Former NYPD Commissioner Howard Safir argues police must deal with protests and not give up their cities because they are afraid of political correctness.

A machete-wielding man in Dallas was brutally beaten by rioters on Saturday night after police said he was allegedly trying to "protect his neighborhood from protesters."

"The victim went to the 2200 block of N. Lamar Street (House of Blues) carrying a machete to allegedly protect his neighborhood from protesters," Dallas Police spokesperson Carlos Almeida told FOX Business. "The victim confronted protesters while holding the machete and was subsequently assaulted by the protesters. He was transported to an area hospital where he remains in stable condition. This remains an ongoing investigation."

Graphic footage taken by Elijah Schaffer of Blaze TV shows the man rushing toward a few rioters with a machete. Within seconds, protesters descended on the man, hurling rocks at him, kicking him in the head and beating his face with skateboards and fists.

Schaffer said he "saw him appearing to defend a store," but could not confirm he was the owner of the store.

Witnesses, including the cameraman, are seen rushing over to help the man and one is heard yelling "Turn him over," while another cautions, "Don't touch him."

Police found the man in the Victory Park area of the city slumped over in the street with blood pouring from gashes on his head. The victim was badly injured by the stomping and kicking from the rioters, but was able to sit up and was seen holding his hand to his head before being taken away in an ambulance. 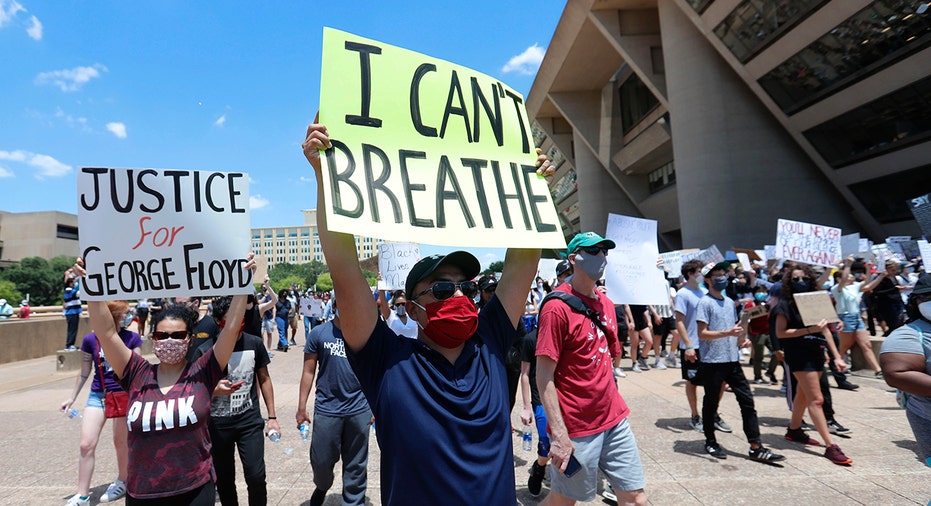 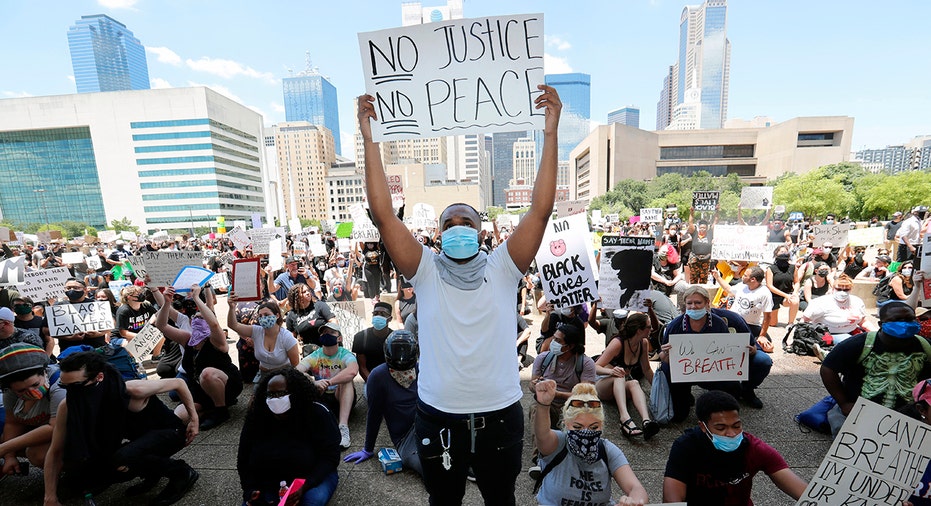 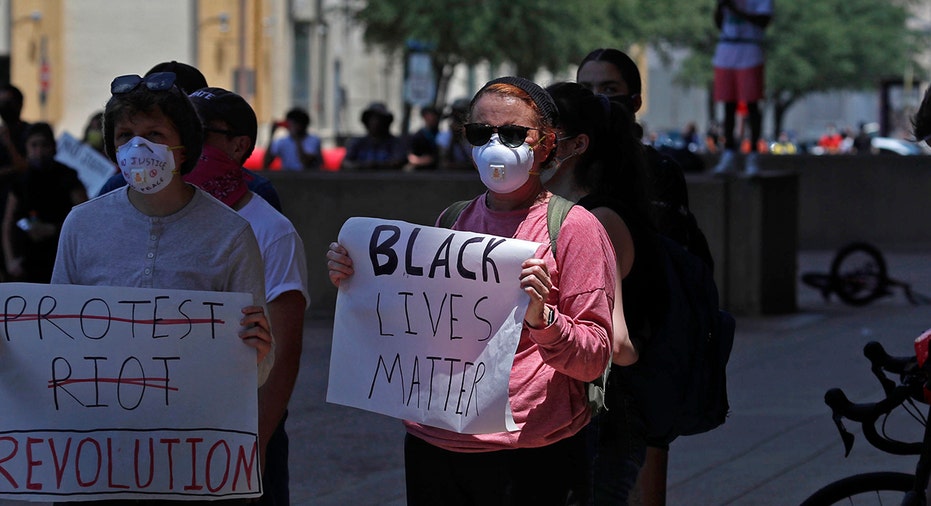 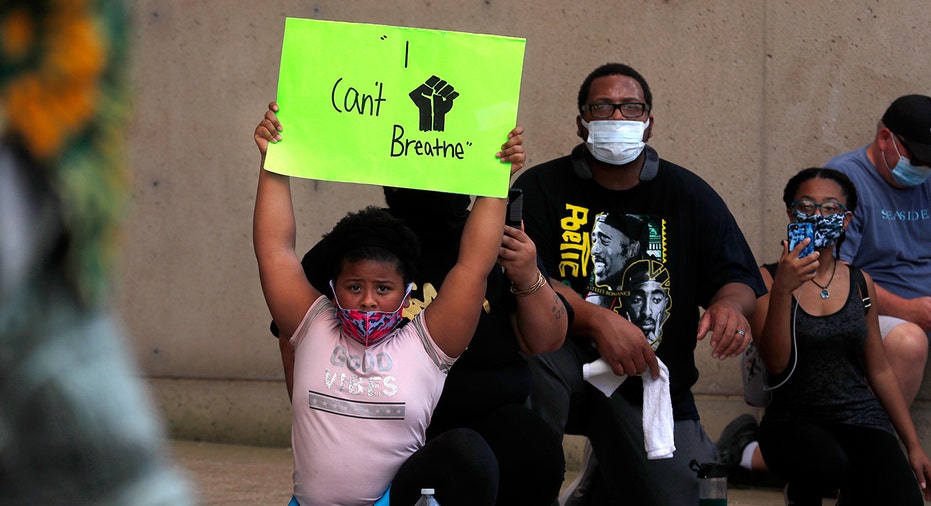 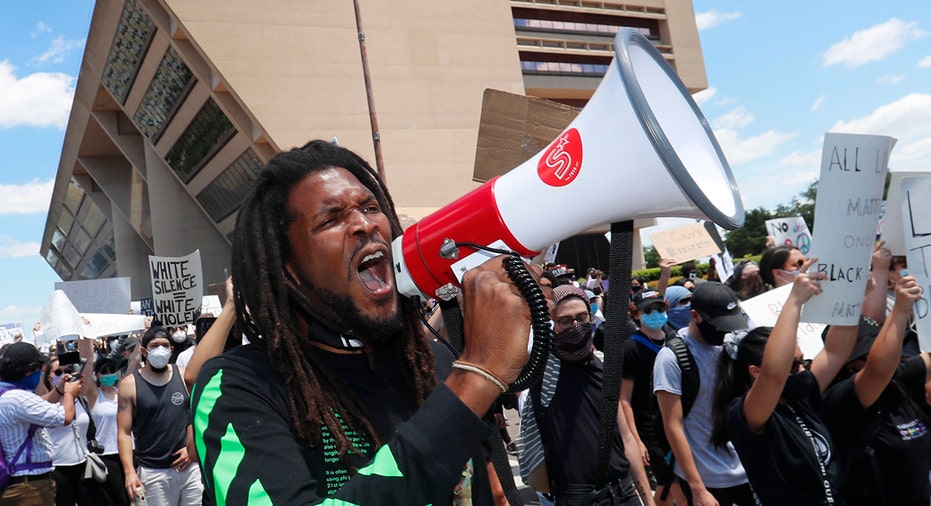 Protesters demonstrate in front of Dallas City Hall in downtown Dallas, Saturday, May 30, 2020. Protests across the country have escalated over the death of George Floyd who died after being restrained by Minneapolis police officers on Memorial Day. (AP Photo/LM Otero)

The news comes as riots take place across the country in at least 11 states over the death of George Floyd, an African American man who died in police custody on Monday in Minnesota. 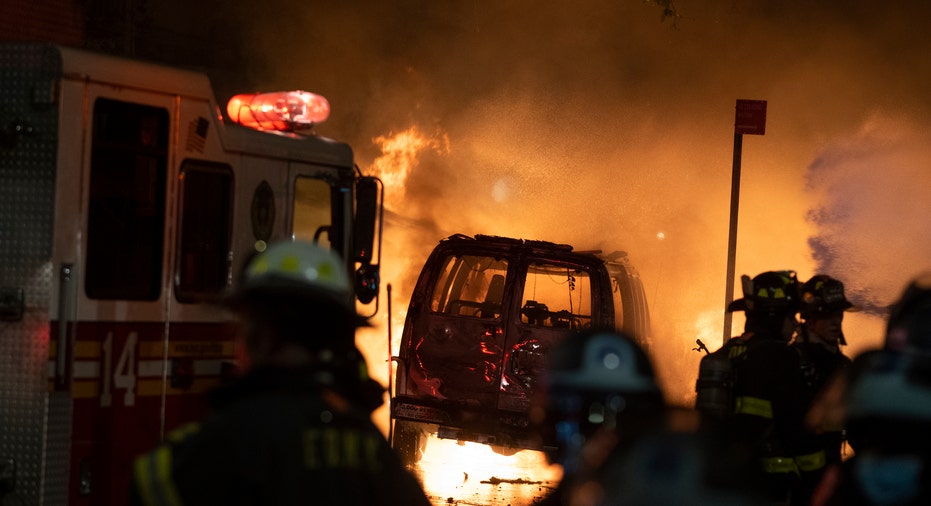 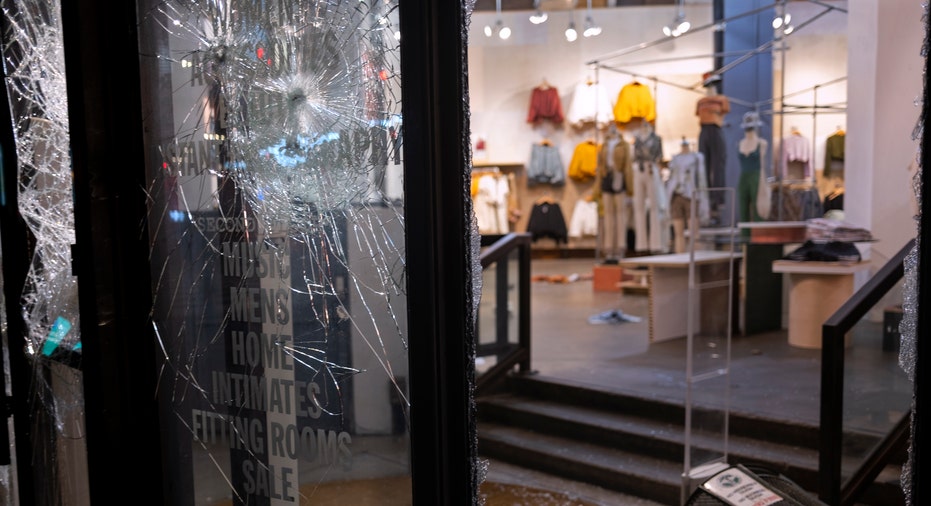 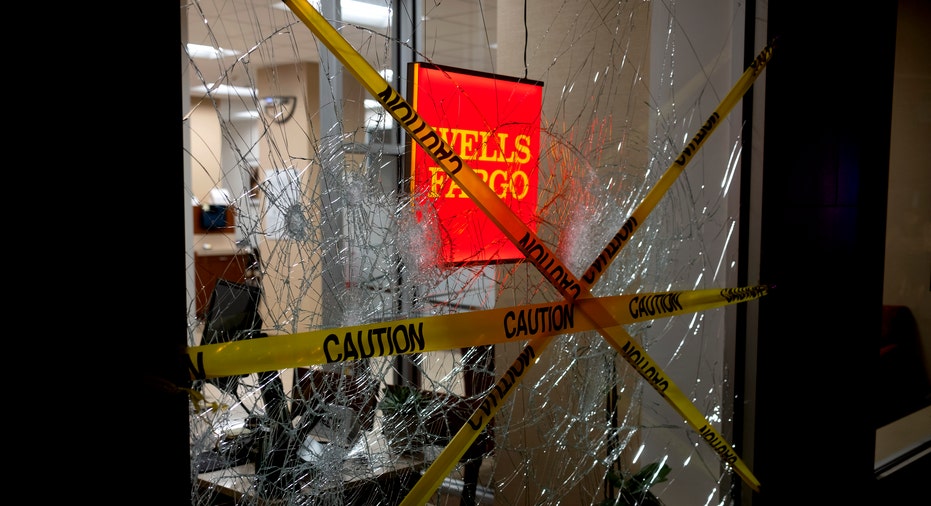 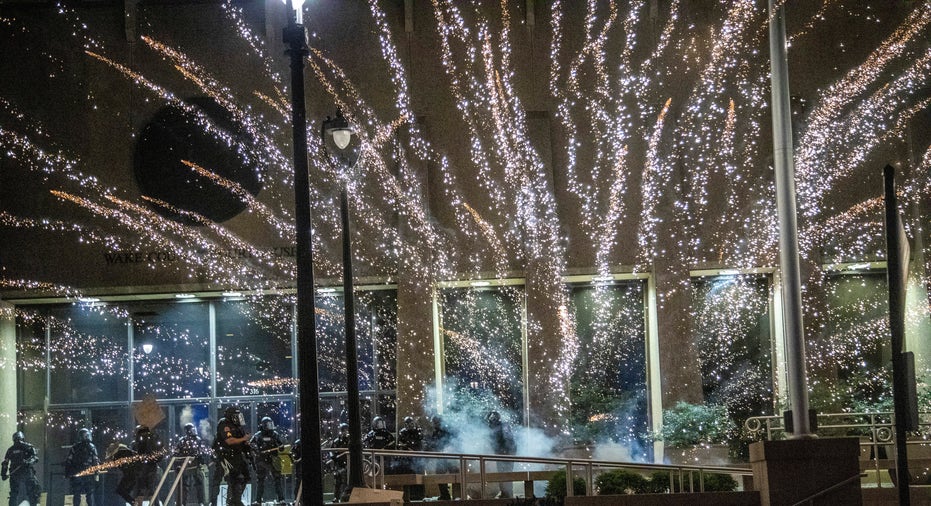 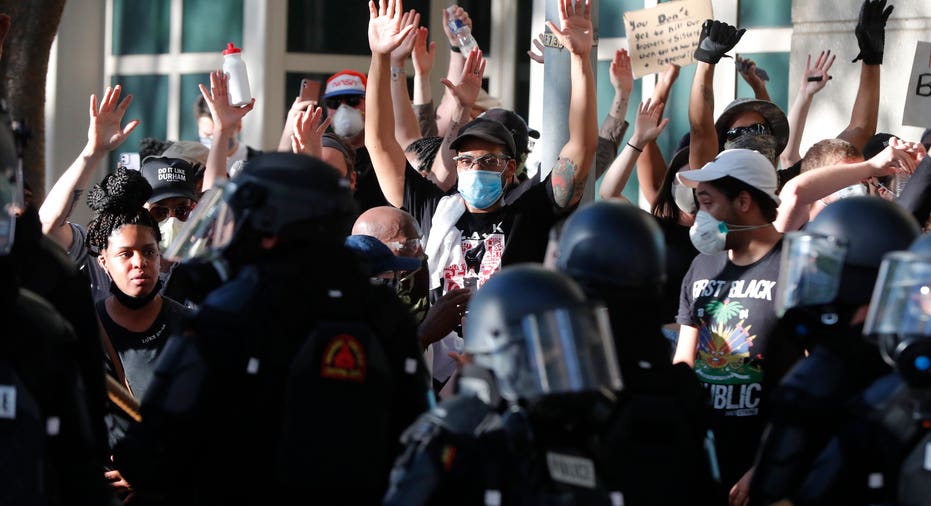 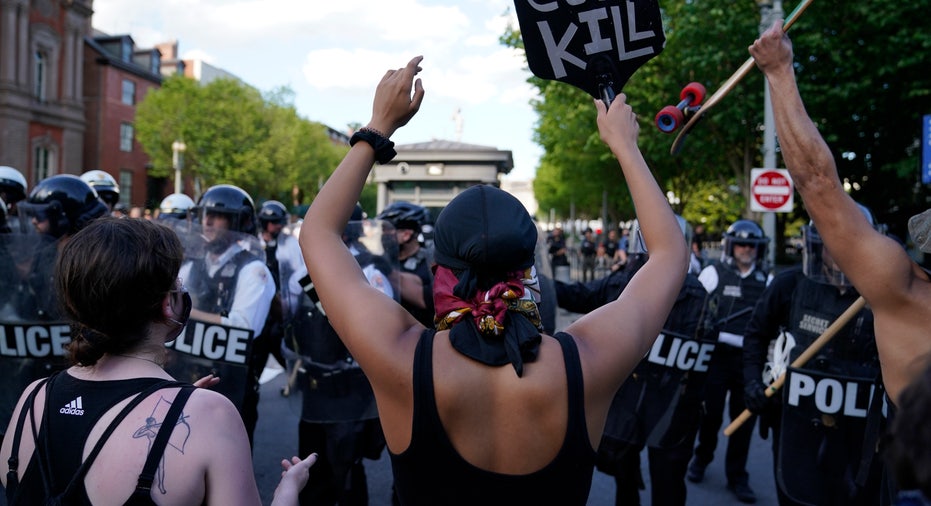 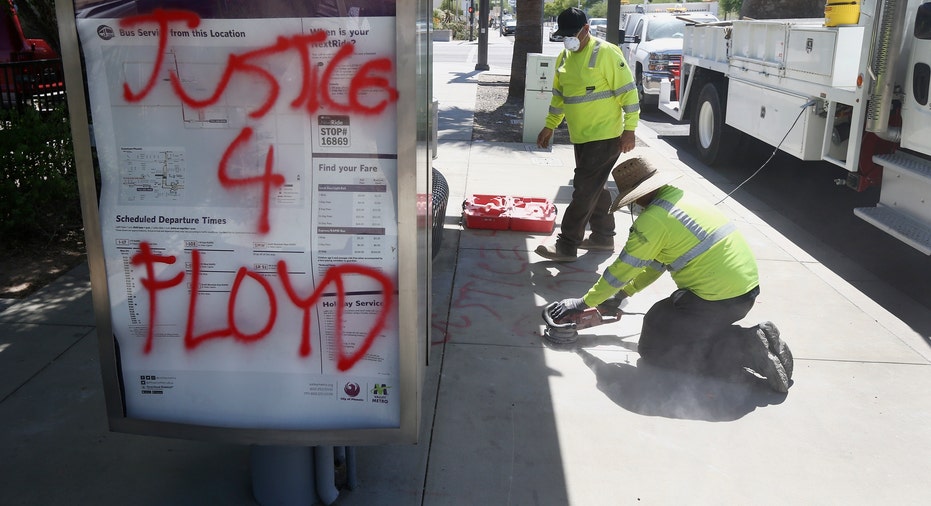 A vehicle burns near New York’s Union Square, Saturday, May 30, 2020, during a demonstration against the the death of George Floyd, a black man who died in Minneapolis police custody on May 25. (AP Photo/Craig Ruttle)

On Friday, authorities arrested Derek Chauvin, the white Minneapolis police officer who pinned Floyd to the ground by placing his knee on Floyd's neck. Chauvin, 44, has been charged with third-degree murder and second-degree manslaughter.