A man has sparked outrage online after saying women shouldn’t use the word ‘vagina’ because it’s ‘vulgar.’

Eric Amunga, who goes by @Amerix on Twitter and is a reproductive medicine specialist, fat loss coach and men’s health consultant based in Western Kenya, penned: ‘Men, Stay away from vulgar women.’

‘A feminine, respectful woman values what she speaks or writes. A woman who easily says or writes ‘f***k’, ‘vagina’, ‘d**k’ is a NO. Vulgar women are damaged women who come with emotional baggage. FOCUS ON YOUR LIFE.’

It wasn’t long before the controversial post garnered over 11,000 likes and hundreds of comments, with many left perplexed over what women should call their intimate areas if ‘vagina’ wasn’t considered appropriate. 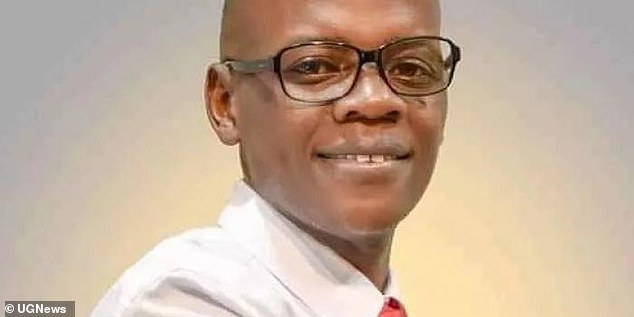 Eric Amunga (pictured), who goes by @Amerix on Twitter and is a Reproductive Medicine Specialist, has sparked outrage online after saying women shouldn’t use the word ‘vagina’ because it’s ‘vulgar’ 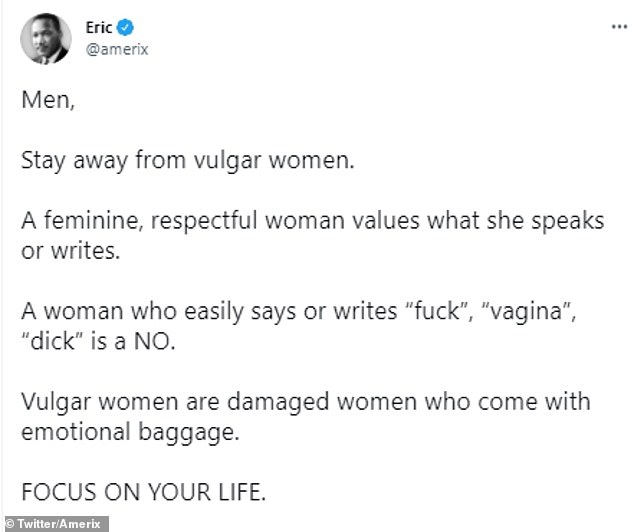 ‘So how does one refer to the female parts?’ questioned one woman, while a second commented: ‘Vagina is vulgar?’ I’m a gynaecologist. What am I supposed to call it, a pocketbook?’

A third wrote: ‘Wow, have we retrograded to the Dark Ages and I didn’t get the memo?’

Elsewhere, a fourth noted: ‘You are a “medical specialist” in REPRODUCTIVE HEALTH or all things… and think it’s vulgar to say the SCIENTIFIC NAME of a woman’s reproductive organ???’

Another agreed: ‘Um, “vagina” is not a curse word. It’s a medical term. It is the correct name for a part of female anatomy. Why did you lump it in with the other two?’ 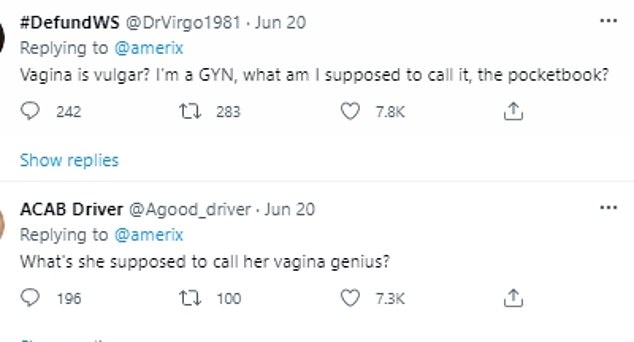 Another sarcastically penned: ‘Did not realise it was vulgar to use the correct anatomical terminology to discuss my own body.’

While at first many questioned whether Eric was being sarcastic, it wasn’t long before many realised his comments were serious.

‘This tweet is yet another example of fragile toxic masculinity that prefers the subjugation of women as second class citizens,’ raged one, while a second commented:

‘We ALL have baggage and anyone who judges for it isnt worth the time. I would rather know a woman that uses those words when they are expressing an emotion than one that uses God while lying to your face.’

However, one person defended Eric and suggested that his comment had been misinterpreted.

‘Depends on what context you are saying the words. They are scientific works yes, there is now the vulgar side of it,’ wrote one. ‘That is what he is cautioning against. Just some decorum on the language. This is just simple to see his point of view. Who want a lady who is vulgar?’