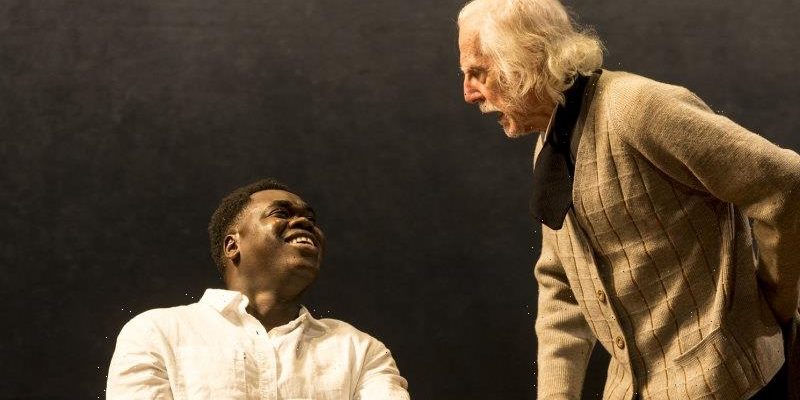 Although someone who’d never seen nor read The Cherry Orchard would be only marginally more familiar with the work after attending this production, it is true to Anton Chekhov’s intent that the play be a comedy. But intent, alone, does not a comedy make, and indeed the mortally-ill Chekhov may have somewhat misjudged his own work, given that its muted drama more than matches its comedy. Similarly, director Eamon Flack, also responsible for this adaptation, has mistaken slapstick, dancing and a farcical amount of running about as amplifying Chekhov’s intent. Yet seldom does all this commotion conjure a laugh. 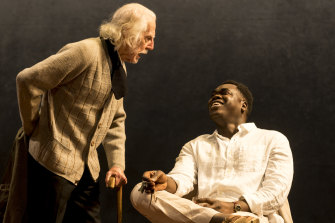 Peter Carroll and Mandela Mathia in The Cherry Orchard.Credit:Brett Boardman

Ultimately, The Cherry Orchard is a comedy-drama of fine detail, with some broader brushstrokes when poking fun at certain characters. The play works best when these elements are in balance, and when we have a clear sense of the implicit attitude towards humanity. Indeed, had Chekhov not been a playwright and doctor, he’d have made a useful God. He observes us with a beneficence that’s decidedly less overt in the incumbent deity and satirises us with unwavering affection, as if ours were merely the sins and foibles of wayward children.

Too often in Flack’s lively production, however, the delicate balances are lost in a helter-skelter rush for quick laughs and the imposition of commentary and dreaded “relevance”. Although most of these people are foolish or blind to a greater or lesser degree, the kindly playwright allowed most to retain some vestige of dignity. Here the only character to be left with a touching level of that intact is Firs, the 87-year-old servant, played with relish by Peter Carroll.

The linchpin is the matriarch, Ranevskaya, and initially Pamela Rabe seemed to fully inhabit this character, but as the play wore on we had too little dignity and too much hand-wringing. Where Ranevskaya’s blindness to the inevitability of losing her cherished estate should arouse some sympathy, instead we had a character with a passing resemblance to Patsy from Absolutely Fabulous; one Rabe certainly imbued with a warmth made explicit in her love for her daughters and her impulsive kindnesses. She just hasn’t made her enough of an innocent.

Flack is too good a director for there not be many redeeming touches, and Lucia Mastrantone’s loud, louche, knowing, fatalistic version of Charlotta, the governess, triggers genuine humour. He’s also opted for Ranevskaya’s brother, Gaev, to be less of a billiards-besotted twit, having Keith Robinson play him in a wheelchair as a relic of a past that can never be part of the future. In a cast of 12, Mandela Mathia bullishly plays the triumphant Lopahkin, and Nadie Kammallaweera is a highly-strung Varya, the adopted daughter forever struggling to find her place.

Chekhov, writing in the wake of the liberation of the serfs and before the Russian Revolution, was concerned with our incapacity to deal with change, a theme Flack has dragged in the direction of our truculence on climate change – implications that could have been spelt out with less neon (but then much contemporary theatre underestimates its audience). The mouthpiece for this is the gender-swapped intellectual, Petya (Priscilla Doueihy), who tells us that “I keep feeling that something is about to go horribly wrong”. Ranevskaya, by contrast, reassures her brother that “There’s always a tomorrow”. That dichotomy lies at the play’s heart, and certainly Flack has kept that beating, while Romaine Harper’s wide-open stage design engenders much running and shouting, but little mood.