The musician opens up about digging into her past and mining old journal entries to create Home Video, her highly anticipated third studio album. 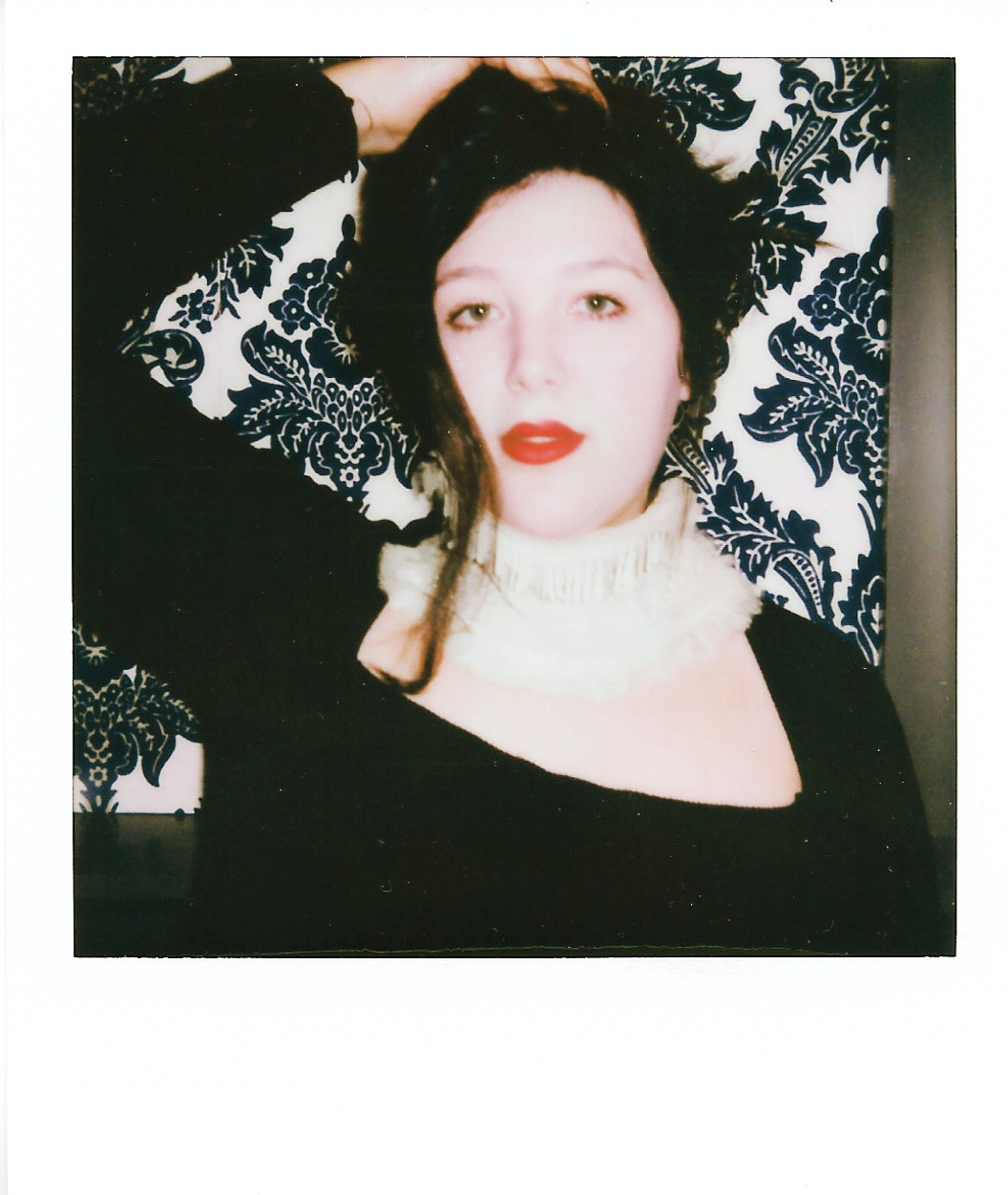 Richmond was getting a little weird. Until recently, Lucy Dacus had never lived anywhere else, but as the 26-year-old rock musician became more recognizable, one of the very things she loved about the city—its size—started to close in around her. A neighbor inadvertently shared her address, which is how a drunk stranger ended up approaching her at a brewery knowing her exact house and street. People showed up at her door. So, in late 2019, she moved four hours up the coast to Philadelphia, where she now shares a house with six roommates.

“I just wanted to prove to myself I could be somewhere else,” Dacus told me over Zoom in early April. It was late morning in California, where she was visiting friends after receiving her second dose of the coronavirus vaccine, and she had spent the past couple of hours drinking tea, journaling and reading. (A voracious reader, she had recently started the Joan Didion novel Play It As It Lays. “It’s the right mood, you know?” she said.)

Next Friday, Dacus will release a new solo album, Home Video. Largely recorded in August 2019, it was slated for a fall 2020 release until the Covid-19 pandemic shut everything down. The album was put on hold. Dacus took up tennis. She knit five sweaters. A chronic, lifelong journaler, she started typing up her old diaries—stopping only when she got to around 100,000 words, all from between the ages of seven and 16. “It gives me that strange feeling of like, ‘Who is this?’” she said, “But also, ‘That’s me.’” Now, the distance between when she started recording Home Video and the present seems, at moments, like a fitting one. After all, the record is itself about bridging the gap between present and past selves and asking: What can studying where you came from tell you about how you’ve grown?

Each song on the album recounts specific memories, experiences, and relationships from her childhood and teen years, whether meeting her first boyfriend at Bible camp when she was 13 (“VBS,” short for “Vacation Bible School”) or fantasizing about murdering a friend’s long-absent father during her freshman year of college (“Thumbs”). In other words: It’s about, as she tweeted in 2019, “friendship, kissing, parents, dancing, church, movies, guilt, intimacy, murder, and fear, any questions?” It makes putting out the album scary, she told me.

“It’s a very difficult and loaded place to go,” the musician Julien Baker, 25, said recently. She and Dacus first met backstage at a concert five years ago and have since toured and recorded together. “She does it with a lot of gravity, but also with playfulness.”

The album is also an exercise in world-building. Dacus’s emphasis on narrative—creating precise, sonic imprints of past experiences—is accompanied by a cohesive visual landscape bathed in blues and pinks. She worked with the art director Marin Leong, 25, a multimedia artist and longtime friend who photographed the Home Video album cover, an image of Dacus sitting in an empty theater, a VHS icon beamed onto the screen behind her, and animated the video for “VBS,” among other visual projects. (Leong described herself recently as the album’s “art henchman.”)

“One of our main guiding principles is that we want it to feel sort of childish and playful, but also with an undercurrent of severity and darkness or weirdness, because that is such a big part of childhood,” Dacus said. “You’re becoming a person.”

Home Video is Dacus’s third album. Her first, 2016’s No Burden, was recorded in just a day; its lead single, “I Don’t Wanna Be Funny Anymore,” catapulted her to instant notoriety, earning the attention of some 20 record labels upon its release. Dacus started writing songs that would eventually appear on Home Video—like the album opener “Hot and Heavy” (sample lyric: “you used to be so sweet; now you’re a firecracker on a crowded street”) and “Cartwheel” (“the future is a benevolent black hole”)—in 2017, after returning home from touring for her first album.

In 2018, she released Historian, a sweeping collection about loss and reckoning with death that earned accolades from Rolling Stone, Pitchfork, and others. The emphasis on the passage of time that permeates songs like “Timefighter” and “Historians” shows up again on Home Video, but Home Video foregoes some of its predecessor’s huge scope for more intimate writing. And while she wrote Historian with her audience in mind—“I told myself to make Historian with this goal of, ‘Write these songs so people understand your frame of mind and what you think about,’” she said—Home Video “was for me,” she admitted.

That same year, Baker, Dacus, and Phoebe Bridgers released a six-song EP under the name Boygenius. Writing and recording with Bridgers and Baker proved generative for Dacus’s own work, too: “I just felt like I was allowed to do many more things, be funny or be angry, and take some more risks,” she said; in her own writing, she has tried to be more playful and casual even with fraught, complex emotions and memories. Since then, they’ve appeared on each of each other’s solo projects—for Home Video, Baker and Bridgers appear on “Please Stay” and are part of a group vocal (also credited: musicians like Mitski and Liza Anne, and Baker’s dog Beans) on “Going Going Gone.” Baker provided additional background vocals on the album’s final track, “Triple Dog Dare.”

Over the next year, as Dacus spent many more months away from home on tour, both for Historian and the Boygenius EP, Home Video’s themes began to crystallize. The songs she was writing started to feel consistent. “They were all kind of me, not rewriting my past, but reframing my memories in a way that felt more true than my understanding in the moment that they happened,” she said. Relentless touring also took a physical toll: She injured her vocal cords in Edinburgh in June 2019, forcing her to live in near-silence for a month. She was only just starting to speak again when she went into the studio to record Home Video, which partly explains why her delivery is more hushed—but it’s also an appropriate mood, as if she’s telling a story just for you.

And though the songs are specific and personal, what they convey is more universal. “It’s so much about taking this idea of yourself,” Leong said, “and you examine it over and over again throughout the years and you never really arrive. You never really settle.”

For example, after leaving home for college, Dacus started to come out as queer. She remembers sitting in her bedroom telling a roommate, “‘I have a crush on this girl,’ not meaning it romantically,” she said. “My roommate was like, ‘Dude, you’re gay.’” On “Triple Dog Dare,” Dacus looks back at a teenage attraction to a friend that was complicated by the shame she’d internalized from the adults around her and from growing up in the church. Dacus no longer identifies as Christian, but that shame can sometimes still be hard to shake. So: What is it like to look back at your teen self after coming out? “Total facepalm,” she said, shaking her head. “I’m like, this is so obvious that you and this friend loved each other. You could have, like, dated, instead of acting weird and trying to sabotage each other’s love lives. There’s all these things that I kept myself from experiencing.”

As she was writing about moments from her past, Dacus would sometimes search her troves of journals for the entry where she had originally recorded what happened. But the very fact of remembering or recounting an event also alters memories of the event. “The more you remember something, the more that memory degrades,” Dacus said, citing the writer Lidia Yuknavitch’s 2011 memoir, The Chronology of Water. “That’s so weird to think about, because the same thing happens on computers. Like, files degrade as you open them or copy them,” she went on. “Same with tape and vinyl: The more you play it, it degrades. And so to know that the brain does the same thing, like, the act of revisiting, whatever you touch breaks down,” she said, “that principle of entropy makes everything more precious.”

“This recording will outlast me, you know?” she said. “I will have captured something with this about my youth, and this is what I decided to say.”

We spoke again in early June, the day after Dacus released Home Video’s last single, “Brando.” As the album release drew nearer, she was having a harder time expressing what she hoped people would take away from it, but she was already thinking about how it might be remembered. “I would love it if people were to listen to my records in sequence and notice if I’ve grown,” she said. “I think that I have.”