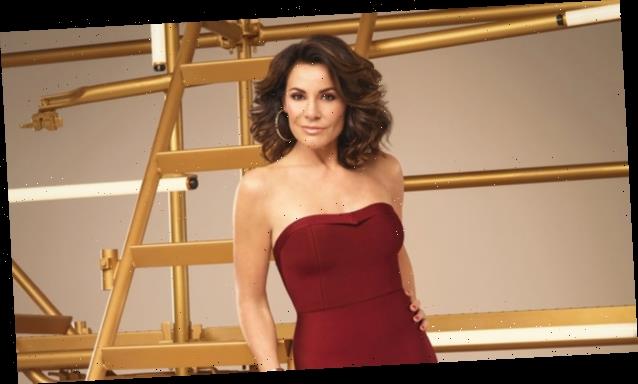 Not only does Luann ‘imagine’ Tinsley will return to ‘RHONY’ for the reunion special, but she dished more show secrets while promoting her new skincare line.

The world may be in quarantine, but that hasn’t stopped Real Housewives of New York City star Luann de Lesseps, 55, from continuing to build her empire. When the longtime reality TV star appeared on the latest episode of HollywoodLife‘s podcast, she dished on everything from a “survival kit” of skincare products that she created with beauty company Sonäge to a new song with Desmond Child that she’ll be dropping at the end of August. Oh, and she also dished on the highly-anticipated RHONY reunion special.

Not only did Luann tell us that she can only “imagine” Tinsley Mortimer will return to RHONY for the upcoming reunion, which Andy Cohen recently confirmed will film on Long Island on Aug. 5, but she revealed that she’s currently “pulling together” outfits as options for her reunion look. “I feel like I try to be as close to myself as possible, [when choosing a look],” Luann told us. “I, you know, I want to look natural and I don’t really want to be over the top. I just want to look great. I just want to look hot. That’s all.”

But what Luann’s most looking forward to is “clearing the air” at the reunion. She told us, “The reunion is like your chance to clear the air, you know, things that you might not have said that you wish you said during the course of filming. You know, it’s that moment … I always go into the reunion with an open heart and with my truth, and I feel like it’s just hard to mess up the truth.”

Considering the RHONY stars will be the first Bravo cast to do an in-person reunion since production shut down mid-March due to the coronavirus, we had to ask Luann how she felt about reuniting with the ladies on set, but she isn’t worried and feels the cast is in good hands. “[Bravo is] going to have all the protocols in place, and so you know, I know that they wouldn’t be doing this in person if they thought we were in any sort of danger, so I’m not too worried about it. I’m, you know, I’m careful myself and so I feel like with six feet apart and masks and everything that’s going to happen in terms of shooting this, protocols will be in place, [so] I’m feeling pretty comfortable.”

Luann went on to spill which topics she’d love to cover at the reunion, including her “relationship with Dorinda [Medley] … what’s going on with Ramona [Singer] and what happened in the Berkshires”, so she said fans should be really “excited” for it when it eventually airs.

Interestingly, Luann told us that she would “welcome” her on-again/off-again rival Bethenny Frankel back to the show if she chose to return for Season 13 — or any season after that. “Bethenny is a big force of nature and character and makes a great, you know, reality star,” Luann told us. And even though Bethenny recently told Fortune she doesn’t see herself going back to the show anytime soon, Luann said, “I never thought she’d be back after her talk show didn’t work out,” so anything could happen.

Obviously, Luann has a lot of stuff coming up, and we’re excited about all of it. To hear her talk more about her new skincare line, forthcoming song titled “Viva la Diva”, and more, click the podcast link above. And don’t forget to catch new episodes of The Real Housewives of New York City Thursdays at 9pm on Bravo.