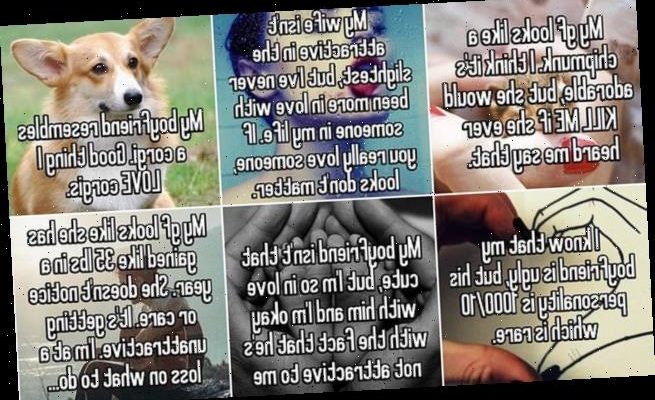 Truth hurts! People reveal what they REALLY think about their partner’s looks in shockingly honest confessions – from a girlfriend who’s ‘getting fat’ to a boyfriend who resembles a corgi

Lovers from across the globe have confessed how they really feel about their partner’s looks with one person revealing their ‘wife isn’t attractive in the slightest’.

Writing anonymously on the secrets sharing site Whisper, people revealed that they did not find their partner physically attractive but were in love with their personality.

One person revealed that they were ‘so in love’ with their boyfriend despite not finding him ‘cute’ and said they have come to terms with the fact they do not find him ‘attractive’.

Another confessed how their girlfriend ‘looks like she has gained like 35lbs in a year’ and said they are starting to find it ‘unattractive’. 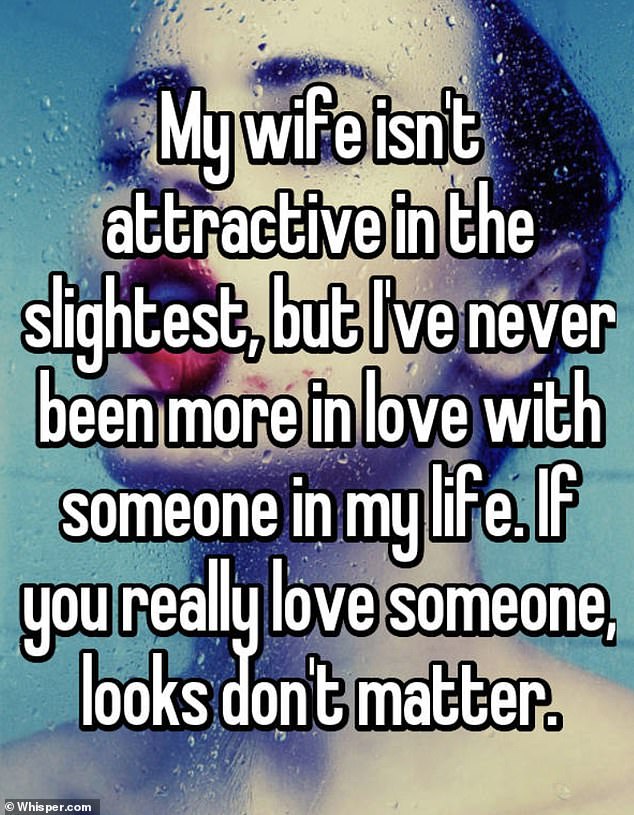 One lover, from an unknown location, revealed how their wife ‘wasn’t attractive in the slightest’ but added how they have never ‘been more in love’ reinforcing how ‘looks don’t matter’ in a relationship 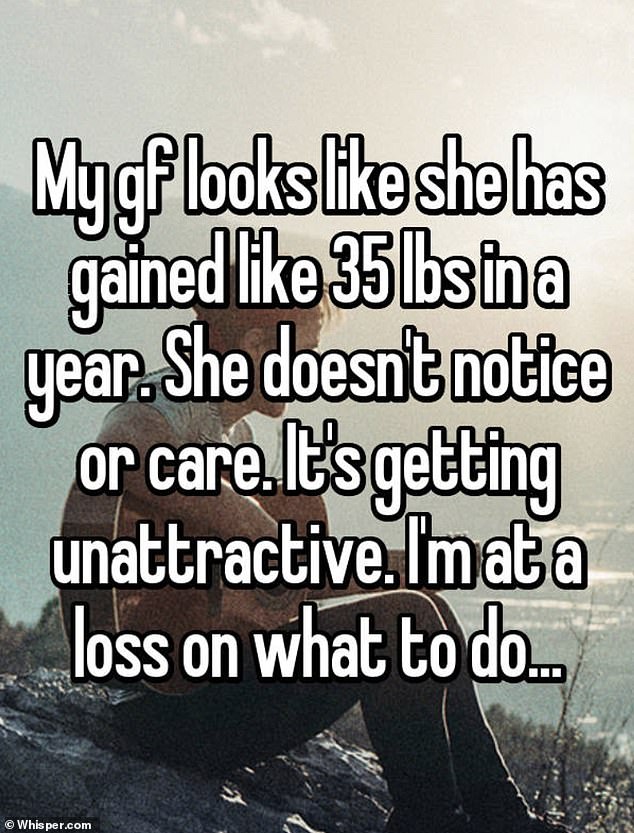 A partner, from Taylor, Michigan, revealed how their girlfriend has gained weight which they have started to find ‘unattractive’ and they are ‘at a loss on what to do’ following her change in appearance 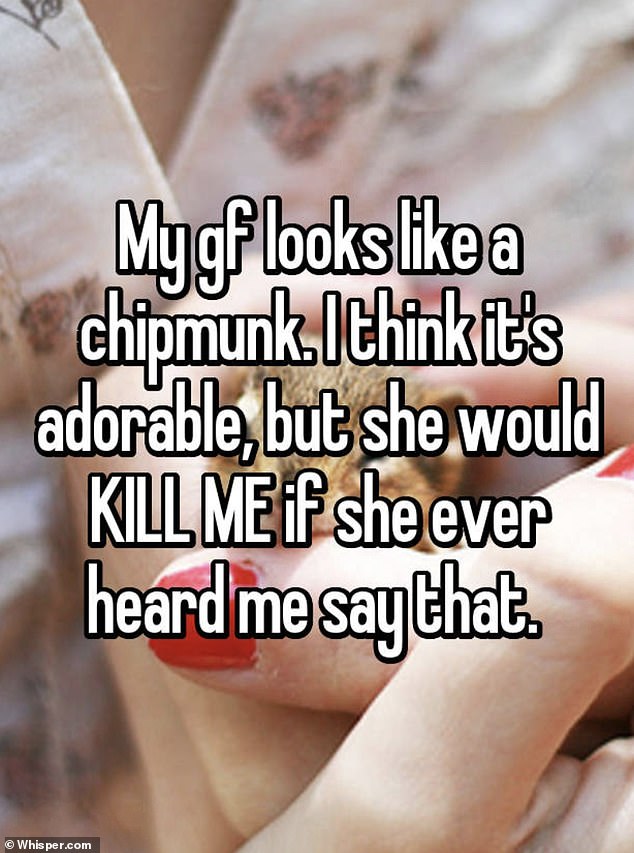 An anonymous person, from Perth Amboy, New Jersey, told how their girlfriend ‘looks like a chipmunk’ but added how it is top secret and she would not be happy if she found out 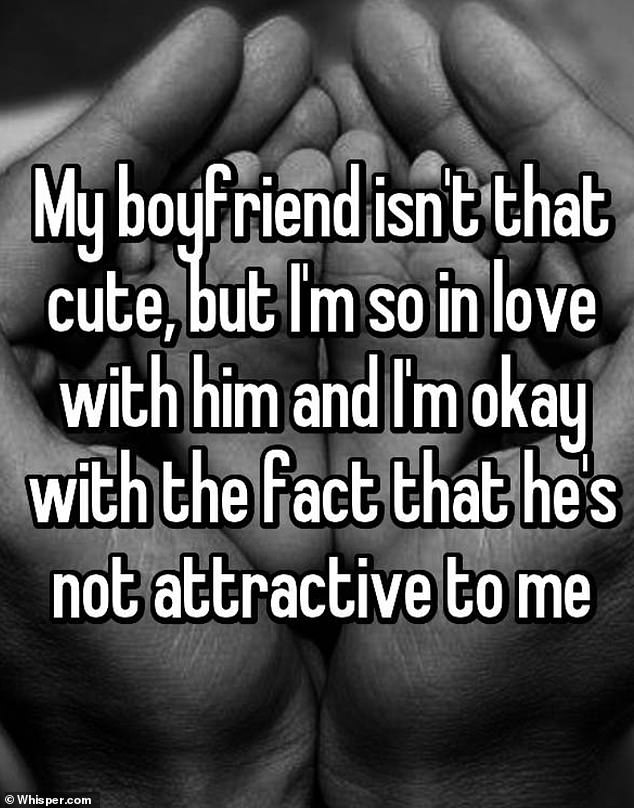 A lover, from Simi Valley, California, spoke of how they are ‘okay with the fact’ their boyfriend is not attractive to them but added how they are ‘so in love’ it doesn’t matter 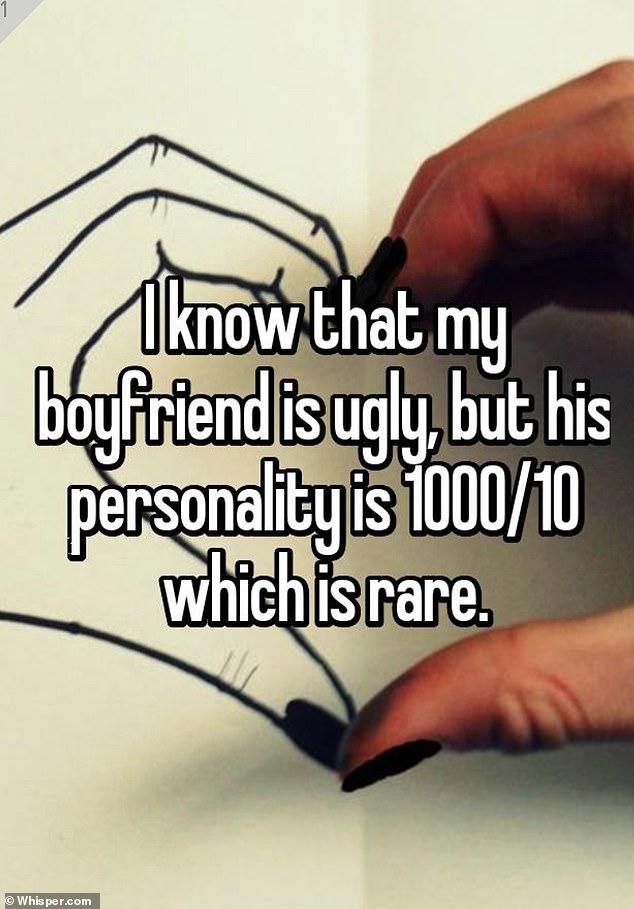 An anonymous person, from Milwaukee, Wisconsin, revealed how they are aware their boyfriend is ‘ugly’ yet added how they have a ‘1000/10’ personality ‘which is rare’ and they love 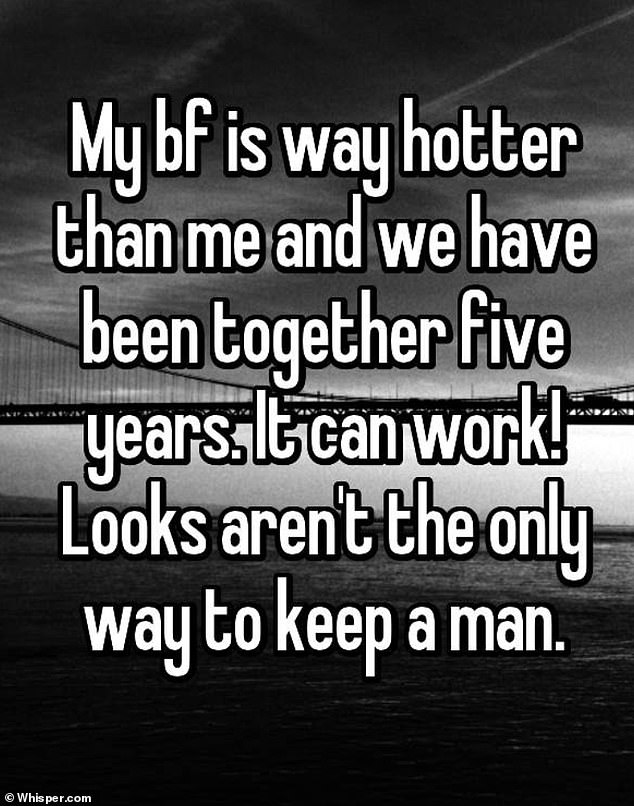 One person, from an unknown location, revealed how ‘looks aren’t the only way to keep a man’ after admitting their boyfriend is ‘way hotter’ than them and added how they have been together for five years 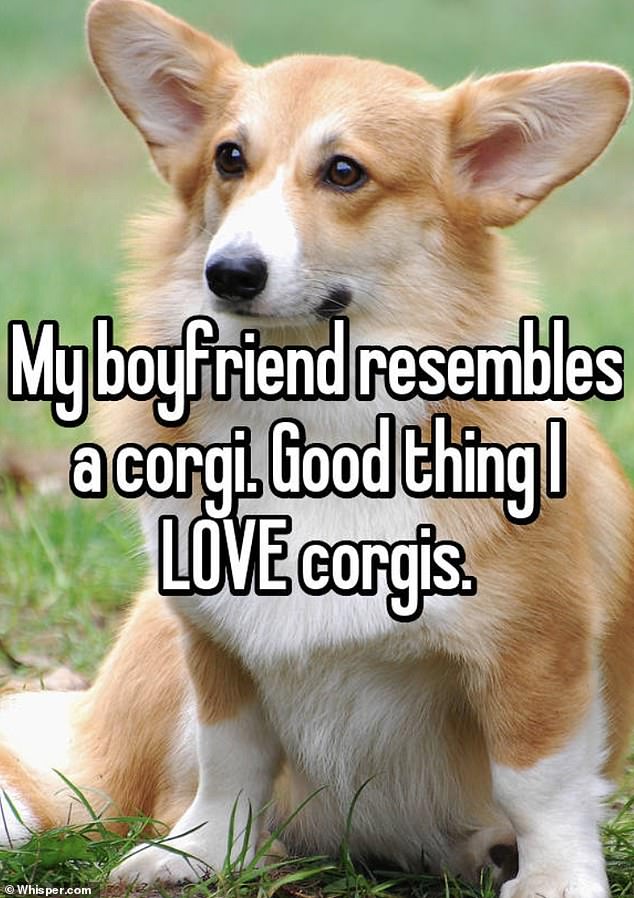 One dog-lover from Boston, Massachusetts, confessed how their boyfriend resembles a corgi but added how they ‘love corgis’ so it doesn’t matter 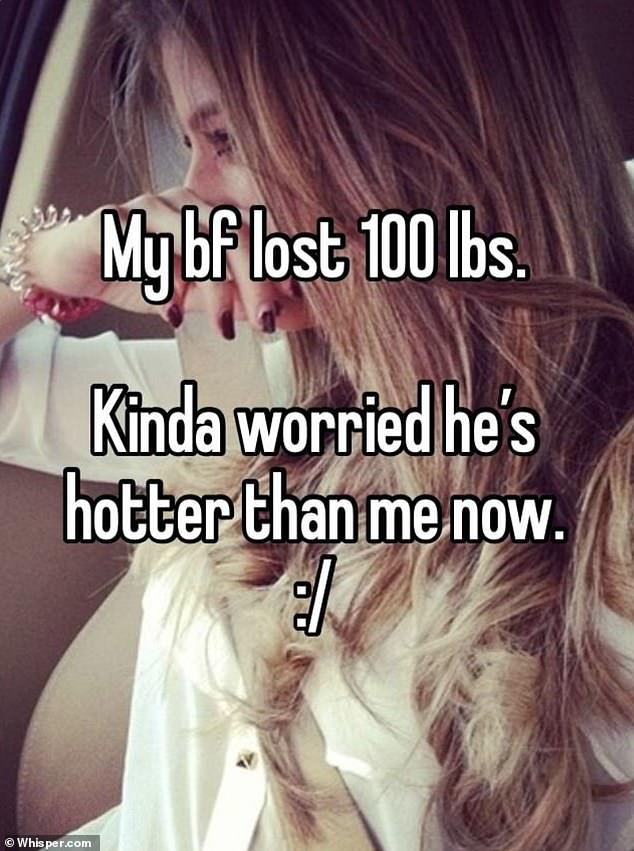 A anonymous person from Piedmont, California, said they were ‘worried’ that their boyfriend is now ‘hotter’ than them after losing 100lbs 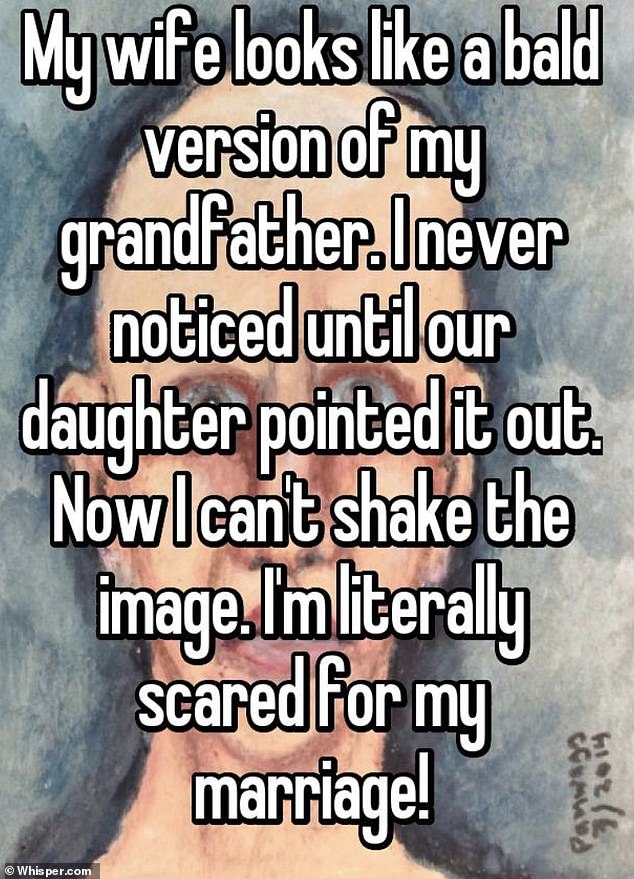 One person from Shaftesbury, England, spoke of how their daughter pointed out that their wife looks like ‘a bald version’ of their grandfather and are now unable to ‘shake the image’