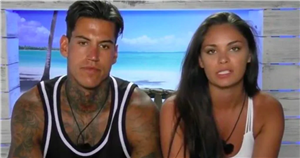 Love Love Island? Our Factor 50 email brings all the goss direct to your inbox

Love Island’s Millie Court and Liam Reardon have livened up the current series by appearing to be very smitten with each other.

There's plenty of sexual chemistry between the pair and the couple recently shared a sexy night in the hideaway – but the scenes were deemed too raunchy for viewers, and weren’t aired on the show.

Bosses at the ITV2 are said to weary of Ofcom complaints and to be paying very close attention to their duty of care to contestants, insiders said.

But the show's history has certainly been peppered with explicit moments and fans will remember some of these steamy scenes.

Terry and Emma put on a show

Terry Walsh and Emma-Jane Woodhams became the first couple on the hit show to have sex on top of the covers – in full view of the other Islanders.

The pair took to their bed and got down to business despite their fellow villa mates being in the room.

The steamy scene attracted a huge amount of complaints and Twitter exploded with viewers criticising the couple’s brazen sex act. Sadly, despite the fact in takes two – Emma-Jane's account had to be disabled after she received a torrent of abuse.

Terry also had a steamy bed encounter with contestant Malin Andersson that year too.

Former Miss Great Britain Zara, shocked fans when she headed to the Hideaway for a night of passion with Alex Bowen back in 2016.

The couple's night of passion was glimpsed during the show and the encounter led to Zara being sensationally stripped of her Miss GB title.

The steamy night isn't one that Zara likes to remember as she has since claimed that having sex on TV “destroyed her life” vowing to quit fame in 2018 amid fears she would always be remembered for being "the girl who had sex on TV."

Three sexy scenes in one night

In 2017 the show recorded one of the raunchiest in its history as not one but three couples were seen getting jiggy with it under the sheets.

The romp-filled instalment on ITV2 brought in a massive 2.4million as viewers flocked to catch the X-rated episode.

Amber Davies and Kem Cetinay cheated on the partners they were coupled with, by getting very cosy indeed in the living room after confessing their love for each other.

And in another ooh-la-la scene, Olivia Attwood got hot and heavy with Chris Hughes while their fellow Islanders Montana Brown and Alex Beattie got steamy in The Hideaway.

Fans were left feeling uncomfortable after appearing to spot Amy Hart's "sex face" when she "did bits" with Curtis Pritchard in 2017.

Before he hopped shipped to Maura Higgins, Curtis and Amy got seriously cosy and the pair had seemed smitten for a while, with Curtis confirming that they'd done "more than kissing".

The then couple were seen getting intimate as they shared a bed – and Amy's facial expression caught the attention of fans at home.

Another wrote: "Ahhhh man did anyone see Amy's face?! Her and Curtis are deffo doing bits."

The 2021 Love Island crew have been spared from having too many of their intimate moments revealed, as bosses try to protect their modesty a little more this year.

But as the series moves on, the couples are getting closer and the girls and boys have their own way of describing how far things have gone under the sheets.

The boys are using football comparisons such as 'own goal' and it's '1-1' while the girls are using different qualification comparisons to describe the levels, such as NVQ level 1, 2 or 3 depending on which 'base' each couple has reached.