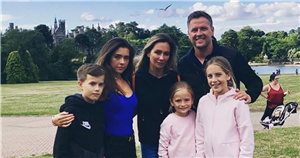 Love Island 2022 is under way, and what a first week it has been!

From Gemma's ex entering the villa to Liam's tearful departure, there have been no dull moments as the hit ITV2 show got into full swing.

As is the norm when the islanders go on the show, a close friend or family member will take over their social media accounts – with Millie Court's pal actually saying it felt like a "full time job" doing so.

And siblings can often take the reigns on social media accounts as their brother or sister heads into the villa.

This year, Luca Bish's sister has been put in charge and she seems to be doing a wonderful job.

Luca is close with his sister, and even has her birth year, 1995, tattooed on his body.

Here, we take a look at other Love Island siblings that we know of, for the cast of 2022… Gemma might be a face on our television screens every night, but she's also the oldest member Michael Owen's four children with childhood sweetheart Louise Bonsall.

The family of six live in a £4 million mansion in Chester with space enough for Gemma's 12 horses.

Michael's only son James Michael Owen was born in 2006. The 16 year old suffers from a rare condition known as Stargardt disease, which causes degeneration of the retina in the eye.

In an interview with The Times, Michael opened up about James' condition and emotionally explained that his son will never follow in his footsteps.

He said: “He will never be a footballer. My son’s got an eye condition. I’ve never said this. I don’t want a big headline.

“Clinically, he’s blind. He’s got Stargardt disease, a degeneration of his retina.

She also has a TikTok account where she gave Love Island fans a peek inside her and Luca's family home, leaving many stunned by the incredible property.

Luca’s sister, Claudia, told The Argus: “It’s such early days, I can’t believe how well he’s taken to it, he does seem really natural – I don’t know if that’s me being biased.

“That hour every evening is honestly such a rollercoaster, but he looks really happy, which is all I can hope for, really.”

Clearly proud of Tasha, the Love Island beauty's step sister Sienna took to TikTok to star a sweet video of them dancing two years ago. Tasha is also believed to have a younger brother named Alexander Ryan Ghouri.

Alexander Ryan Ghouri has an Instagram page where he says he is a Yorkshireman into camping and fishing.

Paige Thorne is believed to have an older sister named Hannah and a younger brother named Liam.

Jacques O'Neill is reported to have a sister, who is a mum.

He's often posting snaps with his adorable niece Sophia on Instagram and captioned a recent photo: "Little girl doesn’t know how much she’s loved already over the moon for my sister she’s absolutely beautiful." Adam has a private Instagram, but describes himself as a Scotland Hockey International.

Bombshell Afia Tonkmor comes from a family of five, and has two sisters.

Her sisters names are Sharifa and Samira Tonkmor and the later can be found on Twitter sharing updates on Afia's time in the villa.

She recently defended Afia after she was called a "liar" by some fans when asked where she lived.

"So somebody can’t move out from their family home again?" Her sister tweeted in response. Amber is one of four children, and the Love Islander previously told the Evening Standard that her family is "fun, outspoken and crazy."

Amber's sister Haylie is a personal assistant at Ofcom.

For all the latest Love Island news, sign up to our daily newsletter here.