Proud of himself! Following one year of working on his wellness, Shayne Jansen showed off his progress with an inspiring message.

Celebrities’ Weight Loss and Transformations: Before and After Pictures

“It’s amazing when you prioritize yourself and you look as good as you feel. I’ve come a long way in a year and I can finally say I truly love myself,” the reality star, 32, captioned before and after Instagram photos of his transformation on Thursday, March 17. 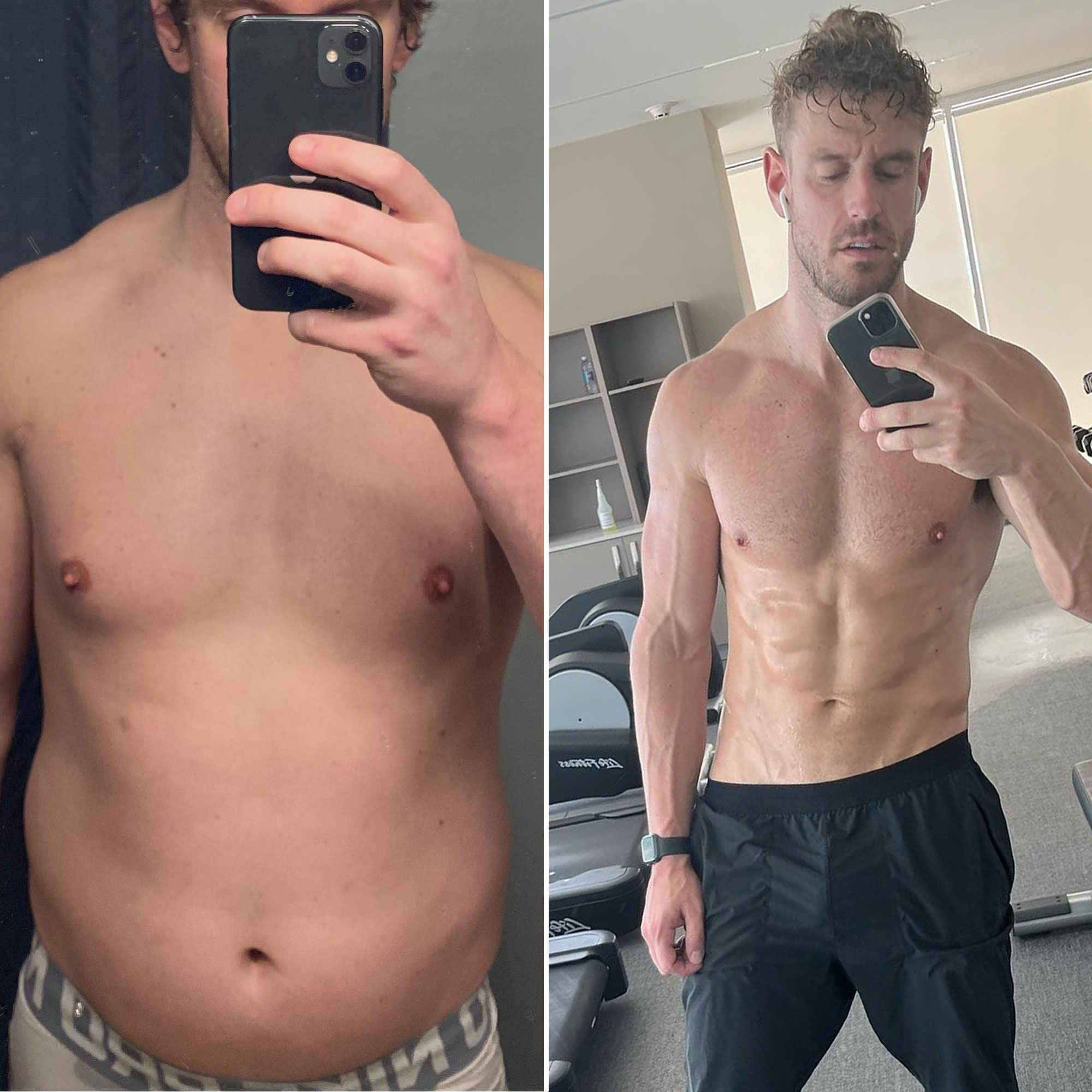 Jansen made his television debut during season 2 of Love Is Blind earlier this year. Viewers watched him struggle to pick between Shaina Hurley and Natalie Lee before ultimately proposing to the consulting manager.

After watching the Netflix series, Lee, 29, admitted that she “wasn’t sure of [Shaina’s] intentions throughout filming” since the hairstylist, 32, tried to convince Jansen that his then-fiancée wasn’t a good match for him. “I actually wasn’t aware of their connection in the pods. So, at the time, I didn’t think of it as a threat,” Lee exclusively told Us Weekly earlier this month.

During the season 2 finale, Lee decided to end her engagement to Jansen following an offscreen argument the night before their wedding. The pair rekindled their romance once filming wrapped, but later called it quits for good.

“We did give it another shot after our wedding,” Lee shared with Us in March. “So we did continue our relationship for several months and we parted ways after that. But we are friends right now and I wish him all the best.”

Jansen, for his part, took to social media to address how his relationship with Lee played out since the Love Is Blind premiere. “As a man watching our story over again I’m remorseful for my actions and all I can do is learn from them to be a better man. I’m proud of being vulnerable and being as genuine as possible. I don’t know what’s next for us but I do know that I will never stop loving you,” he wrote via social media in February.

‘Love Is Blind’ Couples: Who Is Still Together and Who Broke Up?

The real estate broker continued: “To put some other rumors to rest, Shaina and I are cordial and have hung out in group gatherings with the cast (with Natalie), but we have never had nor will ever have a romantic relationship. I wish her all the best.”

One month later, Hurley claimed that she wasn’t trying to get in-between Jansen and Lee when they initially formed a connection.

“The biggest disconnect would definitely be the fact that I was a homewrecker trying to ruin Shayne and Natalie’s relationship,” she said on the “Viall Files” podcast. “And that wasn’t the case at all. Like, because there was so much [that happened] off film — the whole beach scene, the ship with Shayne had sailed way back, weeks prior in the pods. Because everything wasn’t able to be put into the episodes, no one got to see the true story. It definitely appeared that I was, like, trying to break them up, [but] it’s not the case at all.”

The Chicago native also hinted that she was in a “pretty serious” relationship. “He’s been great throughout the whole situation. I’m happy,” she gushed on the March 2 episode.

Hurley made her romance with Chris Lardakis Instagram official on Sunday, March 13, one day before Us confirmed their engagement. “My ride or die forever ♾ ❤️‍🔥 ✞,” she captioned the couple’s trip to Mykonos.

Jansen and Lee, however, have had a shift in their relationship since parting ways. “They are not on good terms at the moment,” a source exclusively told Us. “They haven’t been communicating and stopped following each other on social media.”