What might’ve been. Love Is Blind alum Bartise Bowden thinks that if he’d said yes to his former fiancée, Nancy Rodriguez, at the altar, they’d still be together today.

Which ‘Love Is Blind’ Couples Are Still Together?

“That’s part of the reason why I said no, because I only wanna make that decision one time. Let’s say I say ‘yes,’ and we encounter problems or whatever, we’re sticking together,” Bartise, 27, exclusively told Us Weekly on Monday, November 21. “Her parents are divorced; my parents are divorced. I’m not going through that. So yes, if I said yes, we would still be together.”

The reality TV personality also revealed where he and Nancy, 33, stand now.

“We took probably three to four weeks [apart] after [our] wedding day. Did not communicate at all,” he explained. “And then a month later, she texted me and said, ‘Hey, can we, like, talk and kind of decompress together and go through everything?’” 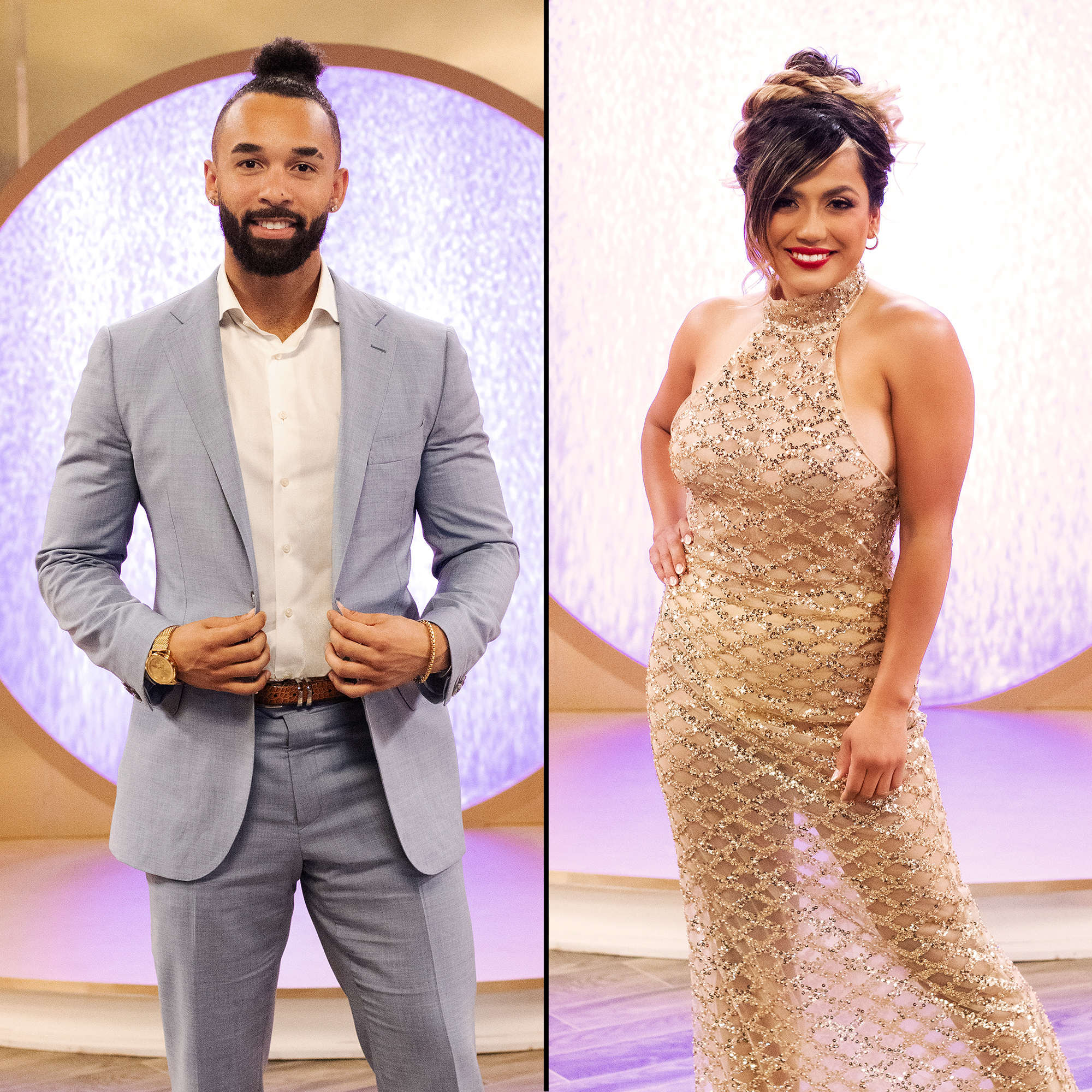 The Texas native shared that he and Nancy spent “like five hours” talking over dinner and drinks. “We decided to move forward trying to be friends. Fast forward a few more months, [and] now we’re both in other relationships. And I found it hard to maintain the level of friendship that Nancy wanted with me while I was also trying to be respectful of a new girl I was dating because, you know, she would get jealous that I was talking to Nancy,” he said.

In terms of what their dynamic looks like today, Bartise told Us that the exes are “cordial work acquaintances.” However, if it had been up to him, they would’ve given their relationship another shot after the wedding.

“That was my plan. I was like, ‘I’m not ready to say yes for the rest of my life with you right now, but … if we keep going romantically then, who knows what we could be?’” he said. Nancy, for her part, didn’t share his optimism and chose to end their romance that day. The CPA shed some light on what he was feeling when his ex-fiancée told him she was done.

“I’m like, ‘You realize you’re cutting me off right now, even though you just said yes to spending the rest of your life with me. Like, how does that make any sense?’ Which I mean, in hindsight, that was just a very emotional display from her because she reached out to me three weeks later,” he explained.

Although the spark between Bartise and the speech pathologist didn’t last, he still thinks that the Love Is Blind experiment was a success in his case.

During season 3 of Love Is Blind, which premiered in October, Bartise was honest with Nancy about finding another woman he met in the pods, Raven Ross, physically attractive.

“It was definitely hard and … embarrassing to watch [that conversation]. … I definitely feel bad about that,” he shared with Us. Raven, 29, got engaged to Sikiru “SK” Alagbada on the dating show. Although SK, 34, said “no” on the duo’s wedding day, they continued to pursue their relationship afterward. The former fiancés announced that they were going their separate ways on Sunday, November 20.

‘Love Is Blind’ Season 1 Cast: Where Are They Now?

“Their relationship really was, like, the most secretive I guess,” Bartise said of Raven and SK, adding that he didn’t have “a whole lot of thoughts” on their split. “It’s not my spot to reach out to them. I’ve come in between their relationship, you know, plenty of times already.”

The University of Texas alum also weighed in on the controversial cuties’ scene between Cole Barnett and Zanab Jaffrey, who also went their separate ways after Zanab, 32, turned down Cole, 27, during their nuptials.

“I think it was just, like, the straw that broke the camel’s back,” Bartise said of the moment when Cole reminded his then-fiancée that they had a “big ole’ supper” planned. During the Love Is Blind reunion, Zanab claimed that the interaction was an example of the realtor trying to control her eating habits.

“I don’t think it looks bad for Cole at all,” Bartise said. “Zanab is not the most secure woman as is, so, like, that is gonna be an issue for her.”