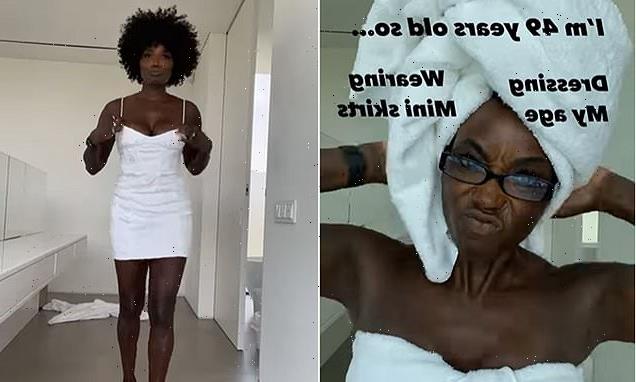 Fabulous at 49! Lorraine Pascale hits back at people who say women should ‘dress for their age’ as she shows off her super-fit figure in a white mini-dress

Lorraine Pascale has hit back at people who say women should ‘dress for their age’ – donning a stunning minidress.

The former-model-turned-chef posted a reel on Instagram showing how, at the age of 49, she feels she has to choose between wearing what she wants and dressing appropriately for a woman approaching 50.

Looking into the camera while getting ready to go out, Pascale wore a towel on her head and around her body with a perplexed expression on her face. 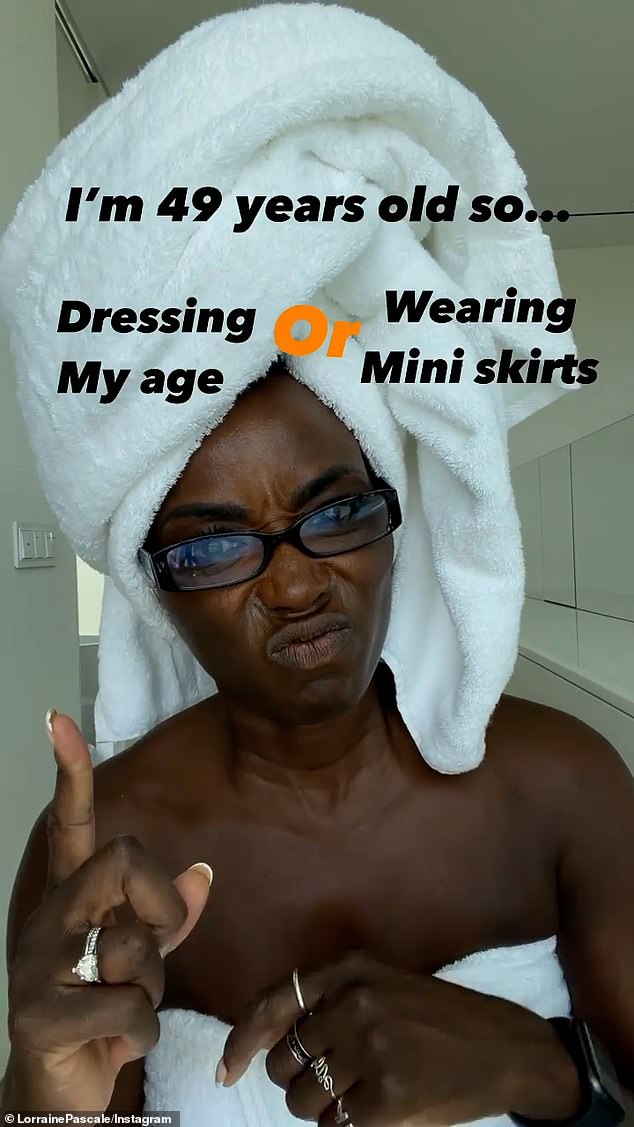 Lorraine Pascale, 49, has posted a reel on Instagram showing other women that there is no such thing as ‘dressing for your age’ and assuring them they don’t have to choose 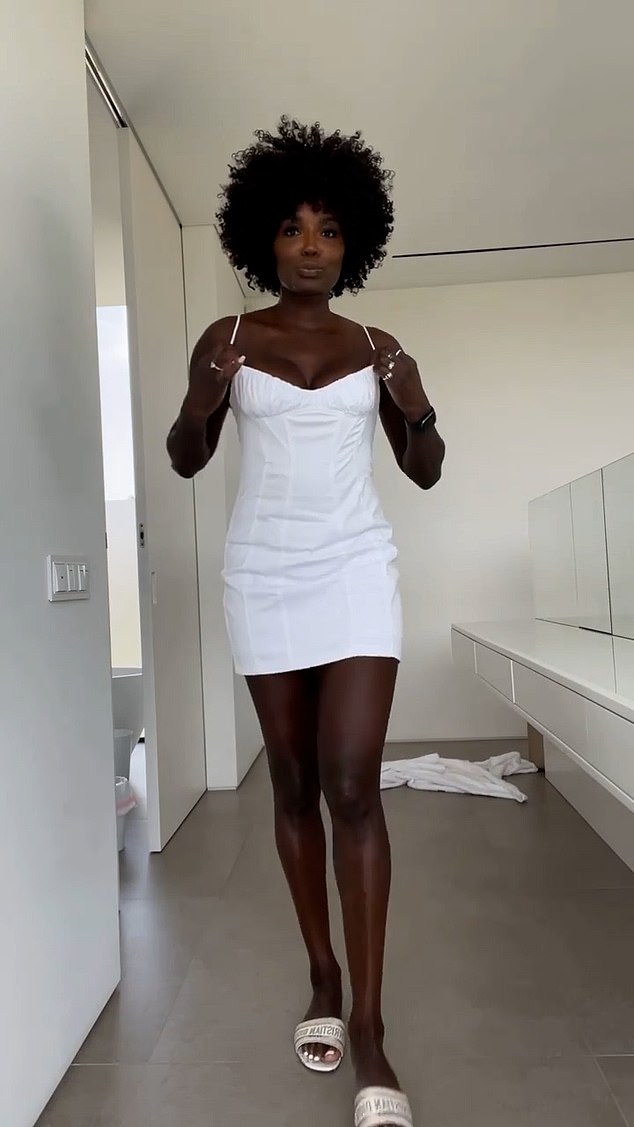 ‘Dressing my age or wearing miniskirts.’

She then asked: ‘Why choose?’

In the next shot, the stunning mother-of-one proved she doesn’t have to decide between the two, and donned a chic white mini-dress.

Adding a casual twist to her look, Pascale paired the dress with white sliders.

While her message was strong, it was slightly hindered by her husband, Dennis, strolling around shirtless in the background.

After showing off her model strut to the camera, she caught sight of her partner walking up the stairs and turned around to stare at him.

As he walked out of shot, seemingly with no idea he had ruined his wife’s poignant video, Pascale turned back to the camera and laughed.

The former model, whose daughter Ella Balinska has followed in her mother’s footsteps in the modelling industry, often posts about being proud of her age as she approaches 50. 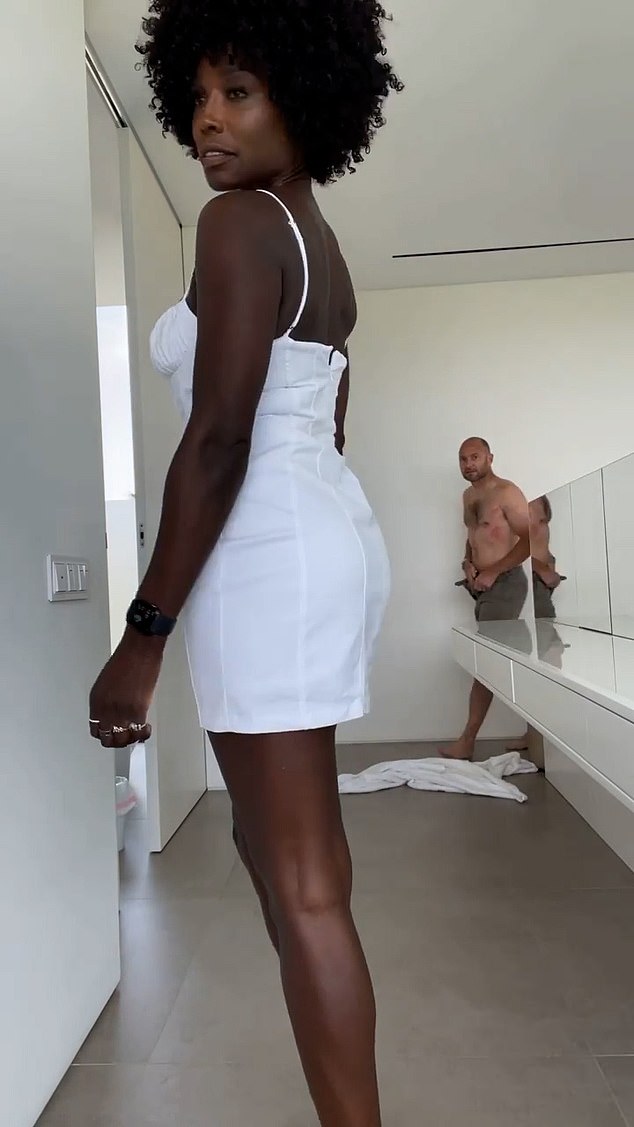 Strike a pose! Harking back to her modelling days, Pascale posed in the mini-dress – while her husband Dennis O’Brien made a surprise cameo

In another reel posted on her Instagram account Pascale appeared at the poolside, relaxing on a sunbed in a Fendi bikini.

She smiled into the camera and punched the air as a voiceover said: ‘This one is for people who were born in the 60s or 70s or earlier.

‘Let’s see your faces. Let’s be proud of who we are.

‘Let’s be proud of ageing. It is to be celebrated.’

The former model, who has written three cookbooks and fronted several cooking TV programmes, often encourages women to go for their goals, whatever their age.

While studying for a masters degree in psychology last year when she was 48 years old, the chef posted an inspirational message on Instagram.

She has also reposted a famous quote from psychologist Carl Jung: ‘Life really does begin at 40. Up until then, you’re just doing research.’

Pascale often earns praise from her followers for encouraging people – and women especially – never to let age stop them.

After posting the reel wearing the white dress, people were quick to thank her for showing that women are beautiful at any age.

Another wrote: ‘Forty-nine and we are doing it like we ain’t never did it! We are alive so we live!!’

And many people said Pascale was right to tackle the idea that women should ‘dress for their age’.

One person wrote: ‘What even is dressing your age? You look fabulous.’