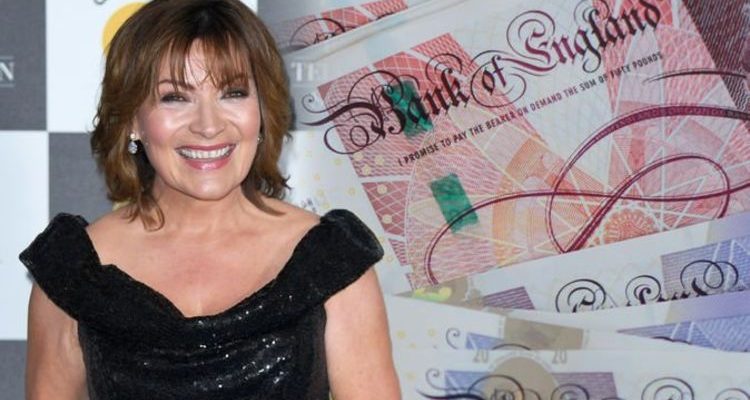 Lorraine Kelly, OBE is a Scottish TV presenter, journalist, and writer. She was born in the Gorbals, Glasgow, before going on to join a newspaper, and later, became an on-screen reporter. Her morning TV debut are in 1984, with Lorraine working as Scotland Correspondent for TV-am. Fast forward six years, and she landed the main presenter role on Good Morning Britain, alongside Mike Morris.

Lorraine, 59, appeared in a whole host of morning TV shows between 1993 and 2010, including Top of the Morning, Nine O’Clock Live, and Lorraine Live.

The latter show underwent a number of name changes, becoming LK Today, and then in 2010, rebranded as Lorraine.

She hosted the show as well as presenting the ITV sister programme Daybreak, but left this role in 2004, in order to focus on her self-titled show for five days each week.

Her small screen success has seen the presenter go on to appear in a whole host of other TV shows.

This includes Have I Got News for You, and tonight, she will return to screens tonight for an episode of the Saturday night chat show All Round to Mrs Brown’s.

Her successful career has no doubt seen the presenter earn a huge amount of money, but what’s her net worth?

Lorraine has amassed a huge fortune over the years.

The presenter has an estimated net worth of $6 million, or £4.6 million, according to Celebrity Net Worth.

Earlier this year, Lorraine made headlines, after a judge ruled that she is a “self-employed star”, rather than an employee of ITV.

The ruling means the presenter scooped a win over a £1.2 million tax case.

Back in 2017, Lorraine put her luxurious seven-bedroom Dundee home up for sale, The Sun reported.

The property, which came complete with an outdoor hot tub and wine cellar, was valued at £825,000.

From one famous face to another, what is the net worth of Anne Hegarty?

She shot to fame after appearing on the ITV quiz show, The Chase, and later went on to compete for the Queen of the Jungle crown in the 2018 series of I’m A Celebrity… Get Me Out of Here!.

And, it seems that Anne, 60, is very rich indeed – with an estimated net worth of around £2.3 million – according to Celebrity Net Worth.