Loretta Devine revealed that we might be getting a sequel to Waiting to Exhale. The Emmy and NAACP Image award-winning actress was a guest on The Tamron Hall Show when she admitted a project might be in the works soon.

The 1995 classic based on Terry McMillan’s novel follows a group of Black girlfriends during a one year period in Arizona. Navigating their way through worthless men, wayward children and worrisome parents Savannah (Whitney Houston), Bernadine (Angela Bassett), Robin (Lela Rochon), and Gloria Matthews (Devine) hold on tightly as they wait for their moment to exhale.

McMillan is reportedly trying to acquire the rights to the story for a reboot. “I know that Terry and I think Lee Daniels are working on something because she’s been trying to get Waiting to Exhale back for so many years,” said Devine. 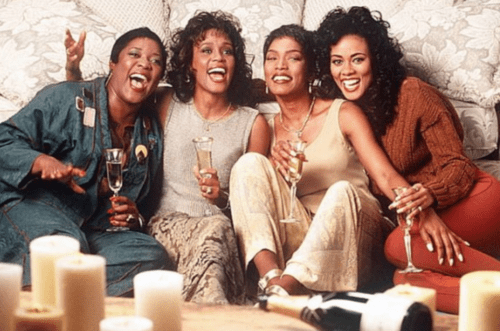 The successful movie adaptation, directed by Forest Whittaker, is a major influence in the Black film canon. “It changed so much for everybody, not just Black women, but also so many shows came out of that with the same girlfriend format that they used,” said the Spell star.

She divulged the story of the reboot might follow the children of the four main characters. “I think they’re doing something about the kids of the women and I think that’s going to be coming out. So look forward. There’s a lot of stuff that’s being developed to look forward to,” she said.

Hall expressed how much seeing four Black women support one another on screen meant to her. “It’s been such a long time not seeing a friendship movie with women of color who are independent,” said the Daytime Emmy winning host.

“This was such a milestone moment for me in my life to see you and that cast together,” she told Devine.

Finally some 2020 news we actually deserve.