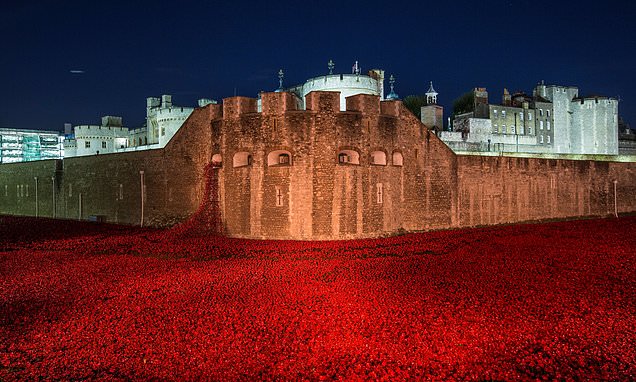 Britain wasn’t a fit land for heroes in 1918 – and tragically it isn’t today: Former head of the Army LORD DANNATT on how the UK is abandoning the military leaving us with the smallest Armed Forces since record began

When the guns fell silent on the Western Front on November 11 1918, there was as much a feeling of relief as there was of celebration that the Allies, now supported by the United States of America, had finally prevailed.

Hardly a community in the country had not felt the agony of war. Only 53 villages in England and Wales could be classified as Thankful Villages – in which all those who marched away to war returned.

The installation of 888,246 poppies in the moat of the Tower of London four years ago – to mark the onset of hostilities – defined the human cost of the First World War for Britain and her Colonies.

Each poppy represented not only a life lost but a family shattered.

The unfathomable scale of the bereavement is the focus of this November’s memorial at the Tower, a sea of flickering candles to mark the Armistice. It is a haunting spectacle.

Sympathy and emotion, while important, are not enough, however. And today, as we look back across the century in Remembrance, we should also reflect on the lessons we have learned from the Great War – and the lessons we prefer to ignore. 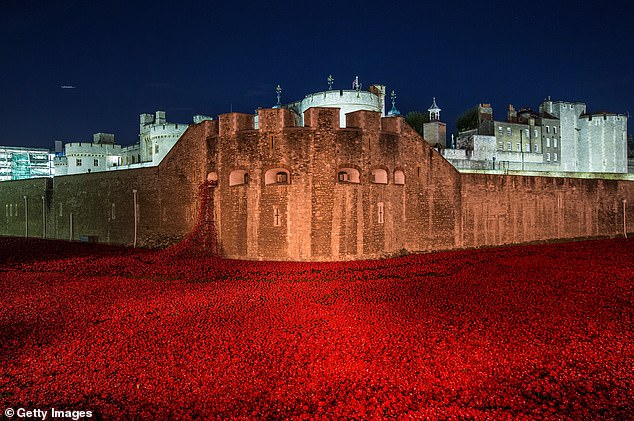 How, in the light of that overwhelming sacrifice do we treat today’s Armed Forces, the servicemen and women on whom we rely? What welcome do we give to those returning home with broken minds and bodies? And just how serious are we in recognising the gathering threat of foreign powers?

One guiding light for the exhausted population of 1918 was the thought of a better and very different future – that, in the words of David Lloyd George, the new Britain would be ‘a fit country for heroes to live in’.

That hope would turn out to be an illusion. After the initial celebration of the Armistice, hundreds of thousands of soldiers returned from the war to a Great Britain that had changed significantly.

The German U-boat campaign to starve Britain into submission had come close to success. The country was nearly bankrupt and food was scarce. Many of the jobs that the men had left to go to war were now filled by women; and many of the men who returned were not the same young men who had gone away.

Tens of thousands were physically mutilated without arms, legs or sight; and tens of thousands more bore mental scars which, while invisible, were as debilitating as any physical injury ever could be. ‘Shellshock’ was hard to explain and even harder to treat.

True, we know a great more about mental illness and physical injury today, but the devastating effects are with us still. Is the Britain of 2018 ‘a fit country for heroes’, for our wounded service personnel or grieving families? In many ways, sadly, it is not.

The resources committed to alleviating post-traumatic stress disorder and other mental illnesses remain woefully short and the need very great. This year has seen a spike in the number of suicides among serving personnel and veterans of the recent campaigns in Afghanistan and Iraq. 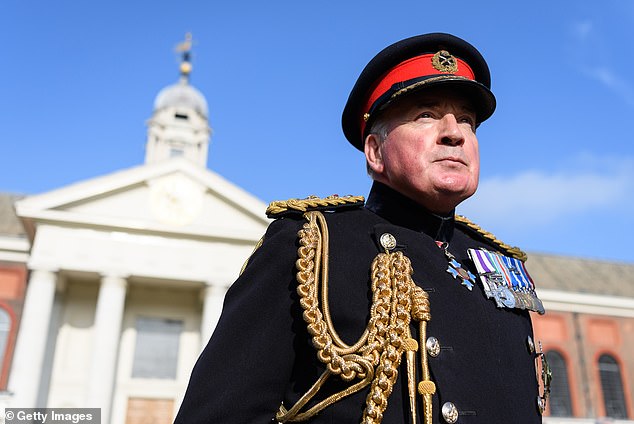 Sympathy and emotion, while important, are not enough, says former Chief of the General Staff Lord Dannatt

In 1918, most returning veterans suffered in silence – it was a generation that did not talk about the war. Today there has been a welcome change in culture which allows those with mental health problems to ask for help. If they have the courage to ask, they must receive what they need, which is why I joined The Mail on Sunday in a successful campaign for a round-the-clock helpline.

‘A fit land for heroes,’ was not the only misleading slogan of 1918. The nation had also clung to the belief that the conflict was a ‘war to end all wars’ and continued to do so for years to come.

This proved not merely mistaken but dangerous, and embracing it left Britain vulnerable.

In the warmth of victory we forgot some of the cold realities, including the lessons of our own success. Take the decision to abandon trench warfare in favour of fast, mobile attacks in 1918, a development that would help bring the war to a close.

The integrated use of tanks, artillery and air power had been conceived by the British, yet it was the Germans who paid attention and developed similar strategies in the years following.

The mobile warfare which broke the deadlock in 1918 had been our innovation, yet we had no answer to the Panzer divisions as they crashed into France in May 1940.

The idea that the Great War had indeed been the ‘war to end all wars’ had other consequences, too. It led to a grudging acceptance and appeasement of Germany’s steady expansion in Europe.

We chose largely to ignore the rise of Hitler’s populist Nazi Party and did little as the Rhineland was remilitarised in 1936.

Britain was flirting with disaster and, when rapid re-armament eventually began, it was a race in which we were dangerously behind.

In our failure to take a clear-eyed view of the 1914-18 conflict, we sowed the seeds of yet more terrible destruction. (France, of course, had been under no such illusion and, fearful of having to fight another war against its aggressive neighbour, decided in 1930 to place her faith in concrete and machine guns, and accelerated the construction of the Maginot Line.) 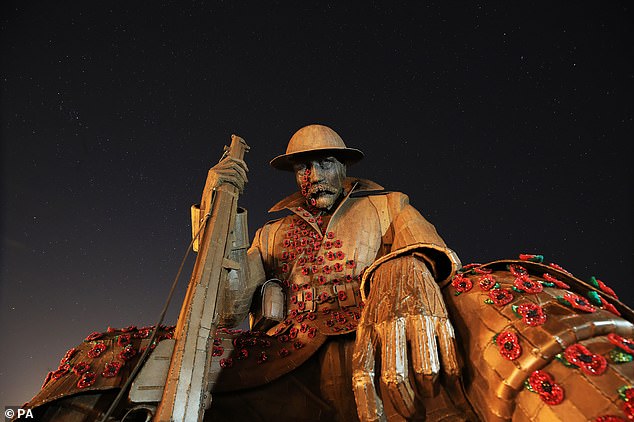 The idea that the Great War had indeed been the ‘war to end all wars’ had other consequences, too. It led to a grudging acceptance and appeasement of Germany’s steady expansion in Europe (pictured: The Tommy War memorial in Seaham, County Durham)

Are we any better prepared today? Our American friends think we are not, and say so very clearly. They believe we have our heads in the sand once again – and they are right.

Europe, in the shape of our exit from the European Union, is the all-consuming focus of the British Government while an opportunist, resurgent Russia watches on with ill-disguised glee and contempt for truth and the international rule of law.

VLADIMIR Putin is developing new forms of warfare in space and cyber-space, careful not to cross a threshold that would provoke a collective reaction from Nato.

The Russians are developing a sophisticated fourth generation main battle tank, yet our Challenger 2 tanks are now 20 years old with no immediate prospect of replacement or an upgrade.

Meanwhile China is developing its military capability commensurate with its growing economy.

The United Kingdom, by contrast, has never spent less, devoting just two per cent of gross domestic product to defence compared with 38 per cent on the National Health Service. This two per cent has bought us the smallest Royal Navy, British Army and Royal Air Force since modern records began.

Decisions on Government spending are political choices, but politicians are influenced by public opinion. And sadly, the received wisdom in Whitehall is that there are no votes in Defence.

Perhaps they are right, which makes it all the more essential that, as we look back across a long and frequently violent century, we must not only commemorate the losses of the past, but learn its lessons, also.

There must be compassion for our living soldiers, sailors and airmen and for the families – so many of them grieving – who support them. And there must be vigilance about the true state of the world.

Only that way can we ensure that the carnage of a century ago is not repeated.