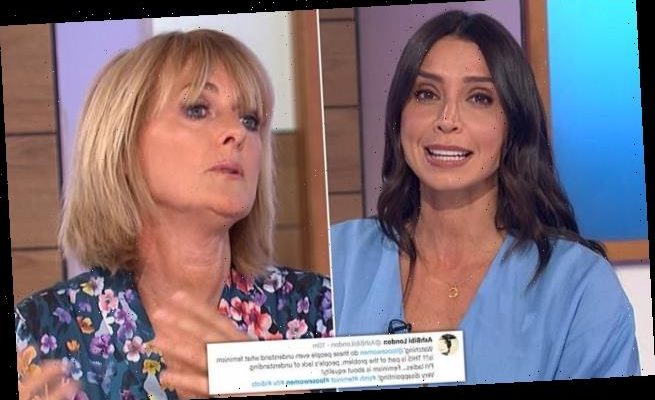 Viewers of Loose Women accused the panel of ‘misunderstanding feminism’ as they debated whether it was ‘anti-feminist’ to want a boyfriend to propose today.

The panel, made up of Jane Moore, Kéllé Bryan and Nadia Sawalha, all insisted they thought it was fine for a women to propose, but Jane added that she feels many young women are ‘absolutely horrified’ at the thought of popping the question themselves.

Meanwhile Christine Lampard explained that while she is an ’empowered feminist’, she would still love ‘being asked’ the big question.

Many viewers accused the group of ‘misunderstanding feminism’, with one commenting: ‘Watching @loosewomen do these people even understand what feminism is? THIS is part of the problem, people’s lack of understanding. FYI ladies… Feminism is about equality. Very disappointing!’ 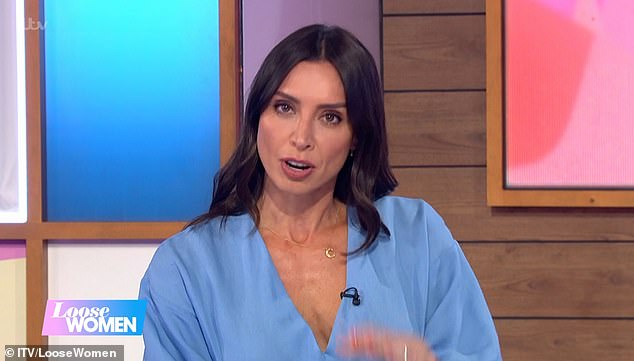 Viewers of Loose Women were left stunned today after the show’s panellists debated whether it was ‘anti-feminist’ to want a male partner to propose, and accused the programme of misunderstanding equality

Christine questioned her co-hosts about whether women who earn more than their partners should pay for the engagement ring.

Jane said she believes they should, but has met many young feminists who disagree, explaining: ‘I always think now we’re in the era when anything goes and equality of the sexes and all that kind of thing…

‘They were waiting for their boyfriends to propose.’ 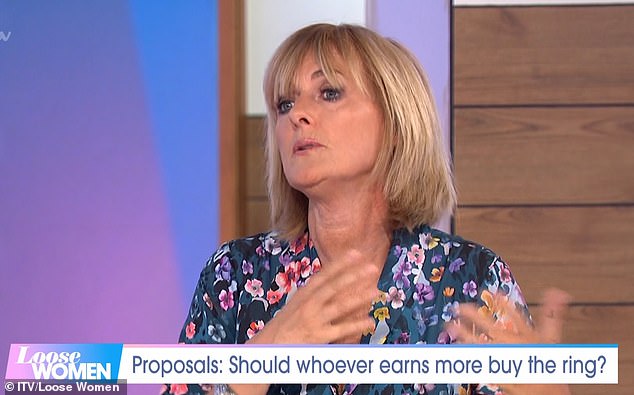 She continued: ‘And I said, “Wait a minute, aren’t you all feminists?” and they said, “Of course, we’re all feminists.

‘So I asked “If you’re all feminists, why don’t you propose to them?” and they were all completely horrified, they said, “Oh, no no, we’re feminists but the man should still propose to the women”.’

Jane continued: ‘I found it odd to be honest. It was like that in my day, I thought maybe we had moved on a bit’.

Meanwhile Nadia also explained that her 17-year-old daughter is shocked at the idea of asking boys out. 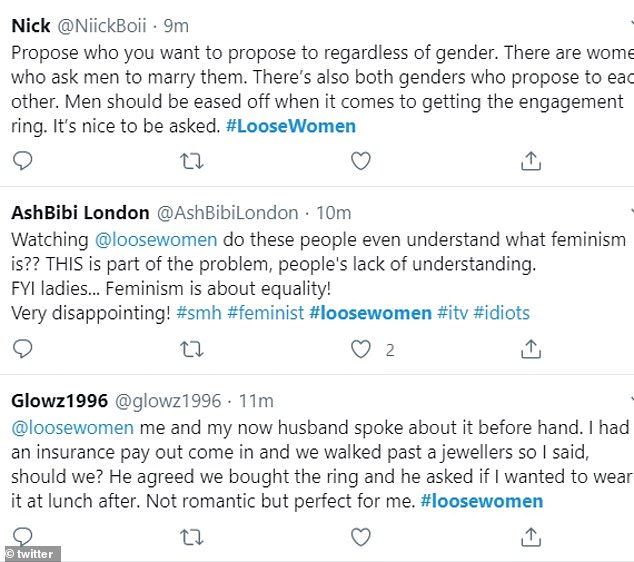 She revealed that her daughter says it is ‘sick and sad’ and ‘a kiss of death’.

Nadia added that she picked out and paid for her ring with her husband, while Christine even revealed that she thinks it is ‘pre-programmed’ into women to want a proposal.

But Kéllé explained she’s asked men out in the past, because ‘blokes can find it a  bit intimidating’.

She added: ‘In terms of engagement rings, what if you’re in a same sex relationship and where does that lie then? What are you trying to say? 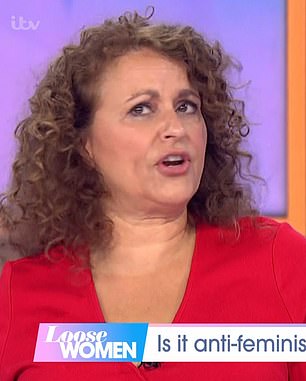 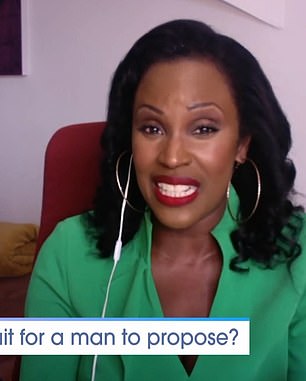 Nadia (left) also explained that her 17-year-old daughter is shocked at the idea of asking boys out, saying it’s ‘sick and sad’ and ‘a kiss of death’ while Kéllé (right)  explained she’s asked men out in the past, because ‘blokes can find it a bit intimidating’

‘Does one have to have a male role and the other a female role? No – just have a chat about it and see, if one person is earning more money…

She continued: ‘I don’t see why you wouldn’t just have that conservation and when you do earn a bit more, you can upgrade.’

Many viewers echoed Kéllé’s thoughts, with one writing: ‘Hey #LooseWomen it’s not just men that ask women to marry women do also, it’s 2020.’

Another tweeted: ‘Propose who you want to propose to regardless of gender.

‘There are women who ask men to marry them. There’s also both genders who propose to each other.

‘Men should be eased off when it comes to getting the engagement ring. It’s nice to be asked. #LooseWomen.’