Iconic! Scarlett Johansson rocked Juicy Couture tracksuits, little body con dresses and, most notably, a leopard-print mini in her 2013 movie Don Jon. And get this: the inspiration behind her character Barbara’s fashion is an unnamed cast member of The Real Housewives of New Jersey.

“I based this character off of one of the Housewives of New Jersey. I won’t tell you which one,” the 37-year-old actress said in a Tuesday, March 8, ‘Life in Looks’ interview with Vogue. “I just was like, ‘I know this person. I know what watch they wear. I know how their hair is styled, the nails. I just was like, ‘Sign me up.’”

While the Black Widow star was all about the very Jersey attire, she couldn’t quite get behind the acrylic nail situation. 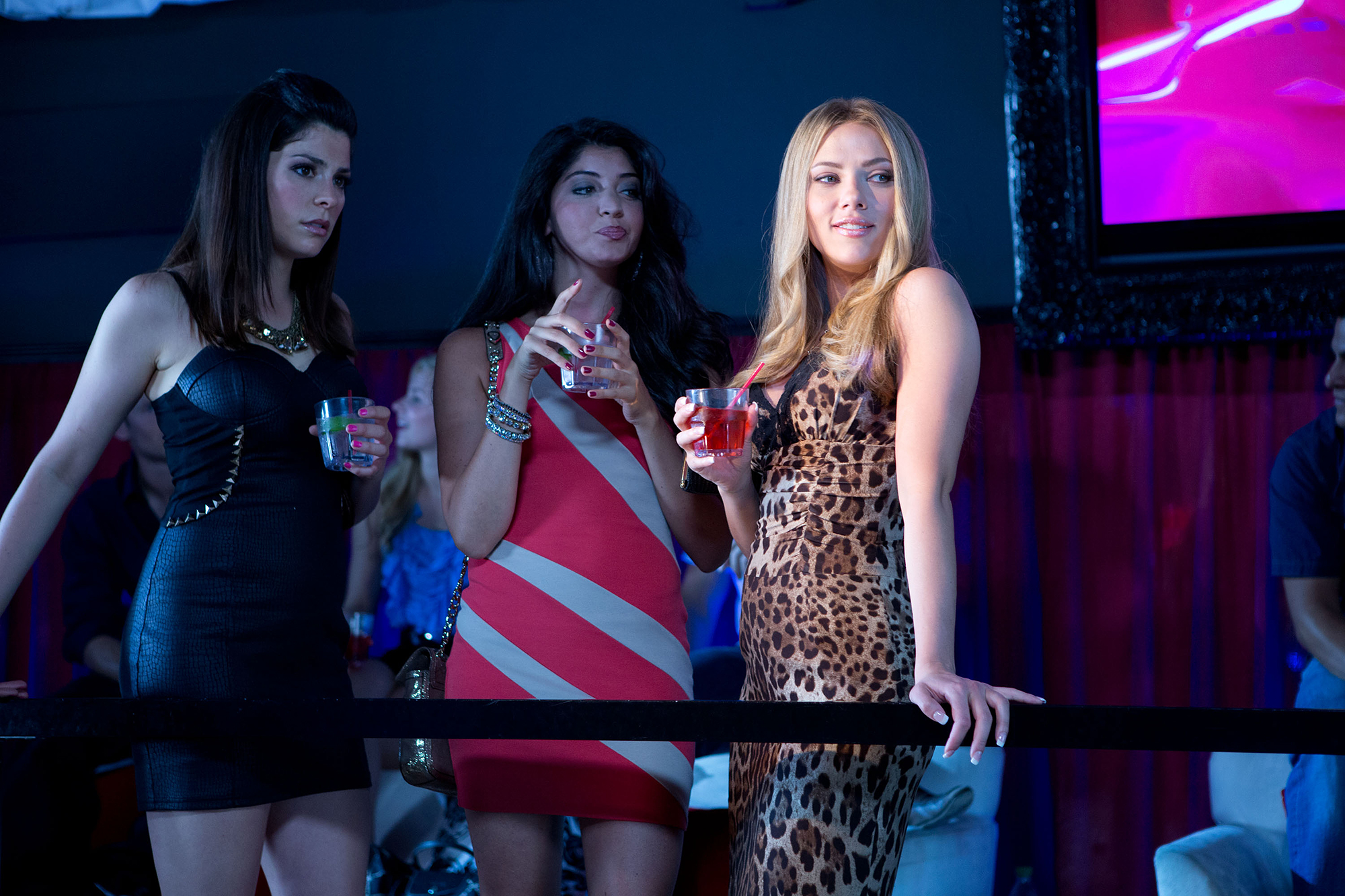 “It was torturous. I couldn’t do anything. They were painful. It was a whole world I’d never been privy to of the fill and the thickness and the thinness. It was madness. I don’t know how people do it, but I have a lot of respect for those people,” Johansson said in the 13-minute video.

A bit of discomfort in costumes seems to be running theme, as the actress went on to reflect on her Black Widow uniform. “Some of the Black Widow costumes are uncomfortable and impractical,” The Outset founder said. “Some of them are better. I mean, it’s evolved over a decade of time.”

She continued: “Playing Natasha Romanoff has been one of the greatest treasured experiences of my entire career. I love the character. I love my Marvel family. It’s been a joy. Every step of the way has been an absolute joy.”

Johansson revealed in a July 2021 interview with Fatherly that her Marvel attire almost took an entirely different turn. While she rocked a “femme fatale” look in Iron Man 2, she told the outlet that producers considered changing her attire to “tennis whites” and a blonde wig for Captain America: The Winter Soldier.

“At the time, Marvel was interested in the character being a shape-shifter. When we were doing Captain America: The Winter Soldier — this is a really funny thing — the look is fantastic and utilitarian,” she told the outlet. “She first drives up in this beautiful car and picks up Cap, and initially in the script, it was like, she arrives in her tennis whites, with a blonde wig. It was very quickly killed.”