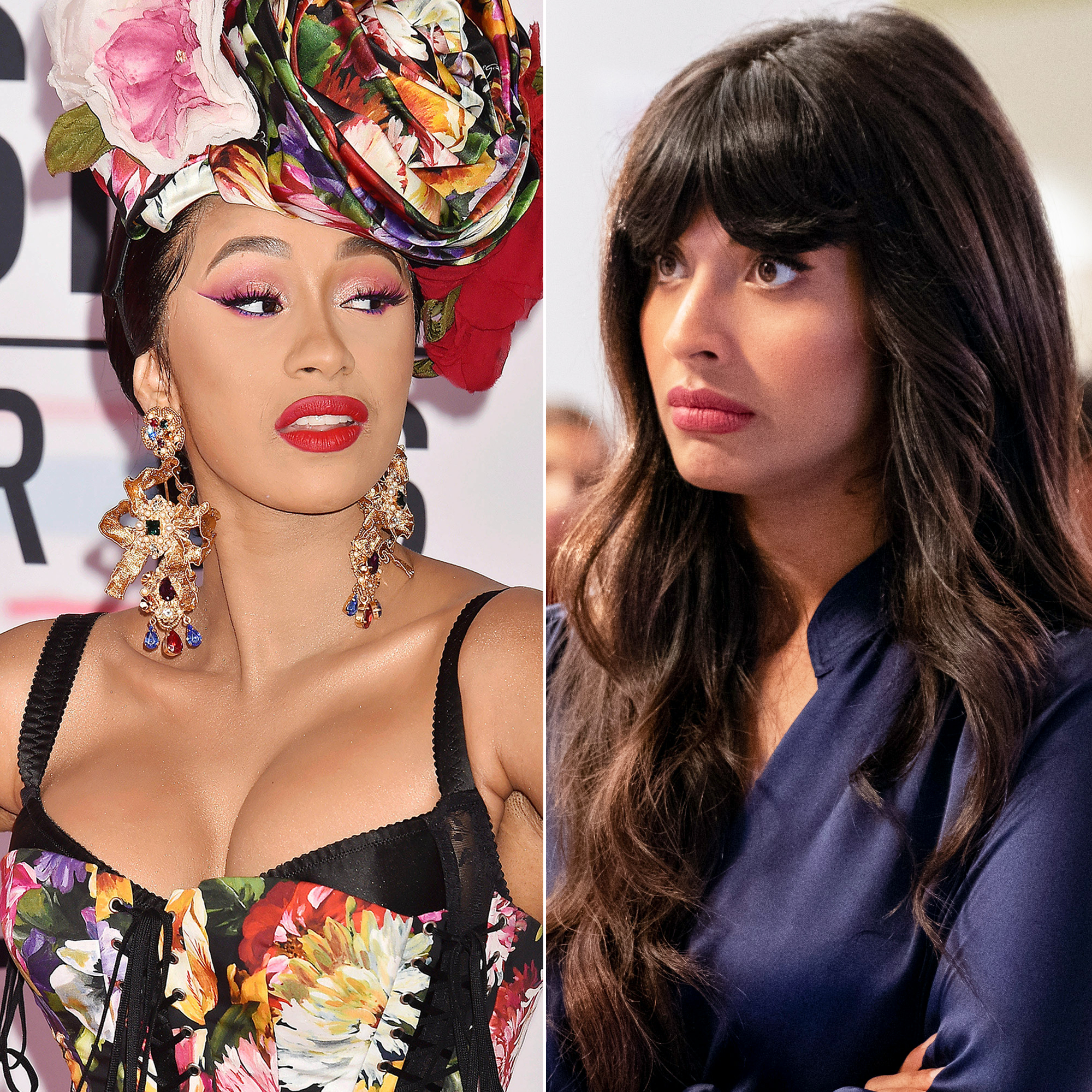 Another day, another feud for Cardi B. The “I Like It” rapper, who is still trading barbs with Nicki Minaj, defended her choice to promote a detox tea called Teami on social media after actress Jameela Jamil called out stars who use their fame as a way to encourage others to lose weight with the potentially harmful drinks.

It all began when Jamil, 32, who has long been an advocate of promoting body positivity, took aim at these weight-loss beverages (and their famous spokespeople) on social media. “They got Cardi B on the laxative nonsense ‘detox’ tea,” she tweeted on Saturday, November 24. “GOD I hope all these celebrities all sh–t their pants in public.”

Not one to be insulted without fighting back, Cardi responded to Jamil’s criticism on Monday, November 26. “I will never sh–t my pants cause there’s public bathrooms everywhere … ooo and bushes,” she commented on Instagram.

Still, the Good Place actress continued her crusade by tweeting photos on Monday of Iggy Azalea, Khloé Kardashian, Amber Rose and Cardi posing with their teas of choice. “Give us the discount codes to your nutritionists, personal chefs, personal trainers, airbrushers and plastic surgeons you bloody liars,” she wrote.

Jamil then went into more detail about her dislike for detox teas in an Instagram post shared on Monday. “I am so sick of the lies. I was so riddled with eating disorders when I was young. I listened to irresponsible celebrities and bought all these bad products and followed their TERRIBLE and toxic diet tips for how they maintained the tiny weight they were,” she began, noting that the dieting has had permanent negative affects on her metabolism and digestive system, while also damaging her fertility. “I was consumed and mentally ill.”

The Brit, who called out Kardashian in an earlier social media post, added, “I am not going to stop until we teach people to be better allies to women and stop selling this not at all medically sound shit and rhetoric to us. UNFOLLOW THE PEOPLE WHO TELL YOU THINGS THAT MAKE YOU FEEL BAD.”

Though Cardi’s retort was funny, she did seem to miss the point that Jamil was making, which is that these teas (which are not approved by medical professionals) can inflict physical harm and cause lasting emotional damage.