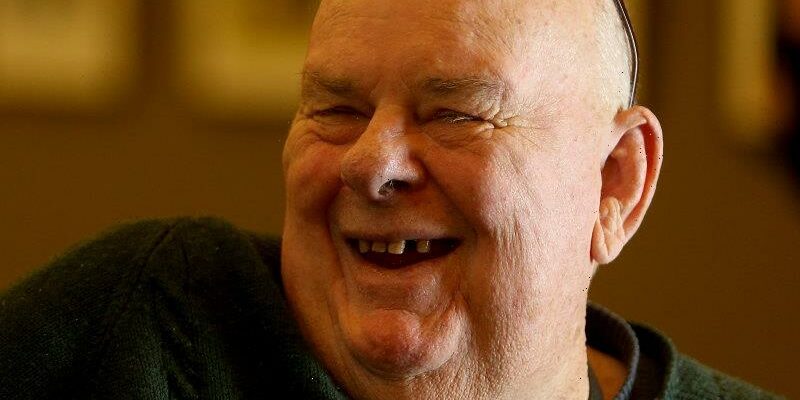 Lauded at home and internationally as “Australia’s greatest poet”, Les Murray was also a controversialist and long-term irritant to the left. Almost three years after Murray’s death, Continuous Creation, a slim collection of more than 50 “last poems”, has been published by Murray’s long-time publisher, Black Inc. Jamie Grant, Murray’s friend and fellow-poet, is not named as the editor of Continuous Creation, but Grant’s prefatory “Note on the Text” makes it clear he acted in an editorial capacity through his choice and collation of the 17 unfinished poems included, and his choice of the book’s title. 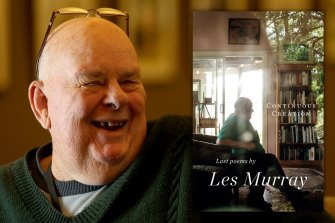 Many of the poems reveal Les Murray’s openness to difference, the marginal and the eccentric. Inset: the cover of Continuous Creation.Credit:Pat Scala

Perhaps appropriately, given its title, Continuous Creation gives no sense that Murray’s linguistic powers were failing in his last years. Murray’s love of the sonic nature of poetry is, as ever, central to his style. The Invention of Pigs, for instance, begins: “Come our one great bushfire / pigs, sty-released, declined to quit / their pavements of gravel and shit. / Other beasts ran headlong, whipping // off with genitals pinched high.”

The pastoral milieu, slightly odd syntax, and attention to detail are typically Murravian. Also characteristic is the use of startling imagery, as seen elsewhere in the collection: “Splintered washboards of cold // are nailed across our sky”; “The cat reaches under its chin / and switches on its brisk engine.”

Continuous Creation is notable, then, for its continuity with Murray’s other collections. There is no “late style” here. Indeed, for a final collection by an ageing poet, the collection is notably no more elegiac, or concerned with last things, than any of Murray’s other collections. There is, though, a formal elegy – a lament for Murray’s old friend Bob Ellis called A Friendship. Not being the fan of Ellis that Murray was, I demur at the description of Ellis’ filmic work as “masterpieces”, but the poem’s ending – a moving and surprisingly comic description of a funeral – illustrates how poetry can make such antipathies momentarily redundant: “Low slung and wooden, you pass on your way / as I prefer all our years to one dressy day.”

That Murray’s last poems offer no great surprises is reason enough for reading this collection (or avoiding it, if that’s your position on Murray).

Continuous Creation continues Murray’s long interest in history (familial, national and global), the interplay between the northern and southern hemispheres, and the everyday. As in his other collections, however, Murray’s interests don’t prevent slack or inconsequential writing. A number of poems in this collection strike me as sub-par, and there are the requisite “WTF?” moments. School Bus Home includes the lines “Poddy Foster goes to Gloucester / for his education. / He’s learned to write and learned to fight / in the smell of menstruation.” Does the obvious satirical tone here (underscored by the use of parody and doggerel) explain such egregiousness? Probably not. 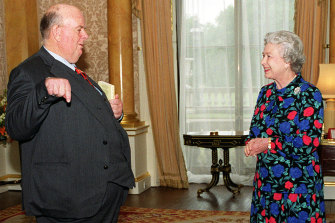 Murray meets the Queen in 1999 after winning her gold medal for poetryCredit:Fiona Hanson

The collection’s final poem, The Mystery, is about the death of Murray’s mother when Murray was 12 years old, an event that led to a family rift and the loss of the family farm. Like School Bus Home, this poem contains a potentially unsettling moment, in this instance the evocation of a local Indigenous man (“old Mr / Lobban”, who is described as the “last initiated man / of the Kattang”) in a poem that claims white dispossession of the land.

Putting aside matters of belonging, one might say the death of Murray’s mother – a moment he returned to repeatedly throughout his career – is the event that hurt Murray into poetry (to evoke a phrase from W.H. Auden’s elegy for the Irish poet W.B. Yeats), and it is memorably rendered by Murray in this ultimate of “last poems”: “The boy the dead woman / has commanded be well schooled / crouches under the grief / that has wrecked his father’s dignity. / He resolves never to cry.”

That Murray’s last poems offer no great surprises is reason enough for reading this collection (or avoiding it, if that’s your position on Murray). While a few of the poems show a remnant of Murray’s attraction to belligerence, most reveal Murray’s (perhaps related) openness to difference, the marginal and the eccentric. Much of Murray’s paradoxical nature might come from this apparent disjunction, as well as his mixing of colloquial and poetic language.

As he wrote in an earlier poem (Cycling in the Lake Country), “we are a colloquial nation / most colonial when serious”. For Murray, “colonial” was a synonym for “authoritarian”, but it’s possible that we can be “most colonial” when colloquial (as our recent prime ministers might suggest).

Murray spent a career asserting that Australian distinctiveness lies within its vernacular. His vision of Australia as a “vernacular republic” did much to affirm a local cultural identity, but to “speak Australian” is not, and never was, a simple or innocent act, something that these last poems by Murray make clear.

But Continuous Creation also reminds us that Murray’s enduring value is found in his fashioning of an Australian voice that was, paradoxically, a vernacular of one.