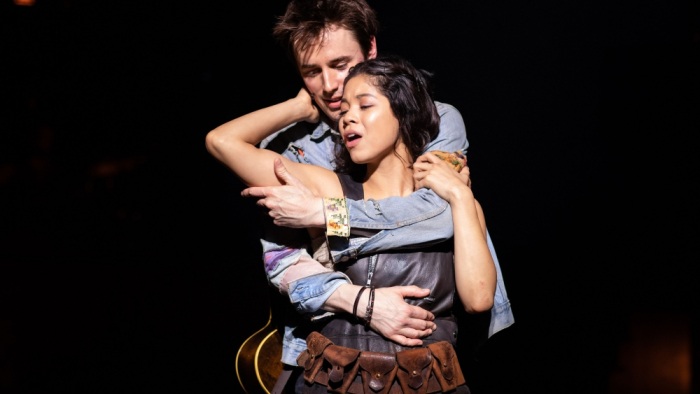 “Hadestown” arrives on Broadway later this spring with plenty of fans in its back pocket, thanks to the musical’s 2016 Off Broadway run and its popular cast recording. But even theatergoers who saw that premiere production can expect surprises — a lot of them.

Listen to this week’s podcast below:

On the latest episode of Stagecraft, Variety’s theater podcast, “Hadestown” songwriter Anaïs Mitchell and director Rachel Chavkin reveal the work they’ve done on the show since New Yorkers saw it three years ago. One of the most significant changes: the addition of a full ensemble of singer-dancers, who represent the workers living in the mythical factory town that provides the setting for the musical’s take on the myth of Orpheus and Eurydice.

“The addition of the workers chorus … has radically, exponentially deepened the love story at the center,” Chavkin said. “Because of course the central event is: Orpheus comes down to the underworld to try to bring his lover back to the surface with him, and change the laws of space and time to do so. And so now, with the addition of the workers ensemble, [it highlights] the political undertones of what happens … when someone dares to step out and speak truth to power and ask the question, ‘Why do things have to be this way?’ That can change the world, not just for the love of his life but also everyone who’s living under these oppressive conditions.”

The show has always had a political punch to it — most notably, in 2016, with the song “Why We Build the Wall,” which took on surprising resonance during the 2016 presidential election. It wasn’t something Mitchell had imagined, back when she first wrong the tune. “That song is one of the first ones that I wrote for the show,” Mitchell said. “I’ve been singing it in my shows for literally a decade. And then suddenly people were just responding in a very different way!”

On the new episode of Stagecraft, Mitchell and Chavkin also talked divine inspiration, spontaneous weeping and why drama is like eating a sandwich.

New episodes of “Stagecraft” are available every Tuesday. Download and subscribe to “Stagecraft” on iTunes, Stitcher, or anywhere finer podcasts are dispensed. Find past episodes here and on Apple Podcasts.