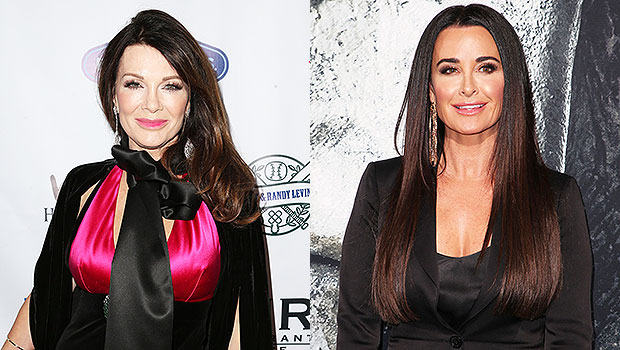 Is there really no love lost between Lisa Vanderpump and Kyle Richards? Well, that’s the million dollar question! But, Lisa told us that actions speak louder than words! Here’s what we know!

It seems as though some things still need to be hashed out between Lisa Vanderpump, 58, and Kyle Richards, 49. When we chatted with Lisa at her at the 3rd Annual Vanderpump Dogs Gala in Hollywood, we let her in on a little secret. — Kyle recently told HollywoodLife.com that she missed Lisa, as the SUR owner hasn’t been around as much during filming for The Real Housewives of Beverly Hills. In response, Lisa said, “Don‘t tell me, show me.”

“Well, I’m going to be on this season. But, was it a difficult season for me? Yes. It was a difficult year for me, personally as well,” she confirmed to HollywoodLife.com at the Dogs Gala. “I’m in the ‘Housewives’! It’s not like I’m not in it. I’m definitely in it — Maybe just not as much as I should be,” she said.

Vanderpump also seemingly addressed the rumors on Wednesday, taking to Twitter and writing, “Let’s just focus on the important things right now.” In a second followup tweet, she wrote, “If you hear it from me…It has to be true. Until then,not so much.”

As for what we can expect to see this upcoming season on RHOBH? — “I think every season is different. You’re going to see the dynamic change because we opened TomTom. You’re going to see some of them struggle to grow up. It’s a lot of fun but it always is a little bit complicated,” she explained.