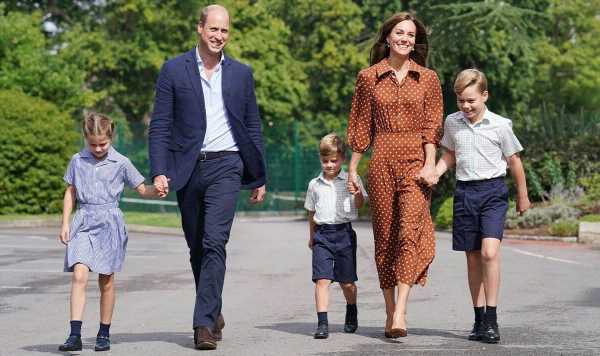 The death of Queen Elizabeth II has left a huge hole in the nation’s hearts and the Royal Family have stepped out in recent days in Balmoral, Windsor and Buckingham Palace to pay tribute to her. While the Queen’s unprecedented 70-year tenure has ended, the reign of King Charles III has begun and the new monarch has had a busy few days getting to grips with his new duties as Sovereign.

Where do the Queen’s great-grandchildren stand in the line of succession?

All members born into the Royal Family have seen their respective positions in the line of succession rise by one since the Queen died.

The late Queen’s 12 great-grandchildren all hold places across the line of succession, with the highest-ranking being Prince George of Wales as a future King himself.

He is followed by sister Princess Charlotte in third place and Prince Louis in fourth.

Prince Harry and Meghan Markle’s children Archie and Lilibet are in the sixth and seventh place in the line of succession respectively. 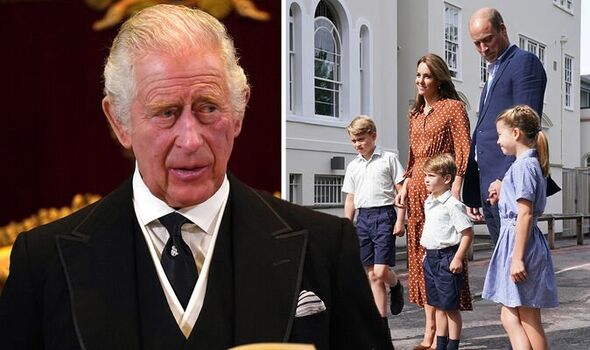 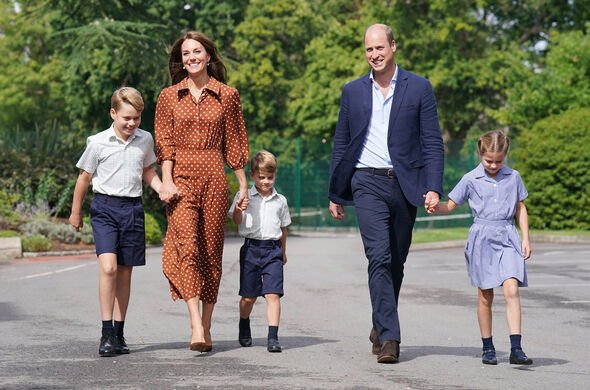 And in 21st, 22nd and 23rd place is Mia, Lena and Lucas Tindall respectively, the three children of Zara Tindall and Mike Tindall. 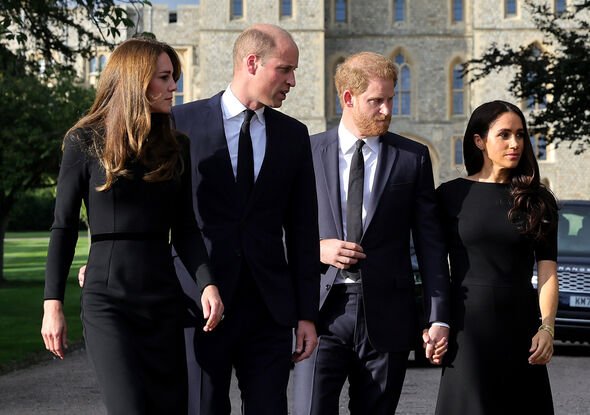 The line of succession in full following the death of Queen Elizabeth II is as follows: 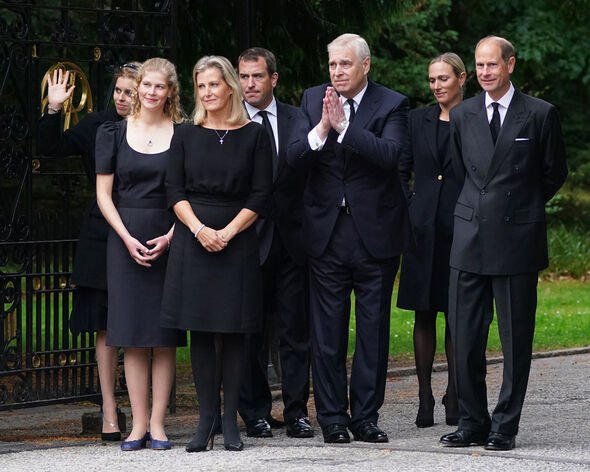 How have royal titles changed following the Queen’s death?

Prince William is now heir apparent to the throne, and he automatically became the Duke of Cornwall when the Queen died on September 8.

Charles also created his son and his wife Kate the Prince and Princess of Wales on September 9, which brought title changes for their children too.

Following their father’s appointment as Prince of Wales, the former Cambridge trio are now Prince George of Wales, Princess Charlotte of Wales and Prince Louis of Wales.

DON’T MISS:
‘People want to comfort their King as he begins lifetime challenge’ [COMMENT]
Prince Harry and Meghan ‘need to make promise’ to Royal Family [ANALYSIS]
Royal Family LIVE: Harry and William tipped to walk side by side [LIVE]

And now that she has moved further up the line of succession, Princess Beatrice now likely qualifies to serve as a Counsellor of State should she be required to help her uncle as King.

Prince Harry and Meghan Markle have retained their Duke and Duchess of Sussex titles and Harry is now fifth in line to the throne instead of sixth.

The Sussex children Archie and Lilibet are now the grandchildren of the monarch through the male line, meaning both are eligible for Prince or Princess titles under the Letters Patent issued on royal titles by King George V in 1917.

The Sussex children can now be styled as Prince Archie and Princess Lilibet, but whether they will go by these titles remains to be seen and they may remain the highest-ranking untitled royals in the line of succession for the foreseeable.