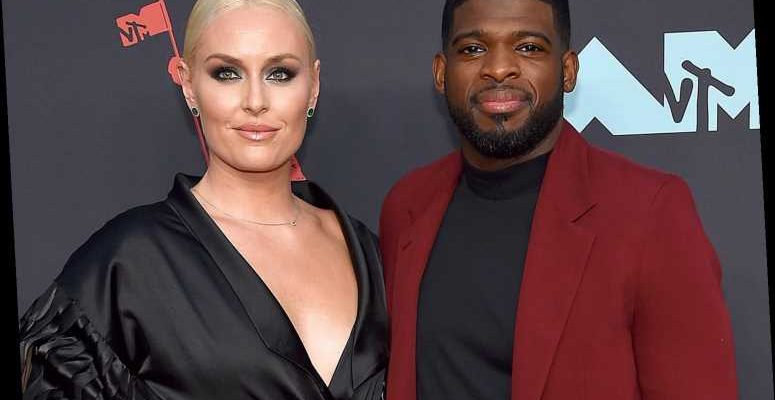 Lindsey Vonn and her fiancé P.K. Subban are embracing that they'll have a longer engagement than originally planned.

Like many couples across the country, the Olympic gold medalist skier, 36, and the NHL player, 31, had to scrap their original plans to walk down the aisle over the summer due to the ongoing coronavirus pandemic. Now, Vonn tells PEOPLE in this week's issue, "I really don't know when my wedding's going to take place."

"It's difficult because P.K.'s family lives in Canada," she says. "I can't get to Canada, and they can't get here, so I don't know when it's going to happen, but it'll happen eventually."

When the wedding does indeed happen, Vonn has a few simple requests.

"I just want my friends and family to be there," she says. "I want a short ceremony and a longer celebration. My dogs will be a part of the big day in some way, shape, or form. But, honestly, we don't have a location, we don't have a date. We're just kind of in a holding pattern."

"As long as my friends and family are there, my dogs are there, P.K. — obviously — is there, then we're going to have a great time," she adds. "We're one big happy family already, so we don't really need to have a wedding to solidify that."

Despite the disappointment of the coronavirus lockdown shifting their wedding plans, Vonn says the extra time at home with Subban has been a silver lining.

"It's been great," she says. "We haven't had the ability to spend that much time together because of his career and because of my career. It's just been an opportunity for us to learn from each other. I don't know what we would've done without our dogs, to be honest. We have three dogs who love us and always make it exciting to go on walks, play catch in the backyard and go swimming in the pool." Vonn says when she and Subban first started dating back in December 2017, he connected right away to her three dogs, Lucy, Leo and Bear. But, she says, he definitely has a "soft spot" for Lucy.

For all the details on Lindsey Vonn's life and new show, pick up the latest issue of PEOPLE, on newsstands now.

"Leo's pretty lazy, so he doesn't really connect with many people besides me," she says. "He's kind of like a mama's boy. For someone that hasn't grown up with dogs, P.K. really attached himself well to the crew. They love him, and we all work really well together as a family." Lucy, the most cooperative of the pet trio, can now be seen traveling around the world with her athlete mom for The Pack, a reality competition series that premiered Friday on Amazon Prime Video. Vonn hosts the show, which features 12 dog-and-human pairs competing for a $500,000 prize, plus a $250,000 donation to a charity of the winning duo's choice. The show's challenges are designed to test each owner's deep understanding of their dog, so the pair with the strongest bond wins.

"Lucy got to be this diva," Vonn says. "She was on her high horse a little bit with the other dogs, and it was hilarious. She was acting like the leader of the pack, which she absolutely isn't. But every person and every dog really grew throughout the show. So it was really fun to see that."