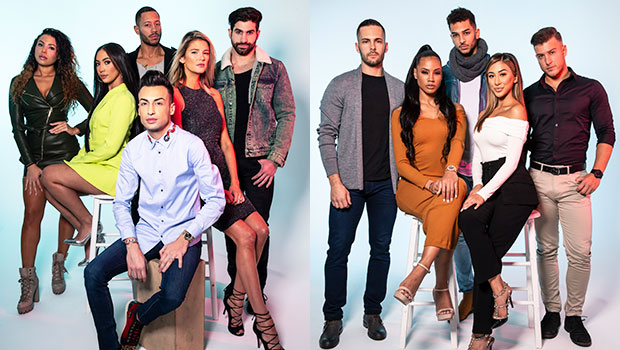 We caught up with the cast of ‘Lindsay Lohan’s Beach Club’ EXCLUSIVELY before the show’s Jan. 8 premiere to get ALL the scoop about what it was like to work with Lindsay Lohan and much more!

Lindsay Lohan isn’t the only star of MTV’s hit new show, Lindsay Lohan’s Beach Club! The show also follows ambassadors who Lindsay hired to work at the day club over the summer, and we got a chance to chat with them ALL about what it was like to work with the actress. “She’s a strict boss,” May Yassine admitted to HollywoodLife EXCLUSIVELY.”She has to be. But she’s someone you can approach and talk to if there’s a problem.” Many of the cast members also agreed that Lindsay became even more than just a boss to them throughout the summer.

“I almost felt like she is almost like a parent, where if you do something wrong, you’re afraid of the repercussions, but you know she still cares about you,” Aristotle Polites explained, while Gaby Andrews added, “I thought of her like — it almost sounds weird — but like a mother figure at times. With some of the drama, which you’ll see this season, she steps in and talks to us and tries to mentor and guide us and change our behaviors and be the best employees and best business women and men we could be.”

Lindsay made sure to get serious when the time was right, though. “She’s very demanding and everything has to be right the first time,” Mike Mulderrig revealed. “If she asked you to do something and you don’t do it right the first time…she’s going to come after you.” However, she was also there to help her ambassadors work through any problems or issues they may have had. “I feel like she definitely gives second chances,” Alex Moffitt said. “If you messed up, she kind of wanted to get to the root of the problem, especially if it was something personal. If people were angry or fighting, she wanted you to address it and try to fix it.”

The cast also made it clear that the Lindsay who’s spent years garnering negative press is not the person they got to know. “I think the biggest misconception is that she doesn’t take herself or her work seriously,” Jonitta Wallace admitted. “I know a lot of people talk about how she’s this party girl, but when it comes to life overseas and how she manages her business, she’s very straight forward. She takes her business and her brand very seriously.”

At the end of the day, the group walked away from their summer in Mykonos with life lessons that Lindsay taught them.”The biggest lesson I learned from her is just finding my voice,” Jules Wilson explained. “I’m definitely more shy and reserved, especially when I’m getting to know someone, and she was kind of just like…stand up for yourself. You have a voice — use it.”

Billy Estevez also added,”I think she wants to get across, like…people are going to judge you no matter what you do, so ultimately just be yourself and have fun with it and stay true to yourself.”