Lily Rabe will soon be a mom of three!

The “American Horror Story: Double Feature” star is pregnant and expecting her third child with Hamish Linklater, her rep confirmed to People.

The news comes after Rabe, 39, walked the red carpet at the Academy Museum of Motion Pictures Opening Gala in Los Angeles on Saturday. While posing for photos, the actress cradled her growing baby bump in a black-and-white gown by Carolina Herrera.

She also shared a snapshot of her look to her Instagram Story late Saturday but has yet to publicly comment on her pregnancy on her own.

Reps for Rabe did not immediately respond to Page Six’s request for comment. 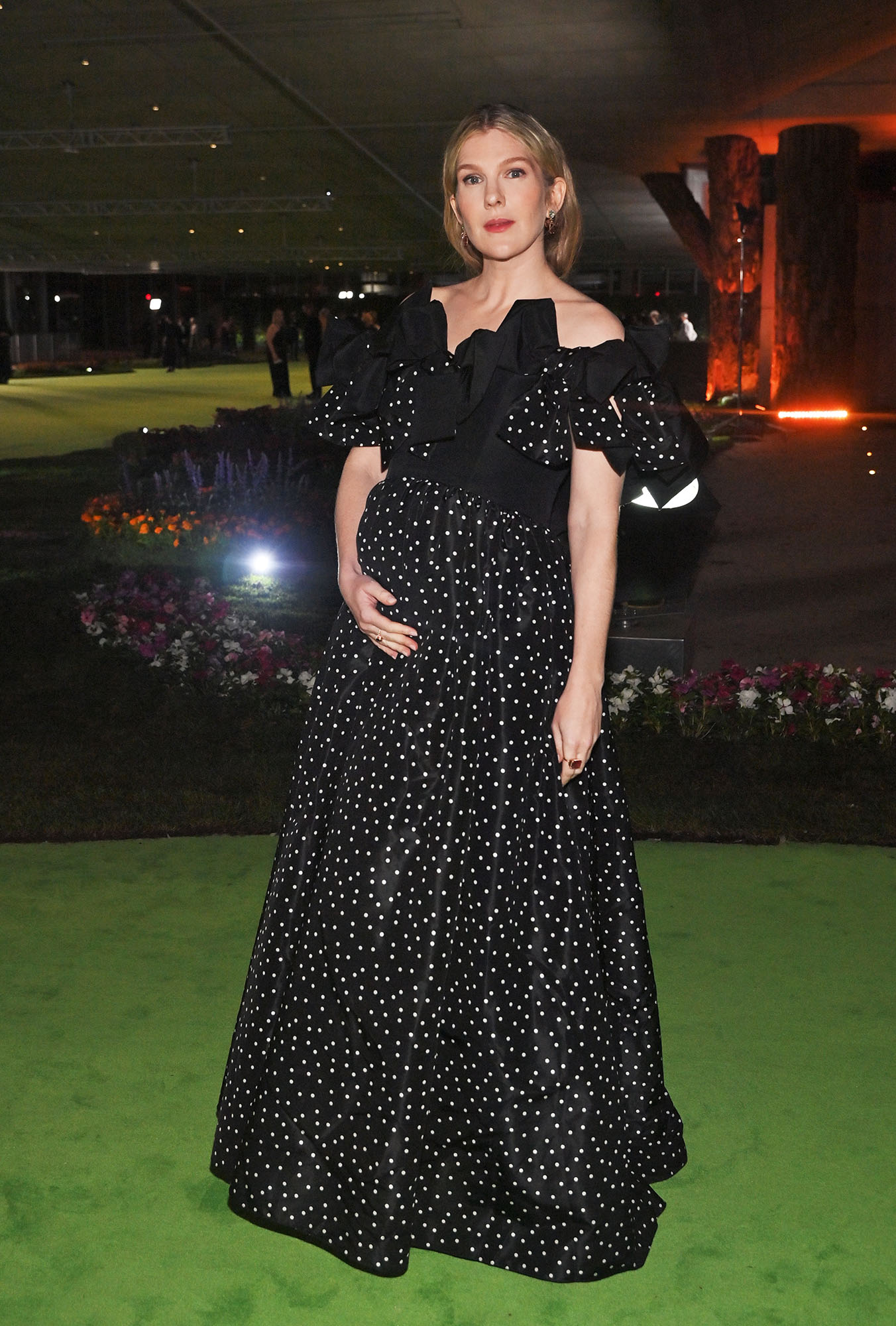 Rabe and Linklater, who have been dating since 2013, are also parents to a daughter born in 2017 and a second child born in June 2020. The actor, 44, also has a 14-year-old daughter, Lucinda Rose, from a previous relationship.

Rabe announced her second pregnancy via Instagram last August — after she had already given birth — with a pic of herself wearing a mask and caressing her burgeoning belly amid the coronavirus pandemic.

“Looking back at a day in May. #wearamask #wearadamnmask #tbt,” she wrote at the time.