The three commercial shorts, which air tonight on ITV and Channel 4, feature shoppers who have made silly preparations for Christmas such as ordering snow from the North Pole. 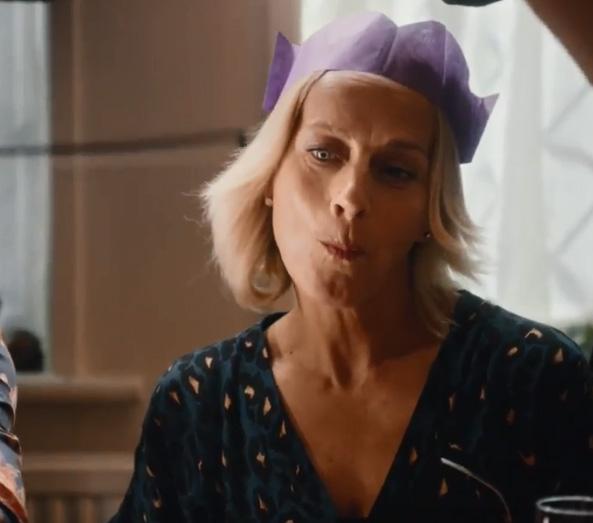 Bucking the trend for a tearjerker commercial with a sentimental storyline, all three of Lidl's 20-second adverts have a dry voiceover revealing how a shopper "upgraded" their Christmas by buying food and drink from Lidl.

But not all their preparations have gone to plan as the shoppers have done silly things such as ordering a 16-piece orchestra for Christmas dinner in a very small dining room and buying a 75-foot Christmas tree.

Some viewers might find the jokes fall a bit flat in the "Upgrade Your Christmas" adverts – but the supermarket's festive spots always tend to be more practical than commercials by other brands.

Last year's adverts featured relatable Christmas characters, such as the hero who steps up to carve the turkey at Christmas dinner and the dreaded Christmas party double dipper. 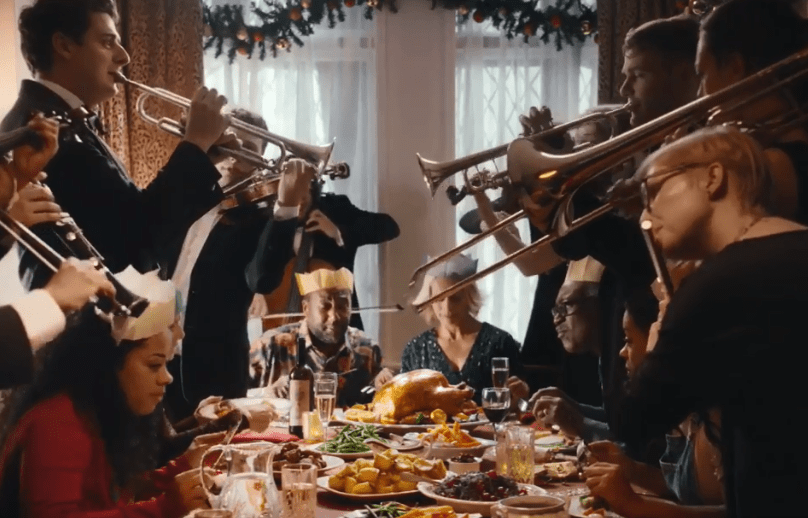 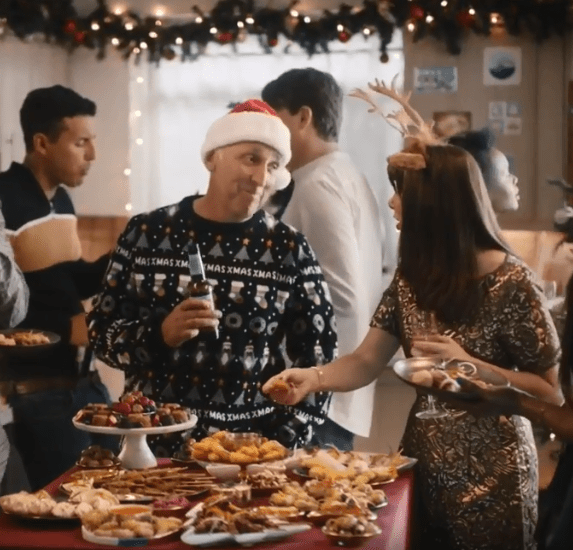 The first advert shows a woman smiling as she tucks into a Lidl turkey, which goes on sale from December 19.

The voiceover praises her for choosing the supermarket's turkey – but then reveals the woman hasn't done everything right as she's ordered a 16-piece orchestra to play in the tiny room where her family are eating, which is causing a squeeze.

It's meant to be a funny guide to how to and how not to do Christmas – but it's unlikely to make anyone belly laugh.

The next advert focuses on a party host who has bought £1.99 Lidl snacks. 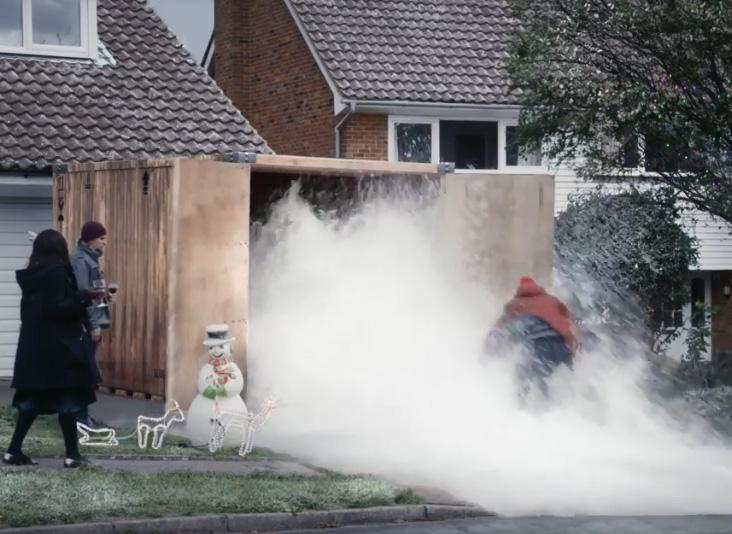 The commercial films him happily chatting to guests, and says he's managed to upgrade his Christmas by ordering in Lidl's food.

But then the voiceover reveals the man has also foolishly ordered snow from the North Pole for the party as well – which causes a tidal wave when the man opens the box it arrives in.

The third advert is about a woman who is smugly drinking a glass of Hortus gin from Lidl, which costs £15.99 per bottle.

But once again, she's also messed up her Christmas plans as she has ambitiously ordered a 75-foot Christmas tree for her house, which doesn't fit in the room. 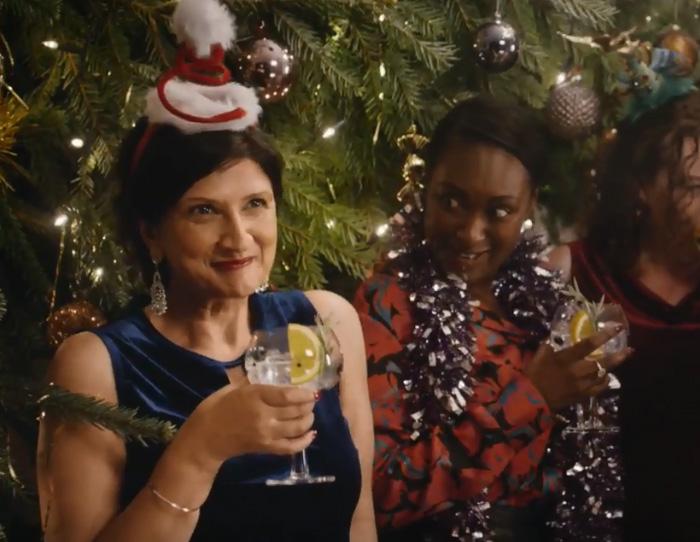 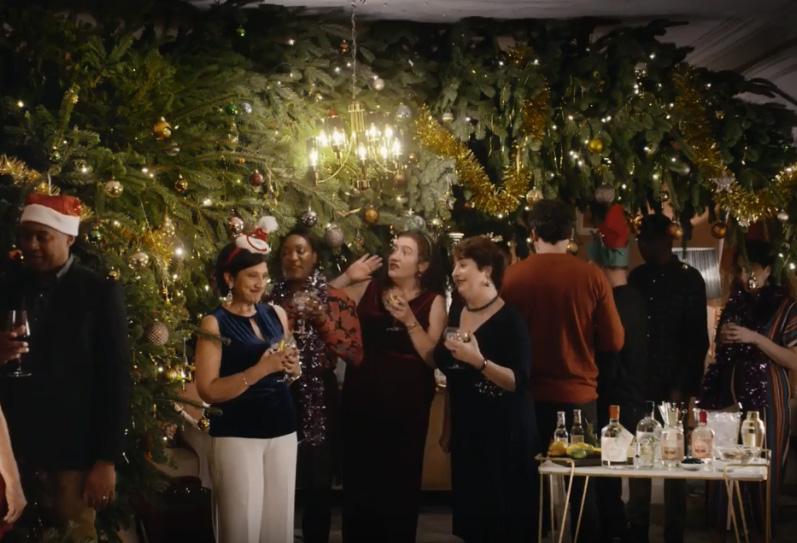 Lidl said the idea behind the adverts is to show that all that matters at Christmas is the "warm festive spirit" – and the food and drink.

Ryan McDonnell, commercial director at Lidl UK, said: “Christmas is a time to go the extra mile when treating friends and family, and with this series of adverts we want to demonstrate that Lidl is the only place to properly upgrade your festive celebrations.

"Our classic humour and imagination runs through the series, providing Lidl laughs and mouth-watering products to marvel at.”

The three adverts will first air at 7.45pm on ITV during Coronation Street. The gin short will then play during the break for Gogglebox on Channel 4.

Lidl said it will release more of the adverts in the run-up to Christmas, which will include a cul-de-sac accidentally transformed into an ice rink and reindeer grazing as Christmas party guests try to mingle around them.

It features a creepy fool – but some parents might say it ruins the festive magic for children.