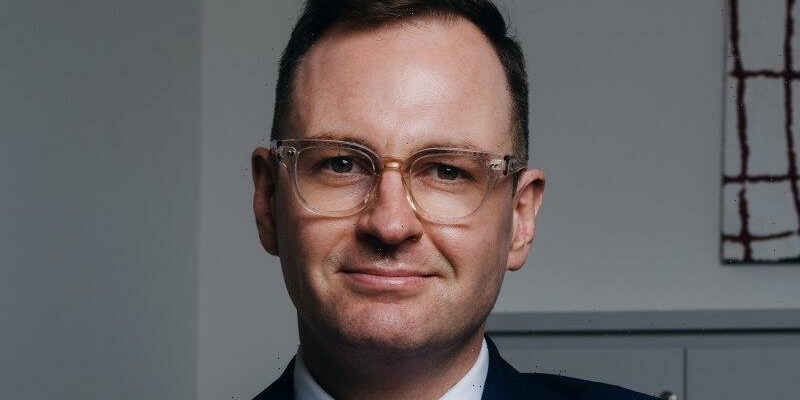 A key Liberal senator has renewed his call for religious freedom laws to be dealt with at the same time as protections for gay and trans students, despite Prime Minister Scott Morrison’s plan to deal with them separately.

The move could ignite the same tensions that led five Liberal MPs to cross the floor to vote against the government in February, siding with Labor and crossbenchers to amend the government’s package of bills to protect all LGBTQ students. 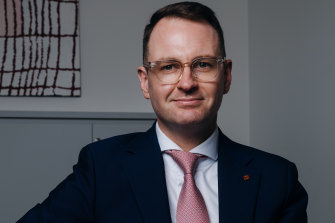 Liberal senator Andrew Bragg says he wants to see protections for LGBTQ students and teachers legislated at the same time as a religious disrimination act.Credit:James Brickwood

Morrison has promised faith organisations that he will revive the government’s contentious religious discrimination bill as a matter of priority if the Coalition is returned on May 21, but with no added protections for LGBTQ students as part of that process, saying he wants to pursue the bill “as standalone legislation”.

But Liberal Senator Andrew Bragg, who was poised to cross the floor in the upper house on the bill earlier this year to support more protections for LGBTQ students, said the issues must be dealt with closely together – although not necessarily in the same package of legislation.

“All the issues on students and teachers need to be dealt with at the same time as the religious discrimination bill. This mustn’t be a choice between people of faith and the LGBTQ community,” Bragg told The Sydney Morning Herald and The Age.

Asked for clarity on the government’s position, a spokesman for Morrison said the plan was now to address the two issues separately.

“The government will take its proposed religious discrimination bill and other legislative amendments forward separately,” the spokesman said.

This is a departure from the government’s failed attempt earlier this year to legislate a Religious Discrimination Act while also seeking a narrow amendment to the Sex Discrimination Act (SDA) to prohibit schools from expelling gay students, which triggered the revolt from the moderate Liberal backbenchers because it left transgender students unprotected.

However, there is no further detail on how the government would seek to legislate the issues separately, including the timeframe and what exact protections would be sought for LGBTQ students.

Speaking at a forum organised by Equality Australia on Thursday night, Bragg apologised to the LGBTQ community for the delay in delivering the government’s commitment, first made during the Wentworth byelection in 2018, to amend s38(3) of the SDA. This provision gives religious schools a legal exemption to discriminate against students on the basis of sexual orientation and gender identity, including by expelling them. 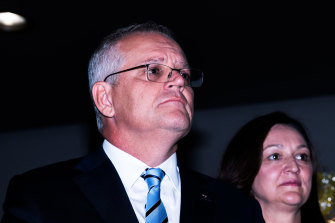 Scott Morrison says he will revive the government’s religious discrimination bill as a matter of priority if the Coalition is returned.Credit:James Brickwood

But Bragg insisted the commitment hadn’t been abandoned. He cited the government’s referral of the issue, including how best to protect LGBTQ teachers, to the Australian Law Reform Commission (ALRC) – a process that contains no guarantee of whether its recommendations will ultimately be legislated.

“No, it hasn’t been ditched. In fact, the commitment on students was affirmed earlier this year. I think it needs to be broadened to deal with all students. And certainly in terms of teachers that is before the ALRC,” he said.

“So, once we get the ALRC report in, there’ll be a strong push to get that done. It’s very important. I’m sorry for taking so long. As you know, sometimes it’s difficult to get things done in Canberra.”

Labor senator Penny Wong, who appeared on a panel with Bragg and Greens Senator Janet Rice, said the religious discrimination bill was “weaponised and became very divisive” in the last parliament.

Labor has vowed to pursue its own religious discrimination bill if it wins government and scrap s38(3) of SDA to protect all students, while also seeking guidance from the ALRC on teacher protections. But it hasn’t committed to a timeline for achieving these things.

Rice said if the Morrison government was ousted the Greens would push an incoming Labor government “to go further and faster on issues of equality so that we can really get to the end of our journey to quality”.

Morrison shelved the bill in February after the Liberal MPs crossed the floor and voted to scrap s38(3) of the SDA in its entirety. The package of amended bills passed the lower house, but was pulled before it reached the Senate where Bragg was also prepared to cross the floor to support the amendments, likely guaranteeing its passage.

Conservative Christian lobby group Family Voice this week confirmed it was among the religious organisations to receive a written commitment from Morrison over the weekend, in which he vowed to pursue the bill as standalone legislation and “not accept any attempts to make changes to other laws that undermine protections for religious institutions”.

“I want to assure you that guaranteeing Australians are safe from discrimination on the basis of their faith remains a priority for me and my government. I will also not allow this issue to be used by Labor and the Greens to undermine existing protections,” the organisation quoted Morrison as saying in the letter.

At the forum, Bragg also apologised for the way trans issues had been politicised during the campaign, as he was asked about a private members’ bill by Liberal Senator Claire Chandler seeking to cement a legal basis to exclude trans women from female sports.

Liberal candidate for Warringah, Katherine Deves, has been dogged during the campaign by her since-deleted tweets on trans people and gender identity, some of which invoked comparisons to Nazi Germany.

Morrison has resisted pressure to disendorse her, saying she had apologised for her offensive remarks, but he would not allow her to be “cancelled” because of her “different view on the issue of women and girls in sport”.