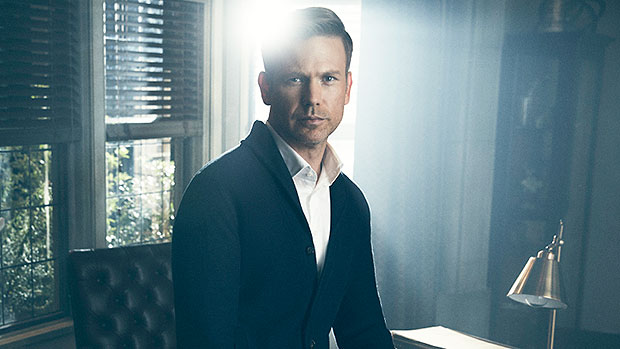 Alaric Saltzman is back! The new ‘TVD’ spinoff ‘Legacies’ premieres Oct. 25, and HollywoodLife spoke EXCLUSIVELY with Matt Davis about Alaric’s new role, the return of Matt Donovan, and juggling a bunch of teenagers!

“We find Alaric in the opening as the headmaster of the Salvatore School, and you see that this school is populated with all kinds of different kids who are dealing with all kinds of different issues, whether they’re vampires, witches and werewolves, and the whatnot,” Legacies star Matt Davis told HollywoodLife EXCLUSIVELY at NYCC. “So he’s in this responsibility of keeping order in the school, making sure the curriculum is set, but his ultimate purpose is to ensure that they can handle in the world, which doesn’t understand them.”

Not only is Alaric the headmaster of the Salvatore Boarding School for the Young & Gifted, he’s got two teenage daughters of his own — Lizzie (Jenny Boyd) and Josie (Kaylee Bryant). That’s a lot to handle for anyone. “Arguably, he’s doing the best that he can,” Matt continued. “But I that’s what’s enjoyable about the show. You see him trying to balance all these responsibilities with his own daughters, with his father relationship with Hope [Danielle Rose Russell], with his mentor relationships with all the other kids. Being the authority figure [and] headmaster, sometimes he does it well, and sometimes he doesn’t. I think when he doesn’t do it and tries to do it better, that’s the Alaric I like to see, the human Alaric.”

Speaking of humans, The Vampire Diaries fan fave Matt Donovan (Zach Roerig) will be returning for Legacies, and he’s going to be crossing paths with Alaric quite often. “At the end of the first episode, Matt Donovan makes an appearance,” Matt teased. “You learn that he’s like the town cooky conspiracy theorist sheriff who knows what’s really going on, but he’s got to keep up a front for the townspeople, and when things start to go south and it starts to bleed over into his territory, you’ll see Matt and Alaric butt heads over the jurisdiction of the school.”

Alaric has never had much luck in the love department, but could a relationship be in his future? “I hope so,” Matt said. “I really do. We have a wonderful actress who has come in, and she and I have done a couple scenes. We have a chemistry, and I would love to see that blossom and grow.” Same, Matt, same! Legacies airs Thursdays at 9 p.m. on The CW.