For the first time in his NBA playoff career, LeBron James lost in the first round — but that didn’t stop him from making jokes in his post-game press conference.

After a 113-100 loss to the Phoenix Suns on June 3, the Los Angeles Lakers are officially out of the NBA Playoffs. The team took their opponents to Game 6, but were unable to secure the victory. This means that LeBron James is officially out of championship contention. It’s also the first time that he made the playoffs but didn’t get past the first round in his 18-year NBA career (there were just three seasons where LeBron didn’t make the playoffs at all).

Despite this shocking elimination, LeBron seemed to be in decent spirits at the post-game press conference. In fact, he even cracked a joke to end the Q&A session! When asked if he’d be appearing at the Olympic Games later this summer, LeBron responded, “I think I’m going to be playing for the Tune Squad this summer instead of the Olympics.” Of course, he’s referring to his upcoming role in Space Jam 2, which will be released on July 16.

“I think that’s what I’m going to focus on — trying to beat the Monstars, or the Goon Squad as we call them out,” he added. “Didn’t have much success against the Suns, so I’m gearing my attention toward the Goon Squad in July.” Although he started out by making his statement with a straight face, LeBron couldn’t help but crack a smile by the end, too. 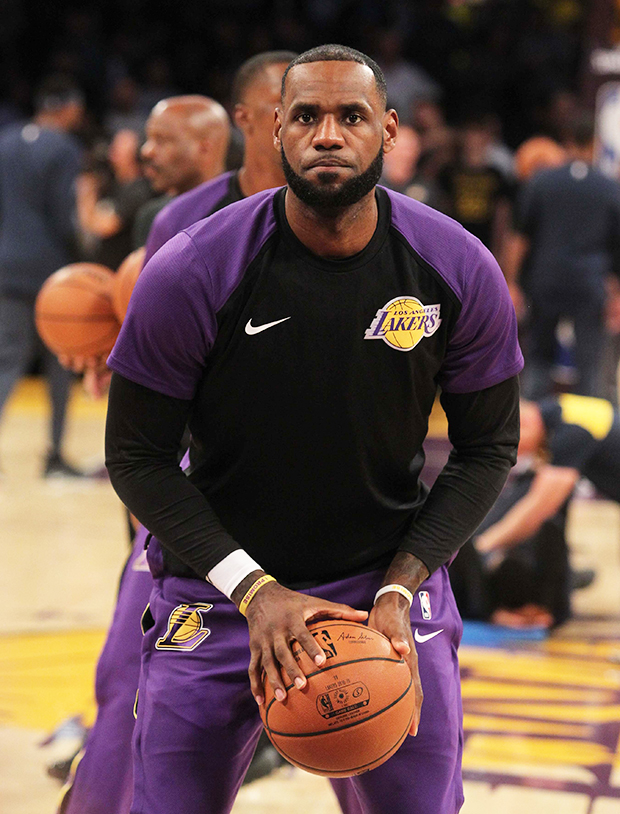 LeBron also had a lot to say about Devin Booker. Devin  had a huge game for the Suns, despite fan fears of the “Kardashian Curse” amidst his relationship with Kendall Jenner, who was at the game. LeBron was so impressed, that he gifted him his signed jersey after the game.

“I love everything about D-Book,” the NBA star said. “I’ve had numerous conversations with him in the past. He continues to make the jump. When you want to be legendary in this game, you gotta continue to improve, not only your game, but you as a man and everything both off and on the floor. All the conversations I’ve had over the years, I could tell he’s soaked them up and used them to his advantage. Everyone sees what he’s able to do on the floor, but his maturity, him as a young man, is what I’m most impressed about.”