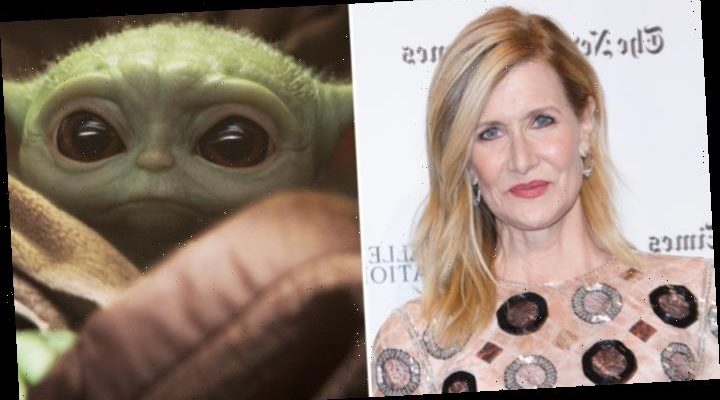 Internet sensation Baby Yoda is everywhere lately, including a basketball game, according to Laura Dern.

Dern coincidentally spotted the breakout star of Disney Plus’ “The Mandalorian” (who is a fictional green alien, for those unfamiliar with “Star Wars” lore) the same day she attended the IFP Gotham Awards in New York City.

“I think he was at a basketball game,” Dern told Variety’s Marc Malkin Monday night on the red carpet. Dern played coy with any other details that might explain who (or what) she saw courtside, adding, “That’s all I’m going to say.”

Dern, who appeared in 2017’s “Star Wars: The Last Jedi,” did offer up one more tiny morsel for the curious fans: “It was NBA.”

Earlier in the evening, Elisabeth Moss also weighed in on Baby Yoda, crediting him with uniting in the country in “a way that is very necessary.”

Bryce Dallas Howard called it a “pinch me” moment when she got to direct Baby Yoda in a recent episode of “The Mandalorian.”

“He is the light of all of our lives,” she told Variety. “It’s so exhilarating to be able to share my love and obsession with him with others.”