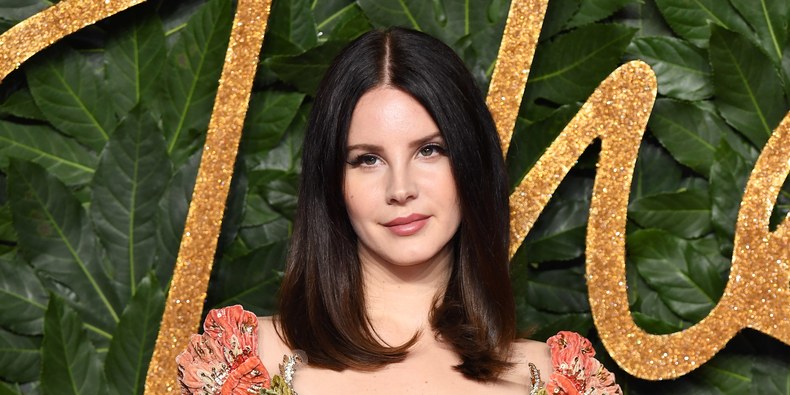 Barely 24 hours into the new year, Lana Del Rey is already making big plans for 2019. Late Tuesday night, she shared a video on Instagram that served not only as a sneak peek at her next single, but also as an announcement about her next creative endeavor: as the author of a book of poetry.

In the video, Del Rey stares straight into the camera, occasionally hitting keys on a typewriter, as 50 seconds of the new song play in the background. "Happy New Year to everyone. I hope you enjoy the new song I'm putting out on the ninth. it's called 'hope is a dangerous thing for a woman like me to have- but i have it,'" she wrote. "Also as of last week I finished a short book of poetry I've been writing over the last 13 months that I'll be putting out later." She went on to add that she'll soon be making a formal announcement about canceling some upcoming concerts, writing, "I wish I could fulfill those obligations but I won’t be able to."

Happy New Year to everyone. I hope you enjoy the new song I’m putting out on the ninth it’s called ‘hope is a dangerous thing for a woman like me to have- but i have it’ Also as of last week I finished a short book of poetry I’ve been writing over the last 13 months that I’ll be putting out later. In the meantime though I’d like to apologize in advance for upcoming cancellations of shows you’ll be hearing about– I wish I could fulfill those obligations but I won’t be able to Thanks L

The 33-year-old has hinted at this foray into poetry before, while the book was still in progress. "I have like 13 kind of long poems that I started binding and I thought, 'Wow, the pages are kind of stacking up here,'" she told Zane Lowe in a Beats 1 interview in September, adding that she hadn't initially planned on publishing her poetry. "I thought, they're kind of, like, stacking up to look like a real book. So, I mean, what I'd like to do is sort of self-publish, but I'm not very good at the distribution side of things."

Though she didn't share the title of the completed book in Tuesday's post, Del Rey did have a working title the last time she spoke about it. "Right now, it's tentatively called Violet Bent Backwards Over the Grass," she told Lowe. "That's just from a line in one of my favorite poems that I wrote."

Also up ahead for the Grammy nominee in 2019 is the release of her next album, Norman Fucking Rockwell, which will include her already released singles "Mariners Apartment Complex" and "Venice Bitch." In an Instagram Live session on December 30, she reportedly told viewers that the album was "completely finished," though she didn't specify when it will be released. In the meantime, she'll be pursuing her New Year's resolution of living her life more like an "Instagram baddie/YouTube vlogger," as she shared on Twitter before the end of 2018—though, sadly, that's one creative pursuit she won't be sharing with her fans, since she's simply doing so "for own personal pleasure LOL," she wrote.

This year my New Years resolution is to live more like an Instagram baddie/YouTube vlogger in my real life (sorry not planning on sharing) doing for own personal pleasure LOL.

Related: Jared Leto and Lana del Rey Hung Out in a Graveyard