The Little Monsters are mad.

Lady Gaga’s fans are furious with the “Paparazzi” singer after her former dog walker Ryan Fischer claimed he has been “abandoned and unsupported” since being shot while protecting the singer’s pooches.

“Lady gaga offered $500,000 to find her missing dogs but is allowing her dog walker to set up a gofundme because he’s now homeless and still struggling with his trauma,” one Twitter user pointed out. “I don’t expect much from rich people but they never fail to amaze me.”

Another chimed in, “What is wrong what this woman, after having her dogs saved, she is so heartless not to help her dog walker.”

A third person pointed out, though, that Gaga, 35, offered to pay Fischer’s $97,500 medical bills, according to a Daily Mail report in March.

However, the same fan later added, “It should be noted his bills were 100k and she apparently had 500k to burn on a reward for the dogs’ safe return. soooo.”

A fourth fan wrote on Fischer’s GoFundMe page, “WTF Lady Gaga?! This is unreal that the person who was shot trying to save your dogs from being stolen is struggling like this! I’m a fan but this is gross to me. How could you be so insensitive to the PTSD that he must have from this incident.”

In February, the “Rain on Me” singer announced a $500,000 reward for the return of the then-missing French bulldogs, Koji and Gustav. She also said her injured dog walker would be “forever a hero.” The pups were later handed in by a woman who asked for the big-money reward, claiming she found them tied to a pole. 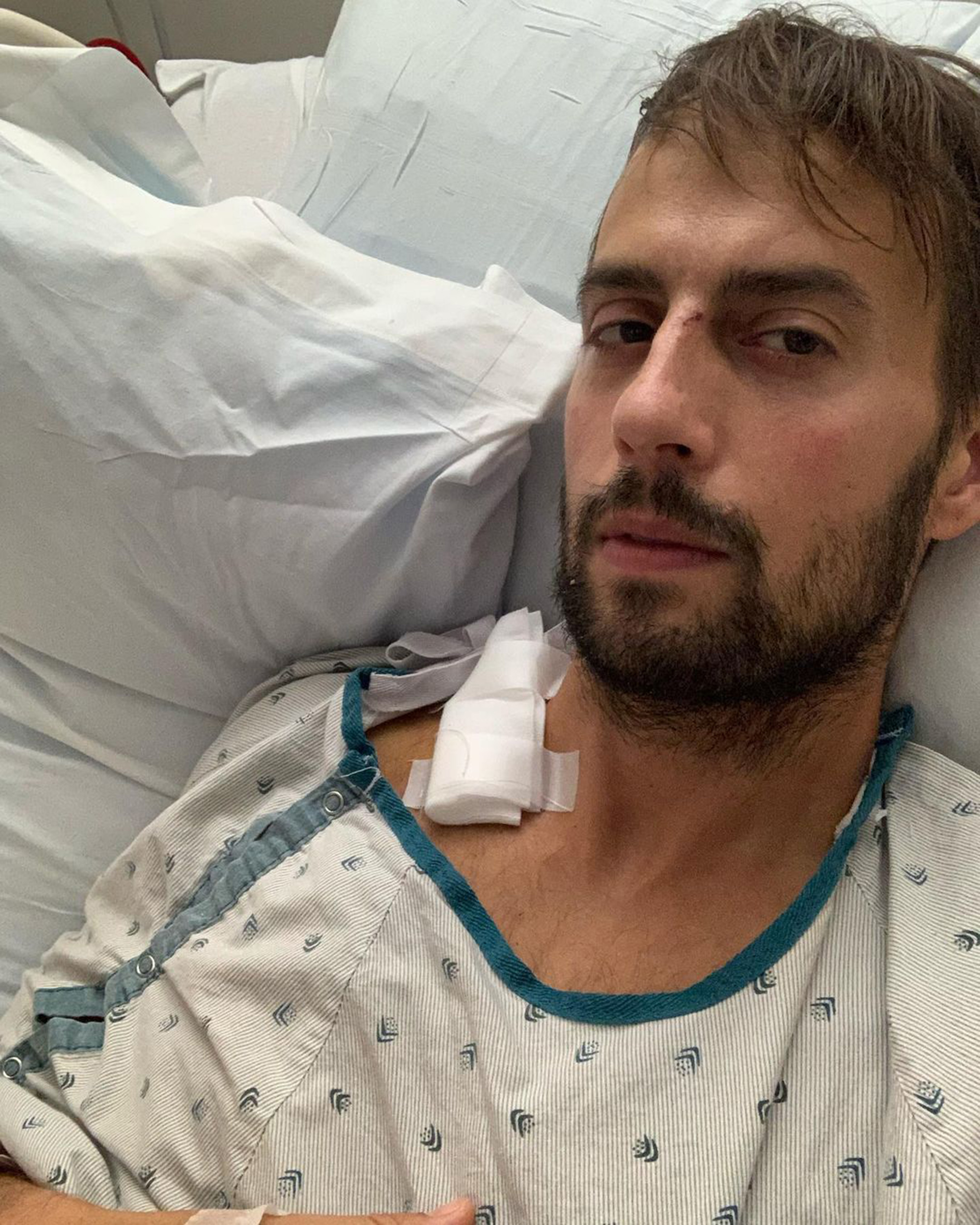 Gaga has not responded to the backlash on social media, and a rep for the pop star did not immediately return our request for comment.

In April, Fischer was forced to move out of his apartment while his attackers remained at large. He also had to undergo surgery after being shot in the chest by armed dognappers as he tried to protect the “Shallow” singer’s bulldogs.

Fischer shared in his new GoFundMe campaign that he embarked on a road trip across the US to work through “long bouts of depression and doubt and self-pity” as a result of the incident.

The former dog walker noted that in order to mend his emotional and mental health, he is seeking finances to cover the costs of “retreat centers, trauma programs, queer healers, creatives and spiritual leaders.”

“With no vehicle, apartment, and having run out of savings and surviving on donations from generous loved ones, I am humbly asking for your help,” he wrote. “This is not an easy thing to ask, but I have started to realize sharing your vulnerability with others is exactly when radical change begins to occur for everyone involved.”