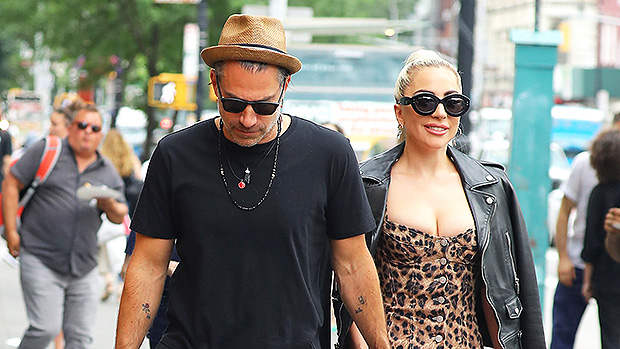 Lady Gaga and Christian Carino’s sad break up has left devastated fans with one, big question: why did they end their engagement? We’ve learned the truth, exclusively.

Lady Gaga and Christian Carino‘s split was truly shocking, but the reason they ended their engagement after two years together is pretty simple. The Hollywood heavy-hitters had their problems like any couple, and it ultimately just became too much to handle, we’ve learned. “Gaga has been overwhelmed with emotion the last several months, and ultimately, she felt like she and Christian were no longer on the same page romantically,” the source close to the A Star is Born actress told HollywoodLife EXCLUSIVELY. “And that is why they decided to split.”

Understandable! Don’t get it wrong, though; they’re still on good terms, says the source. They added, “She still loves him, but Gaga feels some of their spark faded.” They’ve been under a lot of stress, as well. Gaga has transformed from one of the biggest pop stars in the world to a celebrated, award-winning actress for her performance in A Star is Born. After a busy awards season, Gaga’s on her way to the Oscars and has a real chance of winning Best Actress! While it’s an exciting time, it’s obviously exhausting. The source stressed that while it’s not the reason the couple split, “the Oscar race took  a toll on Gaga’s personal life and relationship with Christian, too.”

Gaga and Christian got engaged in October 2018 after getting together in February 2017. While engagement rumors had swirled months prior, she didn’t confirm their relationship status until a speech at the 25th Annual Women in Hollywood Celebration in Los Angeles on October 15. Gaga, an honoree at the event, thanked “my fiancé Christian” in her speech.

HollywoodLife reached out to Lady Gaga’s reps, as well as Christian, for comment on this story.