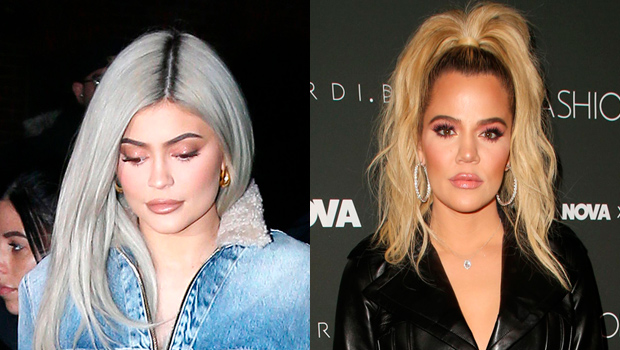 Kylie Jenner is having trust issues with BF Travis Scott. She’s terrified that he might publicly humiliate her with a cheating scandal the way Tristan Thompson did to baby mama Khloe Kardashian.

Kylie Jenner watched sister Khloe Kardashian go through not one but two painful and very public cheating scandals with her baby daddy and now ex Tristan Thompson. Now the 21-year-old cosmetics mogul is going through trust issues in her relationship with baby daddy Travis Scott and is fearful he could put her in the same humiliating position as Koko. “Kylie is terrified Khloe’s embarrassing relationship ending could happen to her too. Kylie would be beyond embarrassed and humiliated if Travis cheated, was inappropriate or in a disrespectful situation with another woman,” a source close to the reality star tells HollywoodLife.com EXCLUSIVELY.

“Kylie would feel even worse if things did not work out with Travis and she was forced to raise (daughter) Stormi alone,” our insider adds. That’s pretty much what Khloe has been doing ever since the 34-year-old finally dumped Tristan for good. The 27-year-old has gone back to Cleveland and is finishing out his NBA season with the Cavaliers while the Good American jeans founder is raising True at home in Calabasas. Since their breakup,  it’s unclear if Tristan has even seen his 11-month-old daughter with Khloe, True Thompson.

“Kylie learns so much from her sisters, and has avoided so many mistakes that Kim, Kourt and Khloe have all made by watching and talking to her sisters about life. After having struggles with Tyga and watching what Khloe has been through recently with Tristan, Kylie hopes that Travis never burns her the way Tristan hurt Khloe,” our insider continues.

One of the things that has strained Kylie and Travis’ relationship is his grueling Astroworld: Wish You Were Here tour. He’s been on the road since November of 2018 and while Kylie has jetting in to some of his performances, they’ve spent long periods of time apart. Thank goodness for the couple that he’ll finally be coming home to her for good next week, as his tour wraps up March 26 in Tulsa, OK. Then he has a long period of time off except for a few summer festivals.

Hopefully all will work out for the couple once they’re reunited. After all, this is the same guy who gushed to our sister site Rolling Stone in Dec. of 2018 that “it got to a point where I was like, ‘I need her with me to operate”. He added that “She’s that one.’ We’ll get married soon. I just gotta sturdy up — I gotta propose in a fire way.” That kind of public love proclamation is something Khloe NEVER got out of Tristan.