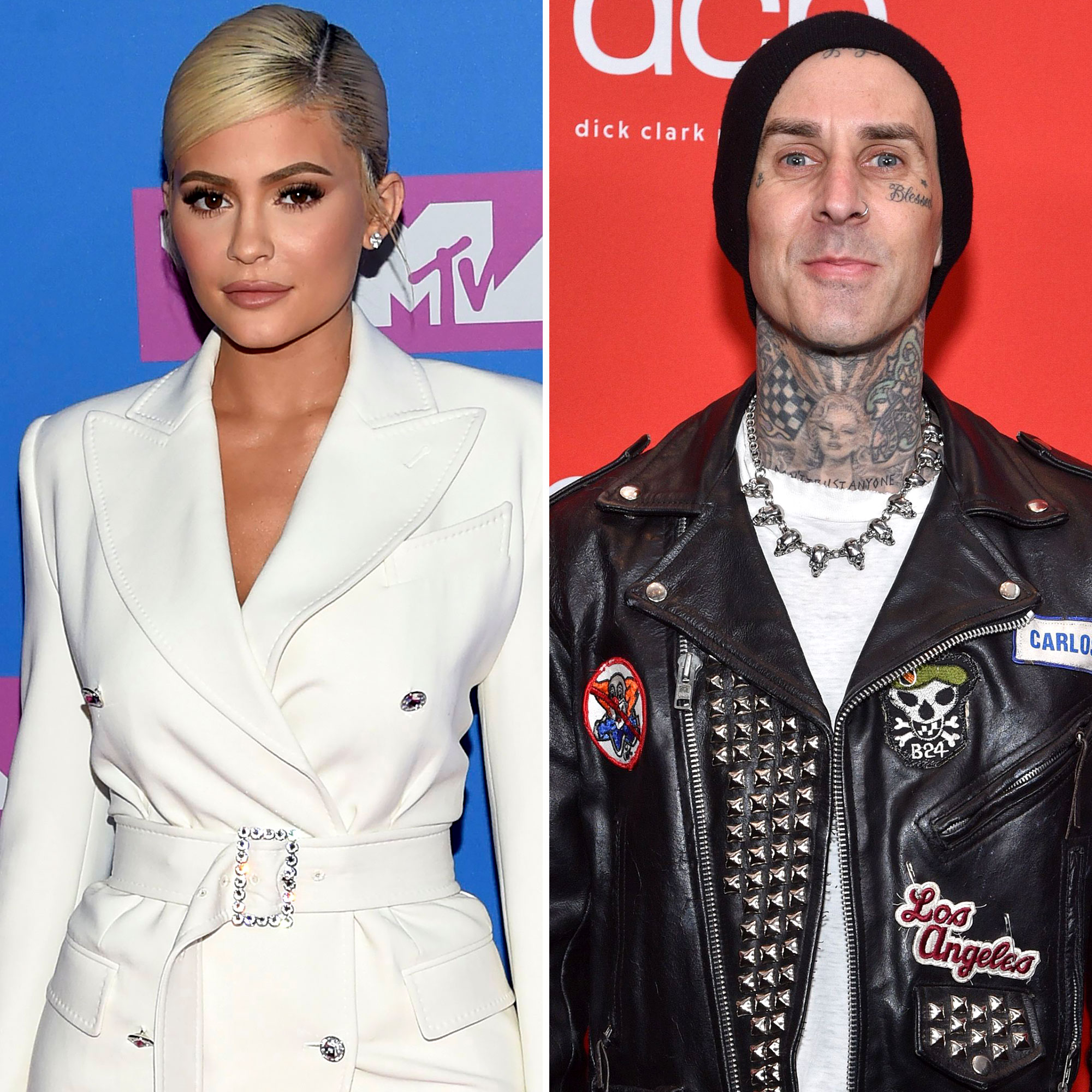 So stunning! Kylie Jenner gave a pregnancy update one week after Travis Barker’s baby bottle photo sparked speculation that the reality star has already given birth.

“I am woman,” the Keeping Up With the Kardashians alum, 24, captioned a Thursday, January 6, Instagram slideshow. The former E! personality wore a white top knotted above her bare stomach in the social media upload, as well as unbuttoned denim jeans.

“You are everything,” the Kylie Cosmetics creator’s older sister Kourtney Kardashian commented on the post.

The 42-year-old Poosh creator’s fiancé, 46, made headlines in December 2021 when he documented his How the Grinch Stole Christmas movie night. In the corner of Barker’s Instagram Story photo, fans spotted a baby bottle that appeared to be full of milk.

“Kylie used those exact bottles when Stormi was little,” one social media user tweeted at the time, while another wrote, “Could be for the kitten we saw on Kylie’s post or the bunnies that [Barker’s] daughter has. Idk, my kid bottle feeds his small animals for fun.”

Jenner announced in September 2021 that she and Travis Scott are expecting baby No. 2, one month after multiple sources confirmed the news to Us Weekly.

The twosome previously welcomed daughter Stormi, now 3, in February 2019. While the Los Angeles native shared regular photos of her budding belly’s progress at first, she and the rapper, 30, both backed off of social media in November 2021 when 10 people died at Scott’s Astroworld concert in Texas.

The pair are on the same page when it comes to parenting, a source exclusively told Us in December 2021. “Kylie is very maternal, and Travis is also very paternal,” the insider explained last month. “They are both super engaged when it comes to family and work really well as parents together. They are very streamlined.”

Everything Kylie Jenner and Travis Scott Have Said About Daughter Stormi

The source called the duo “so in love” at the time, explaining, “They share a special bond as parents that no one else can touch. … Kylie has never felt more prepared for something in her entire life. Kylie and Travis are so elated to be on this journey again together.”

The makeup mogul recently posted a black-and-white maternity shoot photo via Instagram while preparing for 2022. “I’ve been reflecting on this last year and the blessings that it brought but also the many heartaches it held,” the Kylie Skin creator wrote. “I will never forget this year and all the significant changes it made to my life. I pray this new year is filled with a lot of love for all of you and I hope everyone stays safe and healthy during this time.”