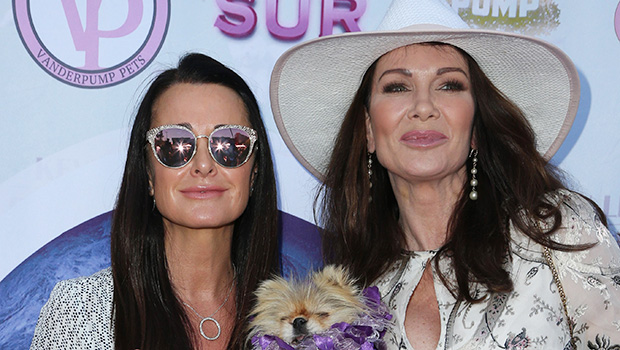 Kyle Richards and Lisa Vanderpump began ‘RHOBH’ season 9 feuding right out of the gate! Read inside for an EXCLUSIVE interview with Kyle about their fight!

With the premiere episode of Real Housewives of Beverly Hills on Feb. 12, viewers began to see what led to the feud between previous long-time friends Kyle Richards, 50, and Lisa Vanderpump, 58. While the fight seemed to initially start with a mixup at Lisa’s charity Vanderpump Dogs, the feud has clearly developed into something much larger, leading to Lisa kicking Kyle out of her house on the premiere episode! HollywoodLife spoke with Kyle EXCLUSIVELY about what went down during filming, and Kyle revealed that it was a hard time for her.

“It was just so crazy right out of the gate,” Kyle told HollywoodLife EXCLUSIVELY at the premiere Real Housewives of Beverly Hills season nine at Gracias Madre in West Hollywood. “I kept thinking, ‘Is it going to slow down? Are things going to work itself out?’ But it just stayed that way the entire season which I never really had. It was very stressful for everybody in the cast.”

Kyle said that she’d be up to making amends with Lisa and her husband Ken Todd, 61. “I never intended for it to be that,” Kyle said about being kicked out of Lisa and Ken’s home on the season opener. “I went to have a conversation between two friends and when it turned so horribly wrong I was really taken aback and I really never imagined – if I ever thought there was a chance of that happening, things would be very different. I was just being honest and speaking my truth. It’s our job on the show, it’s our life, to be honest about things and sometimes that’s hard because if you love someone and they’re your friend, it’s hard to be honest sometimes because they’re not going to like what you have to say.”

Even though Kyle said that Lisa and Ken have been “not showing up or running away” at events with other housewives, we’ll have to wait it out and watch more of the season to see how things between them have gotten so bad! Hopefully, these two former friends can make up in the future.