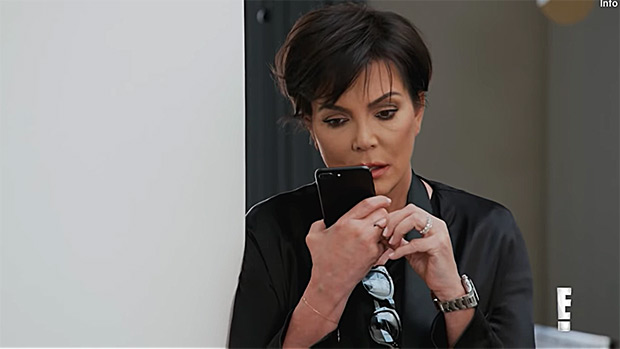 Khloe Kardashian goes into labor in this brand new ‘KUWTK’ preview! — See Kris Jenner and Kim rush to be by her side in Cleveland!

We finally get to see Khloe Kardashian‘s child birth during an  all-new Keeping Up With the Kardashians this Sunday, November 4! In the preview clip, Kris Jenner, 62, is seen in a panic as she gets a call that Khloe, 34, is in labor! As you may know, Khloe gave birth to True Thompson on April 12, in Cleveland, Ohio. — Watch Kris and Kim Kardashian, 38, drop everything to jet off to Cleveland in the above preview!

The clip opens with Kris telling Khloe’s OB/GYN, Dr. Thais Aliabadi that her daughter is in labor. During the phone call, Kris asks the MD if she could be at the airport by five. The scene takes place at Kourtney’s house, where grandma MJ is seen seemingly trying to calm Kris down. Meanwhile, Kourtney, 39, and Kim are on a Skype call for work. Kris was part of the call until she learned that Khloe was in labor!

After wrapping up her call with the OB/GYN, the famed momager informs Kim and Kourtney that she’s “gotta go” and asks them to put the Skype call on “pause.” Kris says: “I just moved the plane up and I think she’s in labor.” She adds: “I knew we should’ve gone last night, I knew it.” As Kris remains focused on getting to Cleveland as quickly as possible, she tells Kim and Kourtney they can fly out in a few days.

As Kourtney advises the family to call Corey Gamble, Kim decides to skip her high school reunion and join Kris on the early flight to Cleveland. “You know, when there’s something crazy that goes on in our family, we just always drop everything that we’re doing and go be supportive to them,” Kim says at the conclusion of the clip. “I obviously wanted to go to my reunion and I wanted to make both work, but since my reunion is in two days it’s like game over, it doesn’t matter. I’m gonna go to Cleveland and be there for her.”

This Sunday’s all-new episode of Keeping Up with the Kardashians will be jam-packed with moments we’ve been waiting to see. The network also teased that we will see the moment Khloe is blindsided by “some devastating news” about her relationship just days before her due date. And, it’s safe to say this is about Tristan Thompson‘s cheating scandal, which went public a few days before Khloe gave birth. We will also see Scott Disick, 35, and Kendall Jenner, 22, team up to do some extreme sports.

Keeping Up With the Kardashians airs Sundays at 9 PM, only on E!