Kroger CEO Rodney McMullen said Monday the company has been working with its manufacturers on how they can work together to reduce costs as its customers remain under financial strain.

"About half of our customers are under a lot of strain from a financial perspective … their wages haven't kept up with the inflation they've incurred," McMullen said during a keynote session at NRF 2023: Retail's Big Show in New York City on Monday.

McMullen said the company is always thinking about how to make things affordable and accessible for its customers, especially as they remain under pressure from inflation, which he predicts will moderate or flatten toward the end of the year.

"Our expectation is as you get later in the year, you start seeing quite a bit of moderation in inflation or flat inflation," McMullen said. "We still don't see much deflation now."

KROGER, ALBERTSONS TO MERGE IN $24.6B DEAL

As the next group of chickens come along and lay eggs, "you should start seeing some deflation in a few categories, but not a lot."

Eggs prices have shot up considerably in recent months due to a lingering bird flu outbreak combined with soaring feed, fuel and labor costs.

While inflation declined to 6.5% in December compared with a year earlier, marking the sixth straight year-over-year slowdown, It's still about three times higher than the pre-pandemic average, underscoring the persistent financial burden placed on shoppers. 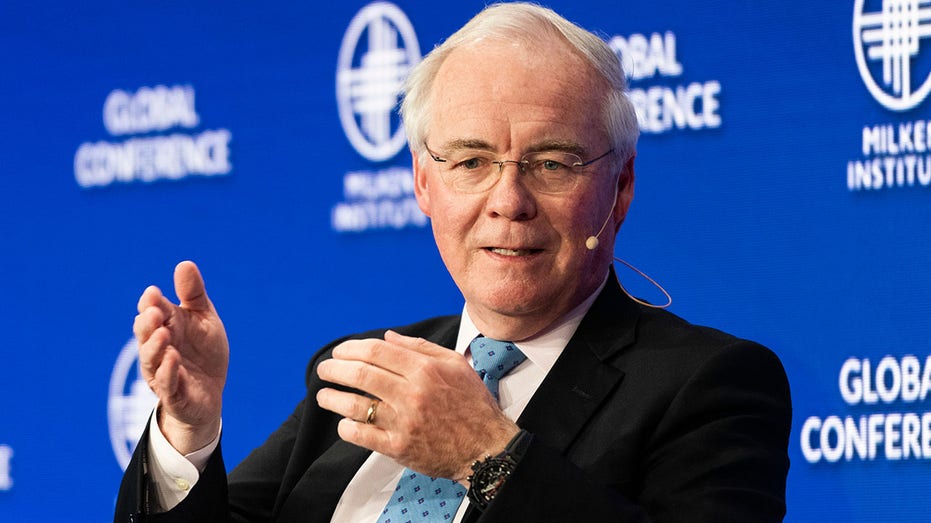 McMullen reiterated Monday that its merger with Albertsons will help in its effort to cut down on costs and lower prices for shoppers.

McMullen said the merger with Albertsons will "create a tremendous amount of synergies." 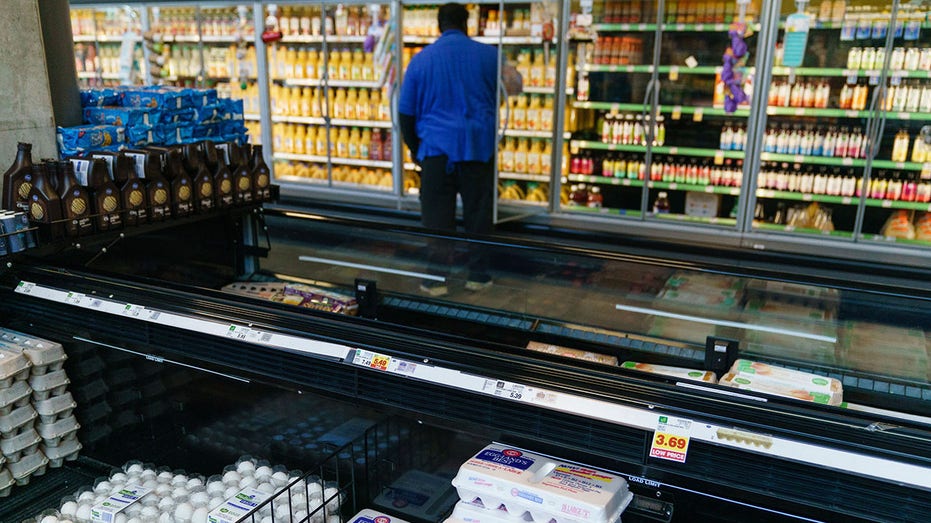 Eggs and dairy products are seen in a Kroger supermarket on Oct. 14, 2022, in Atlanta. (Elijah Nouvelage/AFP / Getty Images)

In October, the company said in a statement that it plans to reinvest $500 million of cost savings from synergies to reduce prices for customers.

"Every store that we keep, we know we will begin lowering prices day one," McMullen said during the keynote session at NRF 2023.

McMullen said the company has reduced pricing by more than $5 billion since 2006 on an annual basis.

In the meantime, the company says it has been leaning on electric coupons to help customers stretch their budgets. 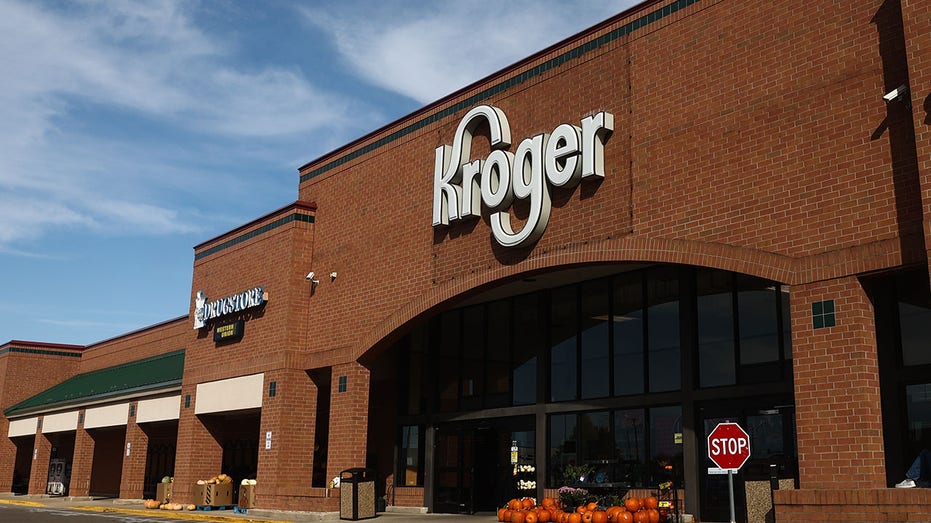 Kroger CEO Rodney McMullen says the company has been working with its manufacturers on how they can work together to reduce costs as its customers remain under financial strain. (Jakub Porzycki/NurPhoto via Getty Images/File / Getty Images)

But it also noticed that, in some areas, its own brands are "gaining meaningful share" of the market, according to McMullen.

"What we find is customers switched to our brands, initially to save money … when they switch, they stay with us, even when their budget gets a little less strained," he said.

FOX Business Megan Henney and the Associated Press contributed to this report.