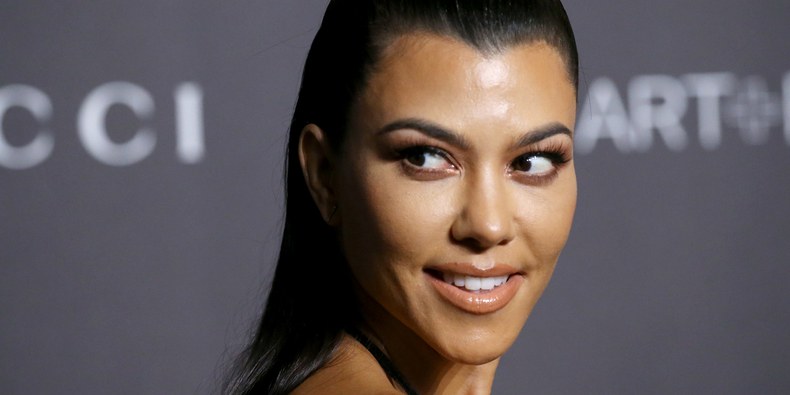 Because she's lived out a large chunk of her life in the public spotlight, Kourtney Kardashian's love life is the subject of much speculation. Do you know who else's love life is the subject of much speculation? John Mayer, who has dated quite the share of his fellow celebrities. Now it seems that Mayer has set his sights on the eldest Kardashian-Jenner. But just because they both know what it's like to be famous, doesn't mean they're a match—no matter how hard Mayer tries.

The singer and songwriter recently put himself out there when he ran into Kardashian at GQ's Men of the Year party last week and did his reputation no favors. He allegedly used the pickup line that it was “sweet serendipity” when they met and suggested that they "meet up again soon," as a source revealed to Us Weekly, adding that Mayer "seemed very into her."

But Kardashian wasn't feeling it. She, like some of the other women Mayer has seen, would rather be single than date him. A source close to Kardashian confirmed as much to E! News, saying, "They connected, but Kourtney really didn't think twice about it. Kourtney thinks John is definitely charming, but they don't have any scheduled plans to see each other as of now. She loves her freedom and has been very invested in the holiday season with her kids."

Another source confirmed as much back in October after Kardashian and Sabbat were spotted on a date night at Los Angeles's Peppermint Club, and Sabbat was later seen holding hands with another woman. "She's loving being single and just having fun with no strings attached," the source told E! News at the time. "She has the attitude that whatever happens, happens. She's not going to label anything or get too serious unless she's really crazy about someone." For once in the Kardashian-Jenner universe, there's no drama here.