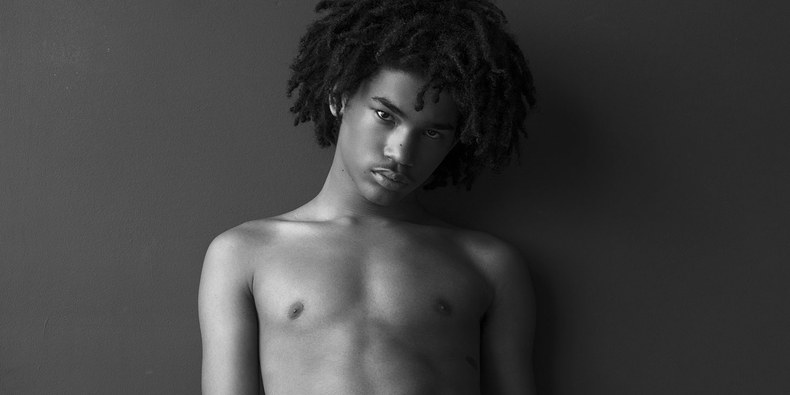 A few days after Kourtney Kardashian politely declined 41-year-old John Mayer's unwelcome advances, the 39-year-old appeared to still be open to spending some time with Luka Sabbat, the 21-year-old model-slash-influencer-slash-Grown-ish-actor whom she maybe or maybe not was casually dating when he was 20 earlier this fall. (They were first reportedly spotted "getting cozy" with each other over a weekend of partying in September, a month after Kardashian and her 25-year-old model boyfriend Younes Bendjima apparently called things off.)

Whether or not they, too, were also a couple, Kardashian and Sabbat are still at the very least on friendly terms—and rather close ones at that, given that Kardashian apparently invited Sabbat to join her family in celebrating her son Mason Disick's ninth birthday over the weekend, which saw her throw a Fortnite-themed party complete with bean bags, projectors, and and an 11-year-old "kid DJ" in her backyard.

Naturally, Kardashian documented it all on her Instagram Stories, which is where Sabbat made his surprise appearance, briefly showing up between shots of Khloé Kardashian and her daughter True Thompson, as well as Kylie, Kendall, and Kris Jenner. (Dream Kardashian appears to have been a no-show—or returned to being excluded from family gatherings.)

While Kris Jenner made sure to stand out in a matching tartan Burberry coat and beret, which she showed off on the "hip-hop dance floor," Sabbat kept it low-key in all-white ensemble, valiantly joining in on the group effort to dismantle one of the party's horse-shaped piñatas.

Meanwhile, on the other side of the globe, Mason's father Scott Disick was also having a grand old time of his own while on vacation with his 20-year-old girlfriend Sofia Richie in Saudi Arabia. Congrats to the whole fam on an all-age inclusive weekend of good, clean fun!