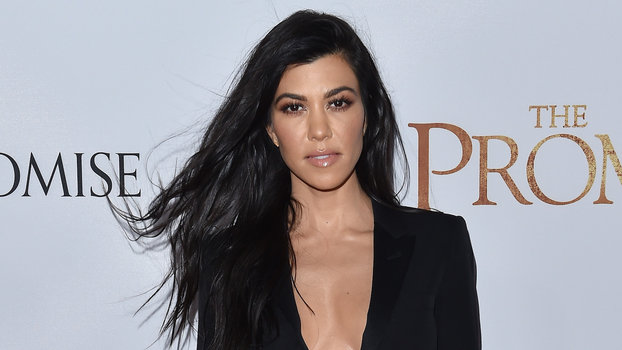 Kourtney Kardashian is being criticized for not cutting her son Reign’s hair.

The Keeping Up with the Kardashians star, 39, who frequently shares photos on social media of all three of the children she shares with Scott Disick, came under fire on Sunday, after posting a photo with her 3-year-old son.

In the image, Kardashian wears a bikini while doing some Christmas shopping on her laptop, as her son, also wearing a swimsuit, stands nearby.

“Christmas shopping,” she captioned the image.

Although many fans simply commented on the photo by asking whether the reality star could also pick up something for them, some social media users took the opportunity to mom-shame Kardashian over her son’s long locks.

“Cut his hair. So rediculous [sic],” wrote one troll. “And don’t state that he wants it that long. Dear god, he is a child, he does not know any better. You did the same with Mason. What is your point?”

Other commenters expressed frustration over having trouble telling Reign apart from his 6-year-old sister Penelope, who also has long hair of a similar color.

In addition to complaining about Reign’s hair length, numerous social media users also shamed Kardashian for not giving her son a towel, as they thought he appeared to look cold in the image. “Dude your kid looks freezing, aren’t u gonna do something,” wrote one critic.

Others slammed Kardashian for saying she was shopping in the photo caption, arguing that she should have been paying more attention to her child.

Still, despite the opinions of some, just as many commenters came to Kardashian’s defense, pointing out that the length of a child’s hair isn’t important.

“Comments regarding innocent children are so unnecessary,” wrote one Instagram user. “He’s a little boy for goodness sake…long hair, short hair, no hair…does it really matter?”

RELATED: This Video Has Fans Speculating That Kourtney Kardashian Is Pregnant

Another fan pointed out that many male celebrities — including Harry Styles — have had long hair, and nobody seems confused about their sex.

“All these people out here tryna say they confuse Reign for a girl simply cos he has long hair,” the user wrote. “Oh yeah, I mistake Harry Styles and Jared Leto for women all the time smdh get a life! He looks fabulous, the same as the rest of the family.”

“Stop shaming this amazing mom!” wrote another supporter. “And for the rest of the judgmental a—, this is not your son to say to cut his hair or you can’t tell him or P apart; it’s NOT your child! People said the same to me about my sons long hair, he loved it, I loved it, that’s all that matters!”

Although Kardashian has yet to respond to the criticism over her child’s hair, she did recently shut down speculation that she was pregnant, after posing with her hand on her belly during a Thanksgiving video.

The reality star spent Thanksgiving with her famous family in California, and could be seen striking a pose that had fans questioning whether she had a fourth child on the way in a video shared by sister Kendall Jenner.

“Is Kourt pregnant?” a fan asked in the comments section, to which the non-expectant star replied jokingly, “No, but how good does my arm look in that last photo?” in reference to the final image in Jenner’s post that showed Kardashian loading up her plate.