Kim Kardashian wants to look like a ‘future alien Barbie’

Critics are now coming after Kim Kardashian for having an incredibly “uncomfortable” office.

TikTok user @Kardashianicon recently re-posted a clip of the Skims founder, 41, giving followers a tour of the highly stylized space.

Footage shows guest chairs with an angular back and a thin, leather-covered cushion, along with an office chair made from wood.

“I think i just found the most uncomfortable looking chairs ever 😂,” text over the clip read, which several users agreed with in the comments section.

“I would rather sit on the ground✋🏻💀,” one follower wrote, with another adding, “Those are don’t stay too long chairs.”

A third person chimed in, writing, “Me thinking about how even more messed up my back would be if I had to sit on that wooden chair for 8 hours.” 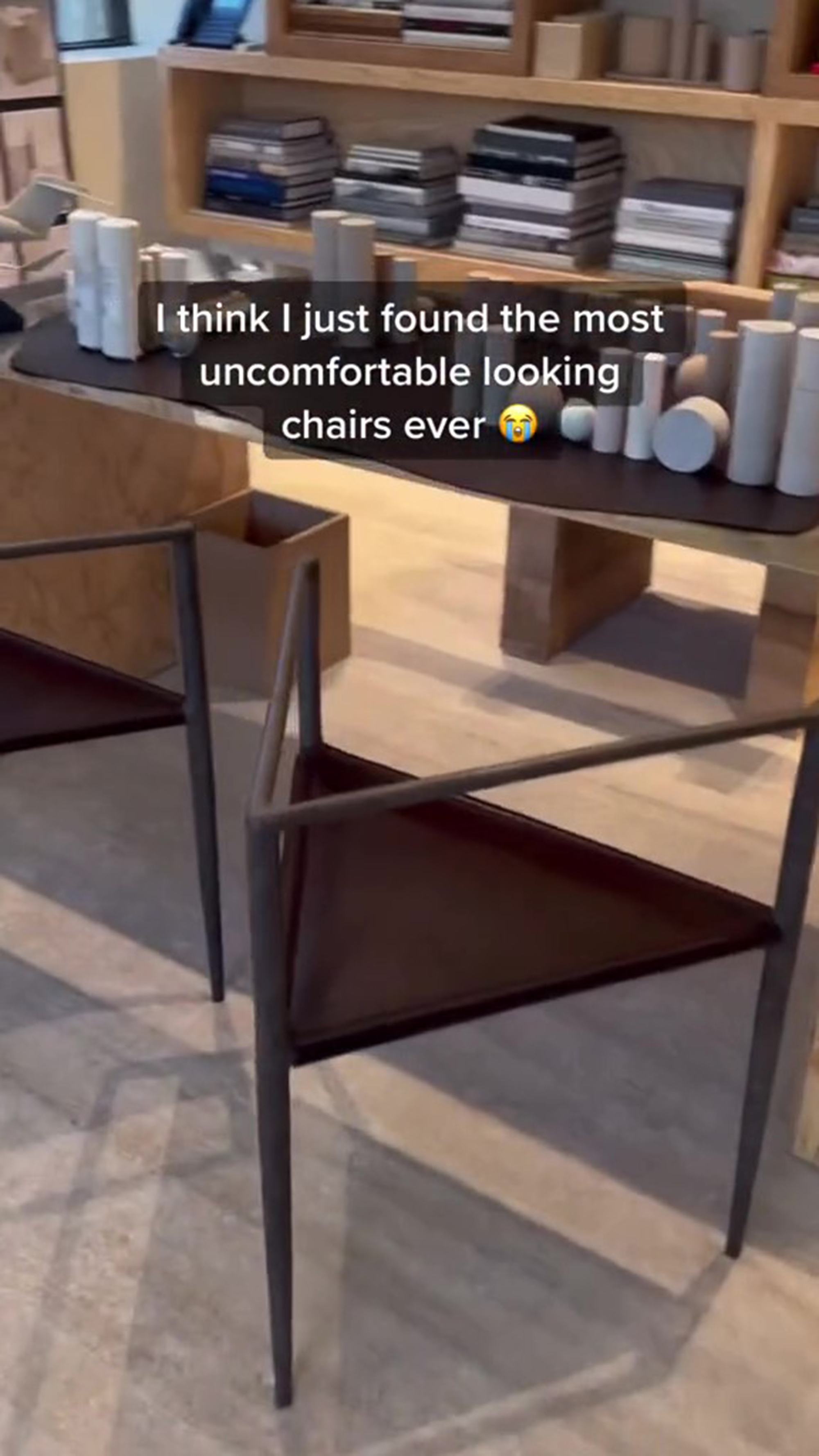 Kardashian did have some supporters, however, who defended the furnishings as aesthetic choices made for decor purposes, not comfort.

“i love watching people hate on kims furniture thats literally kinda scandinavian looking😅,” one fan argued, with another noting, “She knows that’s for decorative purposes only. She probably doesn’t even use that office at all.” 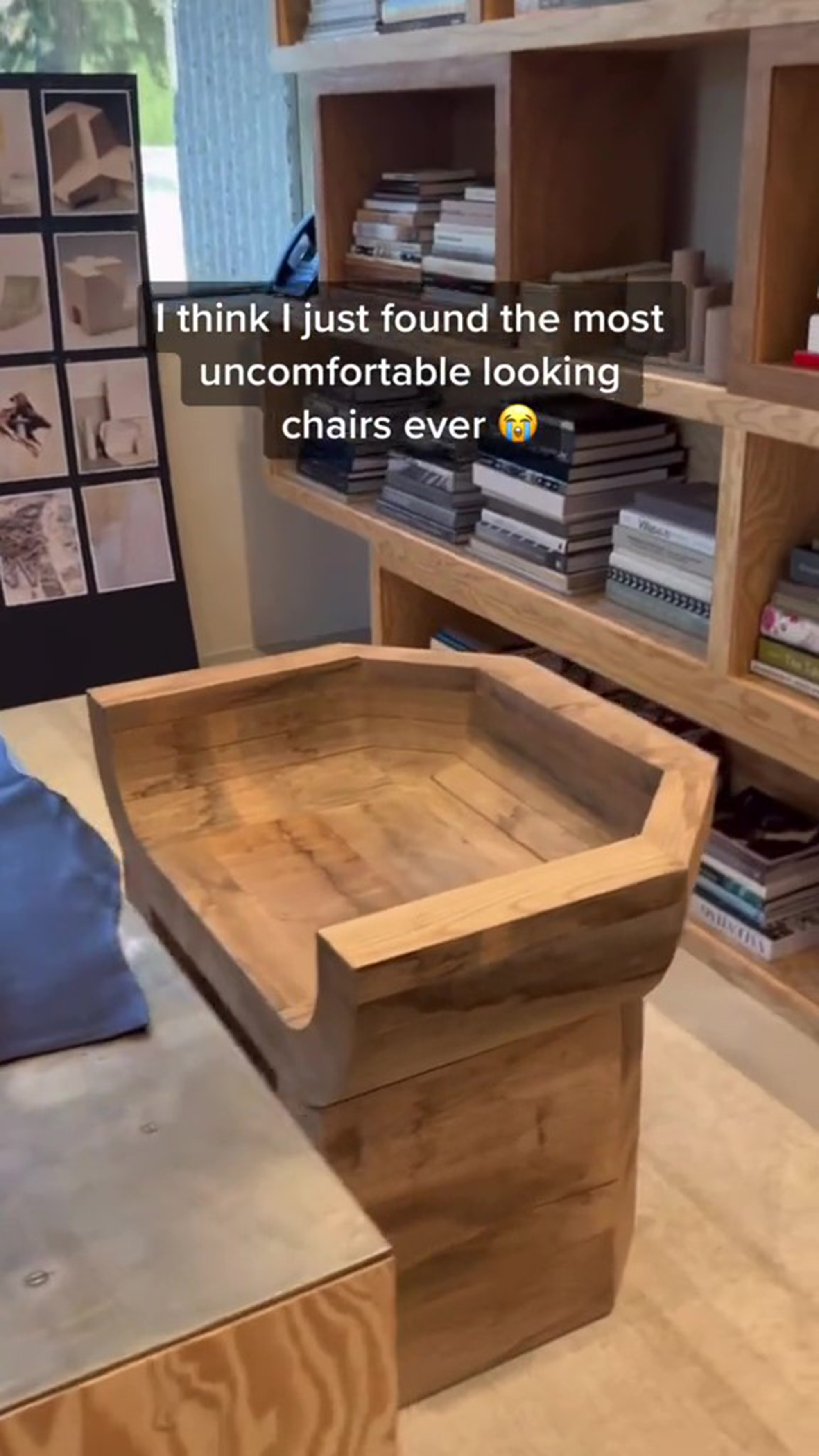 “I suspect that all Kardashians have their ‘museum house’ and other secret house where they can normally sit and where sinks do exist,” another supporter wrote.

This unfortunately isn’t the first time Kardashian has received backlash from critics this week. The “Kardashians” star recently got heat for scolding her and ex Kanye West’s two sons – Saint, 6, and Psalm, 3 – for being disruptive during her appearance on “The Tonight Show Starring Jimmy Fallon.”

This came just days after Kardashian reprimanded Saint for speaking inappropriately during an Instagram live session.