Still making plans for the future. Kim Kardashian and Pete Davidson aren’t giving up on love after their split, a source exclusively tells Us Weekly.

Kim Kardashian and Pete Davidson: The Way They Were

“Kim wants to get married again and Pete wants to have kids — none of that has changed,” the insider says. “It just wasn’t meant for it to be with each other.”

Us confirmed on Friday, August 5, that Kardashian, 41, and Davidson, 28, pulled the plug on their romance after nine months of dating. The Saturday Night Live alum was the Kardashians star’s first relationship following her divorce from Kanye West.

“There truly wasn’t drama between them when they decided to separate,” another source told Us. “It was something they talked through; it wasn’t a sudden breakup. They each have busy schedules and the distance made it hard. Kim travels a ton and it was hard for Pete to keep up, especially with his filming schedule.”

The source added, “They had a lot of fun together and they can look back with fond memories.” 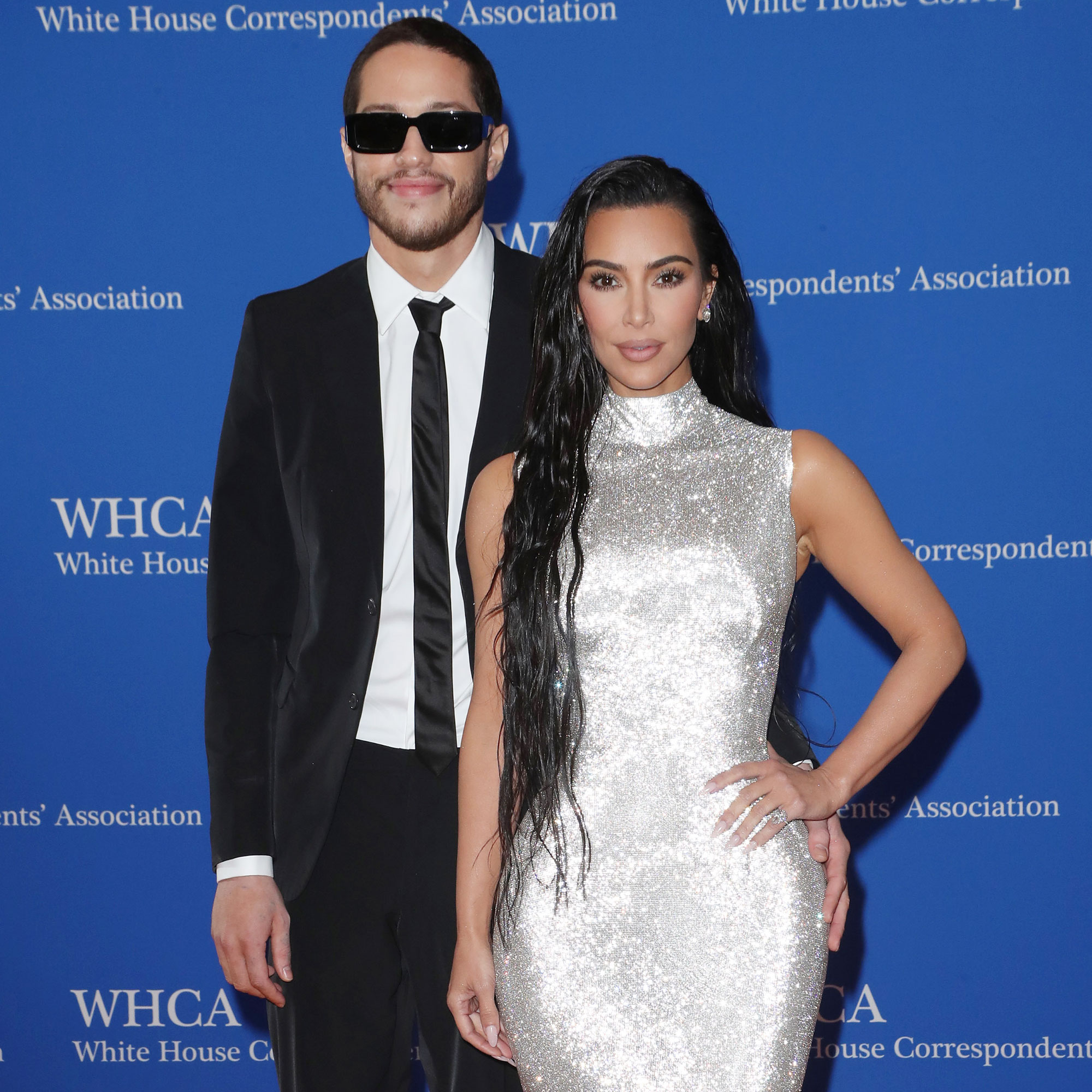 During their romance, Davidson met Kardashian’s four kids — North, 9, Saint, 6, Chicago, 4, and Psalm, 3 — whom she shares with West, 45. The comedian revealed last month that he wants to have kids of his own too.

“[I’m] definitely a family guy,” Davidson told Kevin Hart on Peacock’s Hart to Heart. “My favorite thing ever, which I have yet to achieve, I wanna have a kid. That’s like my dream.”

The rapper, meanwhile, made it clear during the relationship that he didn’t approve and celebrated their breakup via a fake newspaper headline that read “Skete Davidson Is Dead at Age 28” on Monday, August 8.

“Kim is furious with Kanye for posting Skete is dead,” a source told Us. “It’s another one of his outbursts and it’s not a joke to her. She doesn’t take his attacks lightly and demanded he take it down.”

Everything Kim and Her Family Have Said About Pete on ‘TheKardashians’

Kardashian previously slammed her former spouse for his social media activity, writing earlier this year that she “wanted nothing but a healthy and supportive coparenting relationship” with West.

“Divorce is difficult enough on our children and Kanye’s obsession with trying to control and manipulate our situation so negatively and publicly is only causing further pain for all,” the reality star said in February. “It is what is best for our children and it saddens me that Kanye continues to make it impossible every step of the way.”

While the first source adds that it’s “upsetting for both of them,” Davidson “is focusing on filming and his career.”