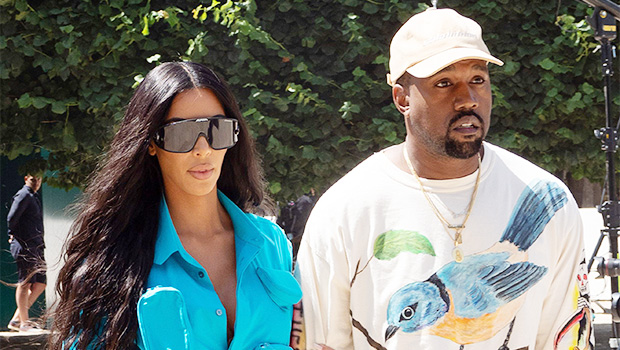 Kim Kardashian and Kanye West‘s mansion is being immediately threatened by the Woolsey Fire, as flames have encroached onto their property in their backyard, according to TMZ. As a result, a source close to the couple told HollywoodLife EXCLUSIVELY that Kim and Kanye are “beyond terrified.” On top of that, another source admitted to HL that during this scary time, their family’s safety is of the utmost importance to Kimye. “Kim is most concerned with the safety of her family especially after the whole Tekashi drama,” our source said. “A lot of things are on Kim’s plate right now but material things aren’t one of them. The safety of her family and neighbors and first responders is definitely on her mind.”

Despite the fear that they may lose most of their valuables, they’re keeping everything in perspective. “Cars and jewelry and clothes can all be replaced but lives can’t and she is definitely making that the utmost importance for her thoughts,” our source went on to say. We sincerely hope that Kimye’s house remains unaffected by the approaching flames.

Kim previously gave her fans a glimpse into the chaos surrounding the fire by sharing an aerial shot of the flames. In addition to the video, Kim wrote, “Pray for Calabasas. Just landed home and had 1 hour to pack up & evacuate our home 🙏 I pray everyone is safe,” she captioned one of the videos.

We’ll keep you posted with all of the latest news surrounding the fire. In the meantime, check out all of Kim and Kanye’s sexiest pics in our gallery above.