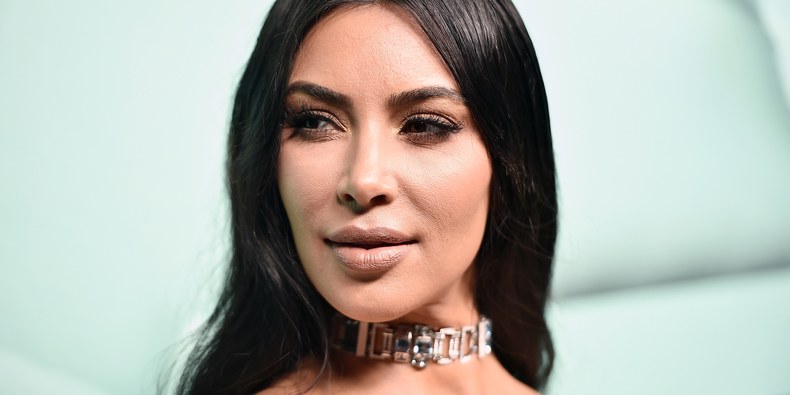 If you've ever watched Keeping Up With the Kardashians then you've likely seen one of Kim Kardashian's trips to her plastic surgeon. On the show, she's been open about her use of fillers, but one area that she has continuously denied ever having gotten work done on is her nose. This past weekend, Kardashian denied ever getting a nose job once again, this time telling her makeup artist Mario Dedivanovic during a class together that her nose simply looks different in pictures because of her different makeup approaches.

Apparently, Dedivanovic contours her face in a way that changes the appearance of her nose bump. “I never had my nose done," she told Dedivanovic, per People. "Everyone thought I did, and I said wait until I have kids because your real features come out.” Kardashian also acknowledged that her nose does look different from picture to picture, saying, “Pictures, I swear, I look at them and would be like, ‘Wow the bump looks so much bigger in some pictures than in others.’”

One of the last times Kardashian debunked speculation that she had gotten a nose job was in 2012 when she explained that, because of contouring, her nose always looks different. "Everyone always thinks I've had my nose done or my lips done or just anything to my face like besides Botox, which to me isn't plastic surgery,"she told Harper's Bazaar. "People always say I've had a nose job and they'll use before and after pictures but the after picture is really taken before. It's so funny, it just depends on how your nose is contoured."

A year later, Kardashian also denied that she had gotten liposuction, saying, "I am very frustrated today seeing reports that I got surgery to lose my baby weight! This is FALSE. I worked so hard to train myself to eat right & healthy, I worked out so hard & this was such a challenge for me but I did it!!! I'm so proud of my accomplishment & NO ONE will take this away from me with fake reports!… Say what u want about me but I work hard & am the most disciplined person you will ever meet!"

Kardashian is so disciplined that she has trained herself not to smile to avoid getting lines, which she also revealed in the same class. That is dedication.