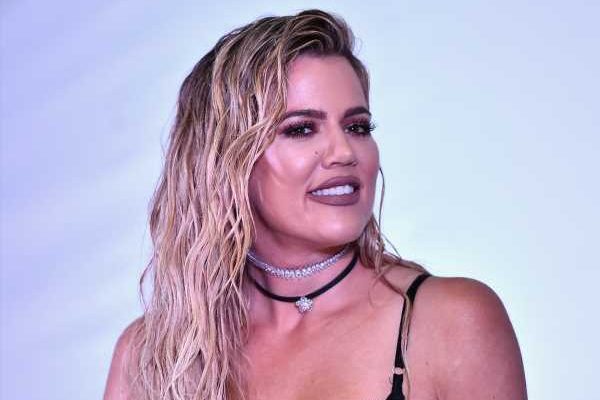 The Kardashian kousins know how to have a fun time! On Saturday, April 27, Khloé Kardashian shared a photo of True, North and Penelope playing together and the sweet snapshot shows just how strong the bond between the youngest generation of the famous family really is.

In the photo, the adorable trio enjoy some fun in the sun, with Penelope, 6, rocking a straw sunhat and sitting behind True, 1, and supporting her from behind. Meanwhile, North, 5, lies down on her stomach, making a goofy face at her baby cousin. "♡ Happily Ever After ♡" Khloé caption the photo.

The trio’s playdate comes just a few weeks after True’s elaborate, fairy tale first birthday party, which Khloé hosted at her home on April 15. To celebrate, the Good American founder wrote a gushing post about how much her baby daughter means to her, and how much her life has changed since becoming a mother. "Happy birthday my sweet True!!" Khloé wrote alongside a slideshow of True surrounded by pink and red balloons. "You are my ultimate True love! I am honored and so thankful to be your mommy! Today and until the end of time, I love you!! We have forever."

In addition to sharing her love for her daughter all over social media during the past year, Khloé has also chronicled the adorable bond that the one-year-old has formed with her older cousins. Back in August, the reality star shared a series of pictures from a goofy "photo shoot" that True modeled for with Penelope, gushing that moments like those that she had dreamed about since becoming pregnant. "These are the moments I’ve been waiting for!!! ???" Khloé wrote on Instagram. "how blessed am I?!?! P is an incredible photographer! And True is a very good baby model lol (she sort of had no choice)"

A month earlier, Khloé wrote in a post on her app that one of the reasons she decided to return home to L.A. to raise True was so that she’d be able to have a strong relationship with her family. "I’m over the moon about being home!Of course, I missed my actual house immensely while I was in Cleveland — there’s nothing like enjoying your own home," she wrote at the time. "I’m most excited about being so close to my family. Getting the kids together and having True do all of her classes with her cousins is a great feeling!"

In true Kardashian fashion, Khloé later chronicled those cousin baby classes on her Instagram Story in January, where "the triplets" — as Khloé jokingly referred to True, Kylie’s daughter Stormi and Kim’s daughter Chicago in her post — enjoyed playing music together. "The three little girls are gonna grow up together," Kim told ET in June about how happy she was that the sisters’ children were born months apart. "Chi and Stormi are just two weeks apart and then True is just a few months behind so that’s really exciting."

She echoed those sentiments to youngest sister Kylie — who welcomed daughter Stormi in February 2018 — in a conversation with Kim for the Evening Standard back in May. "I think recently you have become closer to all the sisters, especially me and Khloé, because we were all expecting at the same time," Kim said. "Our daughters are two weeks apart, so that’s really cute, and they’re like best friends."

"It was so much fun [being pregnant at the same time as Khloé]," Kylie responded. "We would just experience everything together. I was a little bit ahead of her, so we were both doing it for the first time … So we would talk, like, on a daily basis about everything." It turns out that the Kardashian cousins were destined to be best friends, even before they were born.