Looks like it’s a magical and memorable birthday for Rob Kardashian. On Saturday, March 16, he celebrated his 32nd birthday with a big celebration thrown in his honor by his big sis, Khloé Kardashian. Khloé Kardashian’s birthday party for Rob with Dream included a St. Patrick’s Day theme and featured festive art, glitter, and most importantly, yummy treats. And honestly, it might even make you want to jot down notes for your own birthday celebration.

What makes this all even cuter is that, according to a note on Khloé’s Instagram Story, the shindig was Dream’s idea. While Kardashian’s actual birthday is March 17, Dream will apparently be in her mom Blac Chyna’s custody that day, so they decided to throw the bash one day early. The guest list included a bunch of Kardashian Kiddos, including Chicago and North West, True Thompson and others — and yes, the party looks just as awesome as you’d expect it to be.

One photo of the event shows an all-white cake, decorated with green garnishing and gold candles, that read, "Happy Birthday Daddy." Another shows a table filled with tiny cupcakes that were decorated with similar toppings. And others show his mini-me Dream, sitting on the table, dressed in a green outfit, and smiling from ear-to-ear while appearing to cut a slice of the cake. 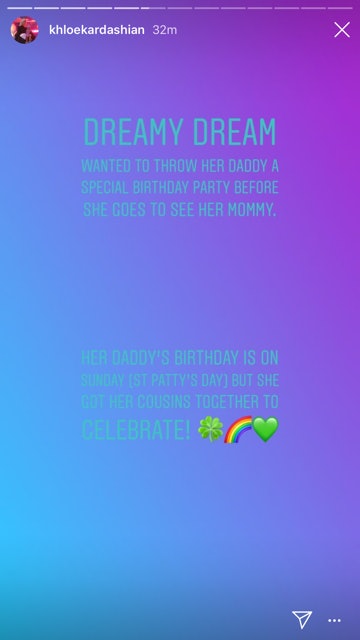 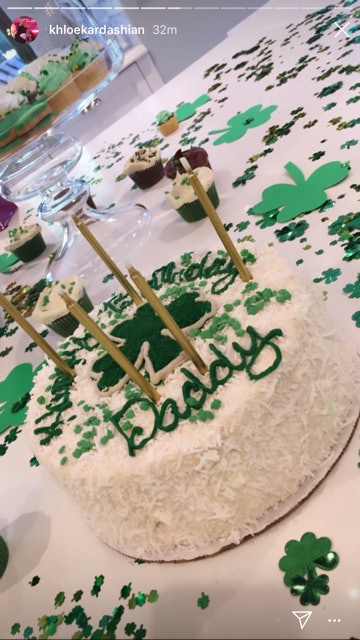 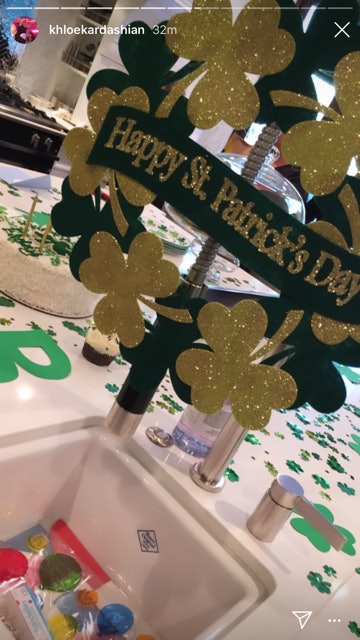 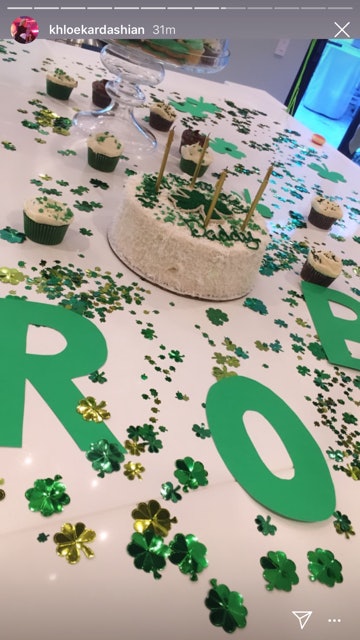 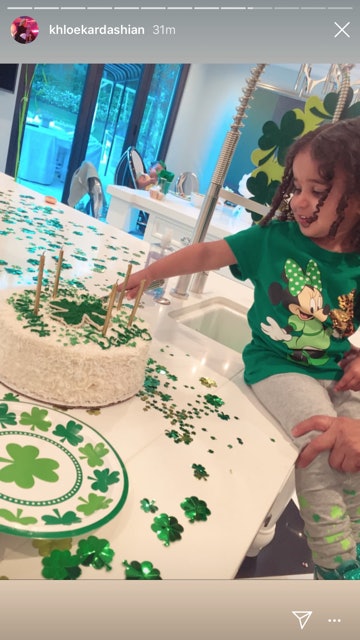 See what I mean? This seems to breathe #PartyGoals. And more importantly, there’s really nothing like getting to spend your birthday with the people you love the most, IMO. Elite Daily reached out to his representatives for comment on any other birthday plans Kardashian might have, but did not immediately hear back.

On another note, I personally can’t get over Khloé mentioning Blac Chyna in her Instagram. OK, so it wasn’t the biggest mention, but it’s still something. And it’s kind of a shock considering how the relationship between Chyna and the Kardashian family has torpedoed over the years.

As you’re probably aware by now, both parties have gone off on each other various times for various reasons. However, it appears that Kardashian and his ex-fiancée are letting bygones be bygones and moving forward in a positive way.

On Feb. 26, after it was reported that the pair had settled its "custody war," Kardashian posted a warm message to Twitter, writing, "Angela and I are both actively co-parenting and there are no pending or active custody cases. Elite Daily reached out to Chyna’s and Kardashian’s teams for comment on the report, but did not hear back by the time of publication.

Responding to his tweet, Chyna quoted the post and wrote, “Robert and I only concern is what’s in the best interest of our daughter that we both equally love. Additionally, Robert is a wonderful father to our Dreamy! ☘️”

Yep, between that, this party, and his reported return to Keeping Up with the Kardashians, it looks like this could be shaping up to be a really good year for Kardashian.

Here’s wishing him one, as well as a very happy 32nd birthday.