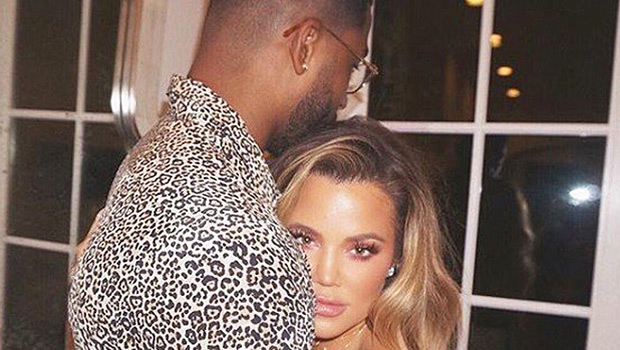 Khloe Kardashian is not ready to throw in the towel when it comes to her rocky relationship with Tristan Thompson but is she doing the right thing?

Khloe Kardashian, 34, has been continuing to try and make her relationship with baby daddy Tristan Thompson, 27, work after his shocking cheating scandal went public back in Apr. but some of her close family and friends believe it may not be a good thing. “Plenty of people in Khloe‘s life are questioning her decision to keep trying so much and giving so much to Tristan but it’s not their choice to make,” a Kardashian insider EXCLUSIVELY told HollywoodLife. “Khloe is following her heart and doing what she feels is best for her and her daughter. She doesn’t want to give up and Tristan has made it clear he wants a future with her and six-month-old True. People have accused her of being in denial about their future but Khloe insists she’s not in denial, she’s just choosing to move past the negativity and find happiness.”

Khloe’s ability to forgive and try to make things better between her and her basketball player beau is impressive considering how difficult things were for her in the days right before giving birth. The cheating scandal and Khloe’s labor were spotlighted in the latest episode of Keeping Up with the Kardashians and the new mom took to her social media account before it aired to reveal that it was tough for her to watch the intense scenes.

“Tonight’s episode is an uncomfortable and super emotional one for me, but when we signed up for this show over a decade ago, we signed up for a reality show, which meant showing you guys inside our lives, the good, the bad and the ugly,” Khloe wrote in a caption on Instagram. “To relive these moments all over again is incredibly difficult emotionally but I also hope that with every trail [SIC], tribulation and curve ball life throws at us, that we ALL get to learn from our journeys.”

Although Khloe has been working hard on the relationship, she admitted that her initial reaction to Tristan’s alleged cheating was a lot more intense than was seen on camera. She was in Cleveland, OH at the time, where Tristan’s basketball team, the Cleveland Cavaliers are based, and there were no cameras there to witness her response but she did give a hint as to how it was to her followers on Twitter. “Oh well thank God a camera was NOT with me in Cleveland!!! I won’t put in writing what I did but let’s just say he’s LUCKY I was 9 months pregnant,” she tweeted.