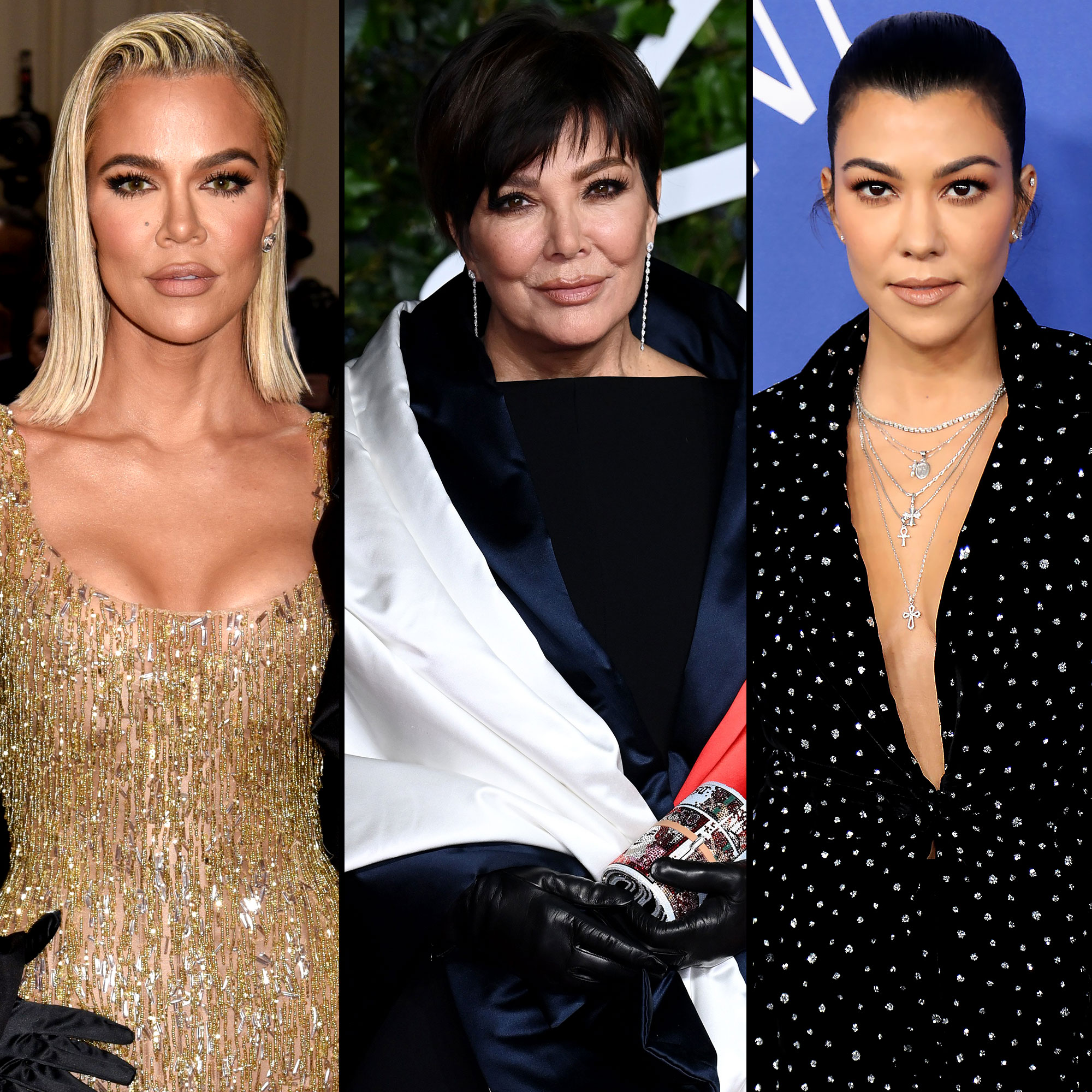 On her mom’s side. Khloé Kardashian weighed in after Kris Jenner‘s decision not to invite Kourtney Kardashian‘s kids to Travis Barker‘s proposal.

“Definitely a hard conversation to have especially right when you get engaged. I don’t think anyone knew what the right thing to do was in this situation. I think my mom did her best,” Khloé, 37, tweeted on Thursday, May 5, in response to Hulu’s new episode of The Kardashians.

The Good American cofounder pointed out that no one in the family had ill intentions. “I know for a fact that nothing was malicious. I think everyone was just doing the best they can with such a sensitive subject,” she added via Twitter.

During the new episode of The Kardashians, Jenner, 66, revealed to Kim Kardashian that only Barker’s children would be joining them for the proposal. “There was just no way to get that whole thing dialed then and then at the last minute Kourtney told Travis that Penelope wasn’t feeling well,” the momager explained. “His kids are going to come because they are older. And I am not sure if any of us know how they are exactly going to react. I think it is her decision to break it to her kids the way she wants.”

Kourtney, 43, shares Mason, 12, Penelope, 9, and Reign, 7, with ex-boyfriend Scott Disick. Barker, 46, for his part, shares son Landon, 18, and daughter Alabama, 16, with ex-wife Shanna Moakler. He is also a father figure to Atiana, 23 — who Moakler, 47, shares with ex Oscar De La Hoya. All three were featured on the episode.

Ahead of the proposal, which originally happened in October 2021, Jenner noted that there were also concerns about telling Disick, 38. “For us to have to lie to Scott and get them here under false pretenses would have been really hard for all of us,” she explained in the episode. “So this is the right thing to do and so that is the way I feel about it.”

Scott Disick’s Feelings About Kourtney Kardashian’s Relationship With Travis Barker: Everything We Know

Viewers later watched the mixed reactions that the children had when the Poosh founder called them with the exciting news. “Penelope took it hard. I think it is a big change for her,” Kourtney told Kim, 41, after her daughter started to cry and hung up the phone. “Even though she loves Travis, I think she doesn’t know what that means. Like is that taking me away? I think she just doesn’t know what it means.”

Footage also showed Reign reacting to the news, saying, “Not exciting.” Mason, however, didn’t have his reaction aired because he didn’t pick up his mother’s phone calls.

The Kardashian-Jenner Family: Get to Know the Next Generation

Kourtney, for her part, admitted that she was disappointed by Jenner’s choice. “I do wish that my kids were here. I think it would have made them feel more included in the decision and part of the surprise,” she said while visibly emotional. “I know that my mom made that decision and it probably wasn’t her best.”

At the end of the episode, Disick also weighed in after watching his children find out about Kourtney’s engagement through social media. “They were upset. They didn’t understand why they were watching TikToks of his kids there and they weren’t there. Hopefully, they are invited to the wedding,” the New York native told Khloé. “If I got engaged 50 minutes away I would have just said, ‘Someone just drive my kids here.’ And Penelope would have been ecstatic. We were acting as if the place was 10 hours away.”

New episodes of The Kardashians air on Hulu Thursdays.