Don’t count Kenya Moore out just yet. The pregnant reality star was seen filming The Real Housewives of Atlanta less than a month after she confirmed her exit from the Bravo series.

An insider close to production confirms to Us Weekly that Kenya, 47, attended and had a mic on at Cynthia Bailey’s event with Seagram’s Escapes on Thursday, October 25.

“Kenya was there and they were filming, but there’s no guarantee the scenes will make it into the season,” the insider tells Us. A second source alleges to Us that Kandi Burruss brought her former costar to the event planned by celebrity event planner Courtney Ajinca. “Bravo wasn’t expecting her. Production was surprised that Kenya showed.”

The second source also notes that Kenya “gave a heartfelt speech for Cynthia,” which was “really sincere and cute, but not necessary.” 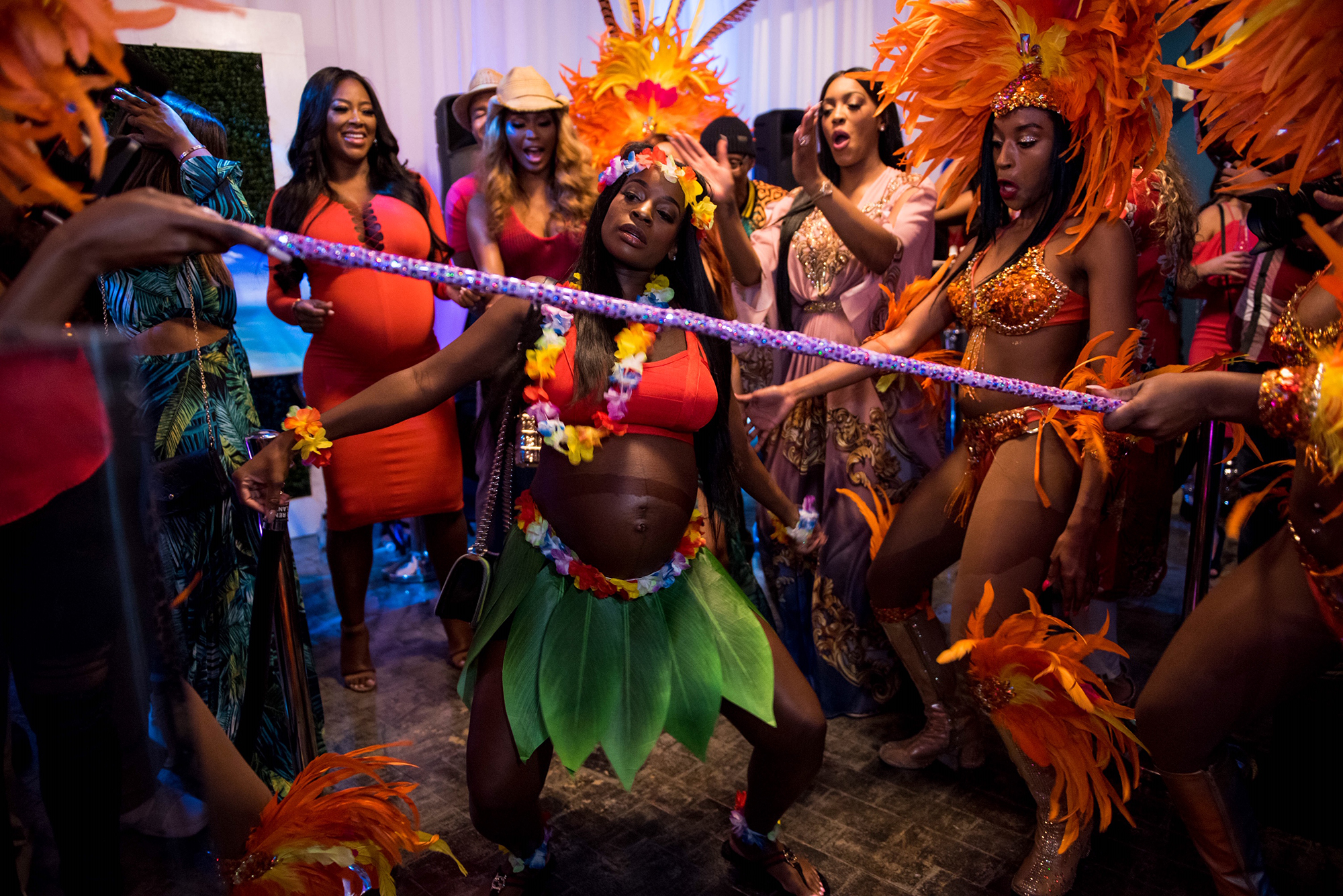 NeNe Leakes slammed the former Miss USA in a series of tweets earlier this month after she wasn’t invited to her baby shower. She also alleged Kenya, who is due next month, was no longer on the show because she refused to film with her husband, Marc Daly.

“U know there r people who like 2 b strategic around the premiere! They tend to use others name 4 a come up! Trust me, the girls on this season deserves 2 b here! That person that is NOT here is b/c they simply didn’t want 2 show their REALITY!” NeNe, 50, tweeted on October 23. “For those asking, i was definitely being sarcastic the other day but my well wishes were pure & from the heart! Bravo, Andy nor myself should be blamed 4 some1 wanting 2 b on a reality show & NOT show their reality! They choose NOT 2 let u in their life now flipping it #facts.”

According to second source, NeNe “got mad” at Cynthia during the event because she assumed the former model invited Kenya on Thursday.

“NeNe and Kenya did not interact. NeNe’s attitude changed the minute Kenya got there. She felt set up and production had to keep her there,” the second source tells Us. “NeNe brought it up with Cynthia again later.”

Kenya joined the cast of RHOA in 2012. She announced her departure after six seasons in a statement to Us on October 1.

“I have decided to take this season off to focus on my high-risk pregnancy in a healthy and drama-free environment,” she said at the time. “I thank Bravo for this amazing platform that has allowed me to grow, flourish and appreciate the value of what is truly important in life.”

The Real Housewives of Atlanta returns to Bravo on Sunday, November 4, at 8 p.m. ET.