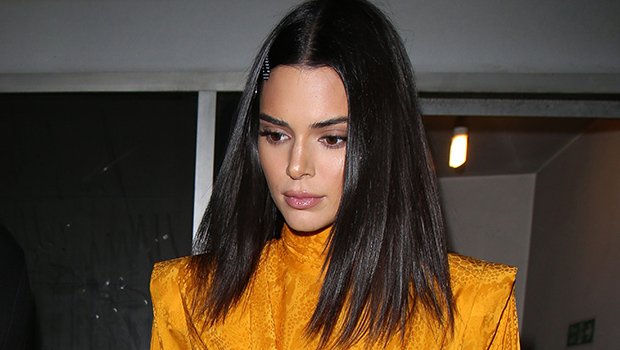 The Philadelphia 76ers suffered a crazy loss to the Cleveland Cavaliers on Nov. 23, and Kendall Jenner was in attendance, so naturally, fans are blaming the ‘Kardashian Curse’.

Is the supposed “Kardashian Curse” to blame for the Philadelphia 76ers loss on Nov. 23? That’s what fans are saying after Kendall Jenner, 23, attended the game so she could support her man, Ben Simmons. In the first quarter alone, the 76ers started off slow. They managed to tie things up by halftime, but after that, it all went downhill. In the fourth quarter, the Sixers were outscored by the Cavaliers by a margin of 37-29, which is pretty embarrassing when it comes to sports. Some fans are even saying it will go down as the worst loss of the team’s season so far.

Ben, 22, didn’t do so bad — he recorded a 22-4-10 double-double — but his team was outplayed. Did Kendall’s courtside appearance seal the team’s fate before the game was even played? A number of fans on Twitter believe so. “After last nights game I think it’s safe to say the Kardashian’s and Jenner’s are a curse upon this world and Philadelphia should not let Kendall or any of them in for another game,” one user wrote, while another added, “KENDALL JENNER SITTING COURTSIDE at home and Sixers lose. The Kardashian Curse is very real.” And that’s not all — another user said, “Kendall Jenner came to watch the 76ers tonight and they lost to the cavs AT HOME. If that doesn’t say Kardashian curse I don’t know what does.”

In case you’re unaware, the “Kardashian Curse” is a longstanding belief that the Kardashian family causes bad luck. Especially when they’re dating a sports player and attend one of the player’s games. Khloe Kardashian was often blamed for the Lakers and Mavericks’ losses while she was with Lamar Odom, and the same went for Kim Kardashian with ex-husband Kris Humphries and ex-boyfriend Reggie Bush. Kylie Jenner even acknowledged the “curse” during a June 2016 episode of Keep Up With The Kardashians: “The Kardashian curse is every male figure that comes and dates a Kardashian. Their life kind of just goes down hill after that.” We’re not sure whether she was joking, but it’s definitely a thing people talk about.

So is Kendall to blame for the Sixers’ loss last night? It depends who you ask. And just in case, fans seem to be hoping Kendall doesn’t make an appearance at the Barclay Center for the 76ers Nov. 25 game against the Brooklyn Nets.